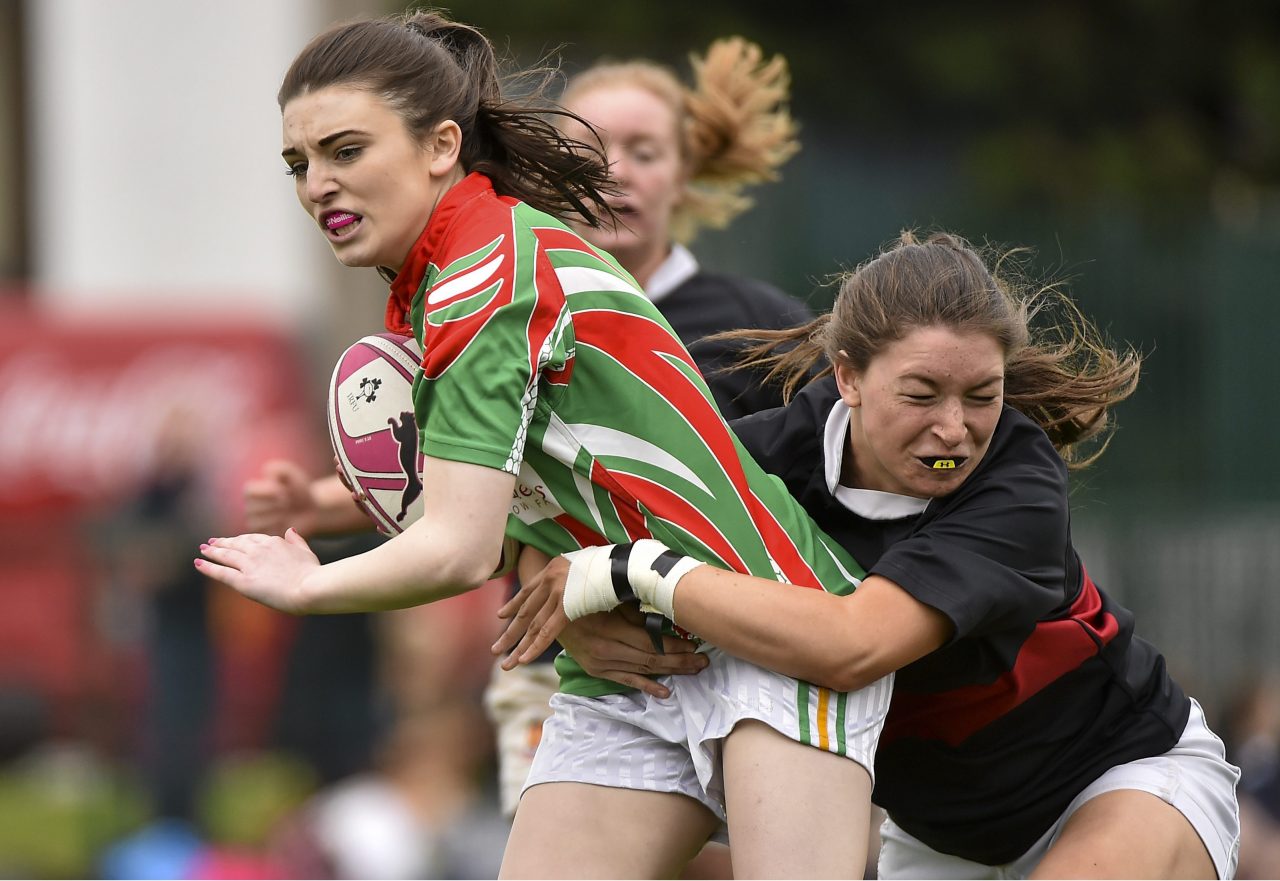 Over 200 players and 15 schools took part in the recent Bank of Ireland Leinster Schoolgirls’ Sevens Senior Blitz in Donnybrook and Leinster TV was there to capture the action and speak to Leinster and Ireland’s Hannah Tyrrell for Across The Laighin.

Tyrrell began playing rugby just 18 months ago with Old Belvedere and since then has won a 6 Nations title with the Ireland Women’s team and has become a part of the Women’s Sevens setup.

Speaking on Across The Laighin, Tyrrell spoke about the growth of the Women’s game in Leinster and Ireland in recent times and the growing popularity of sevens rugby.

“Every year we’re getting more and more girls playing, and the more success that the women’s game has is attracting more girls and getting more media involved. Just to see younger girls playing year in, year out is fantastic and is really great for the grassroots and development of the game.”

Leinster Women’s Development Officer, Jennie Bagnall, also spoke about the growing popularity of rugby among girls and how the Ireland players are getting out to meet young players at events such as the blitz in Donnybrook.

“This is our first competitive schools’ competition of the year, Bagnall said.”Teachers, parents – everybody seems to be getting behind it.

“Nora Stapleton has been out at all the events. We have four of the Irish Women (here today). They come out to everything. The girls are thrilled to meet them. The Irish Women are out meeting the players on the ground and it means so much to them.”

Click here for more episodes of Across The Laighin.

Click here to find out about the Leinster Girls’ School of Excellence.