Leinster U-18 Clubs battle past Connacht 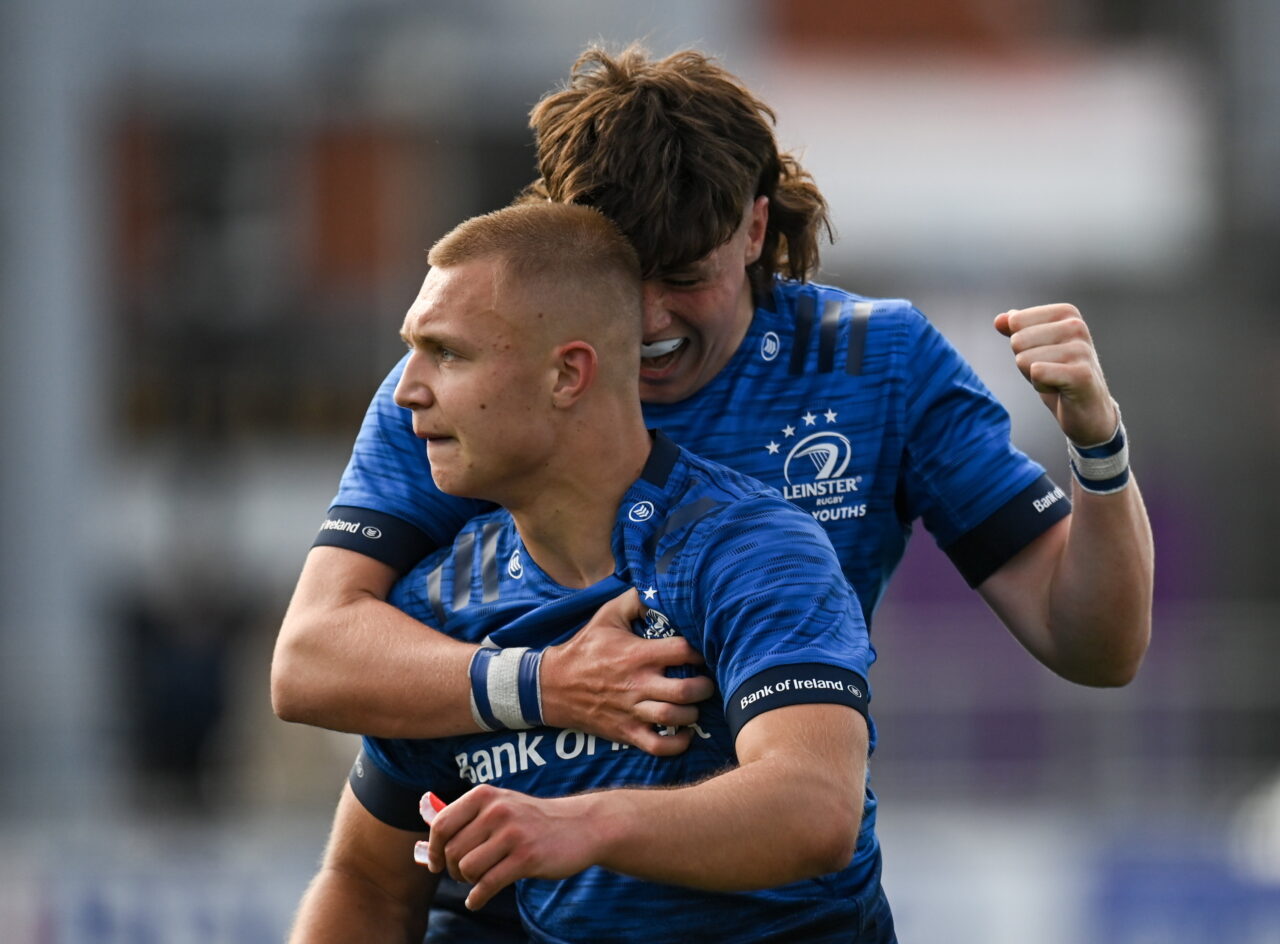 Leinster were pushed all the way to hold out for a win in this entertaining U18 Clubs Interprovincial encounter at Energia Park on Sunday afternoon.

The home side couldn’t have opened more impressively, winning back the kick-off by out-half Tom Larke and proceeding through a blur of phases which started and ended with carries by prop Adam Deay, converted by Larke in the first minute.

Unfortunately, that was the last view of Deay, an impressive specimen, as the tight-head left with a leg injury in the third minute.

It didn’t prevent Leinster immediately forcing a scrum penalty and, from there, an attacking lineout.

A sweet ploy put Grant Palmer in business down the short side and the pick-and-drive was executed for loose-head Oisin Lynch to hammer home the second try, Larke’s conversion coming back off the left upright for 12-0 in the eighth minute.

When the strike back came, it owed everything to the brilliance of Sean Fox, the centre cutting through in midfield and swerving outside the last man to register a try from halfway in the 17th minute.

The Boys in Blue engaged in a bout of keep-ball until the space appeared on the left and into it sped Charlie Sheridan to draw the attention of two defenders.

The centre slipped the ball to David Donohue and the full-back had the awareness to reach for the line, notching a third try in the 20th minute. 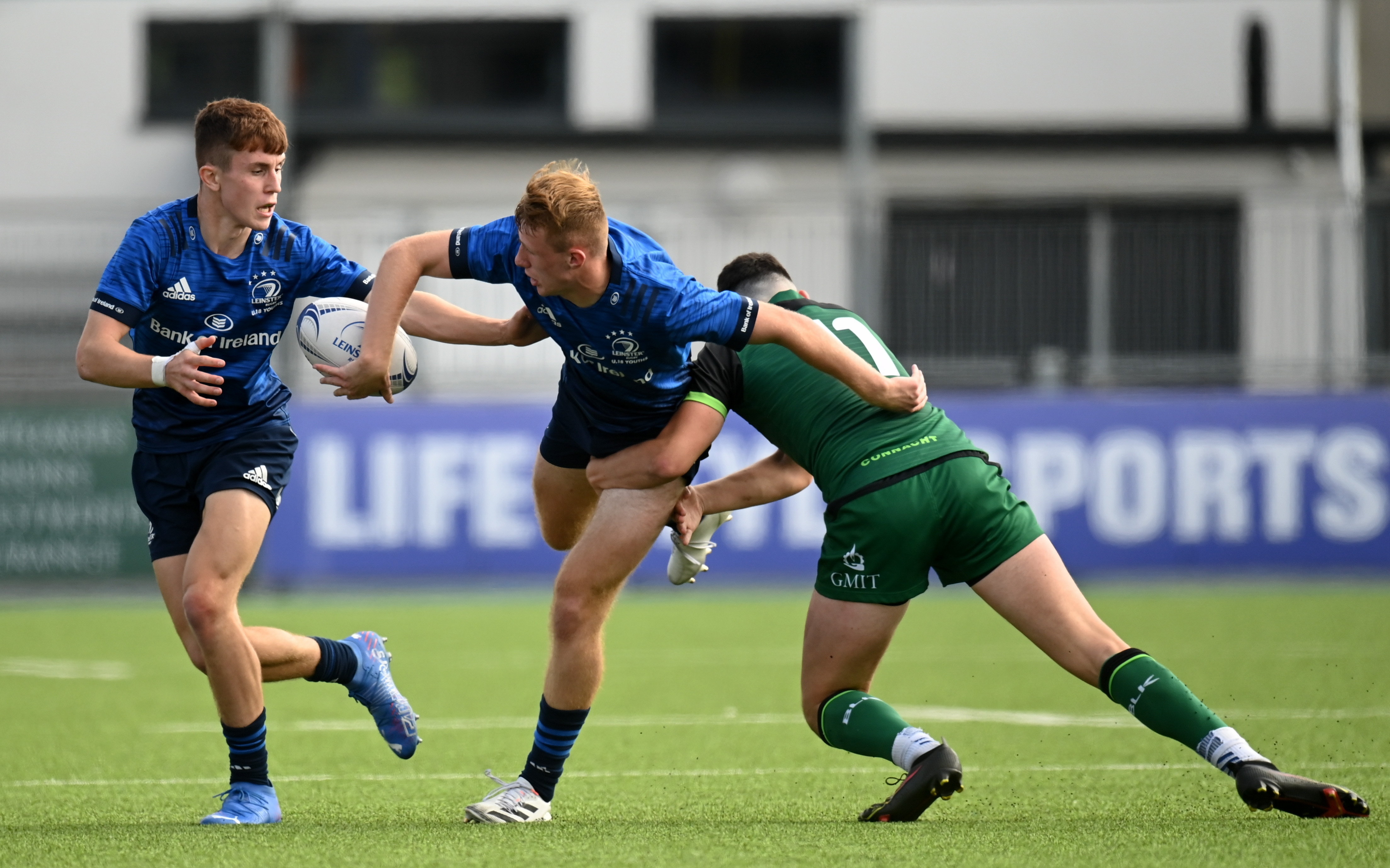 Connacht’s Cody Farrell showed genuine pace on the counter, but flanker Donagh McCarrick was on the premises to force a knock-on from a stiff tackle.

The props were in the thick of it, Connacht tight-head Hughes going for an outside break and Leinster’s Lynch causing a penalty at the breakdown.

Leinster’s Larke bolted into space and slid a kick through for wing Aidan Henry to pursue, only for Lyons to save the day to keep it 17-5 at the break.

There were plenty of signs of life for Connacht, Fox called back from his second try for a forward pass and going close again from a barreling run.

Just when it looked like they would be turned away, lock Conor Ryan had just enough momentum to make the line for 17-10 in the 42nd minute.

Shortly after, Leinster came up with the try of the game as Larke spotted an inside ball to Donohue. The passing was immaculate from there, Moelders providing the link play for replacement prop Keith Farrell to sprint to the left corner. 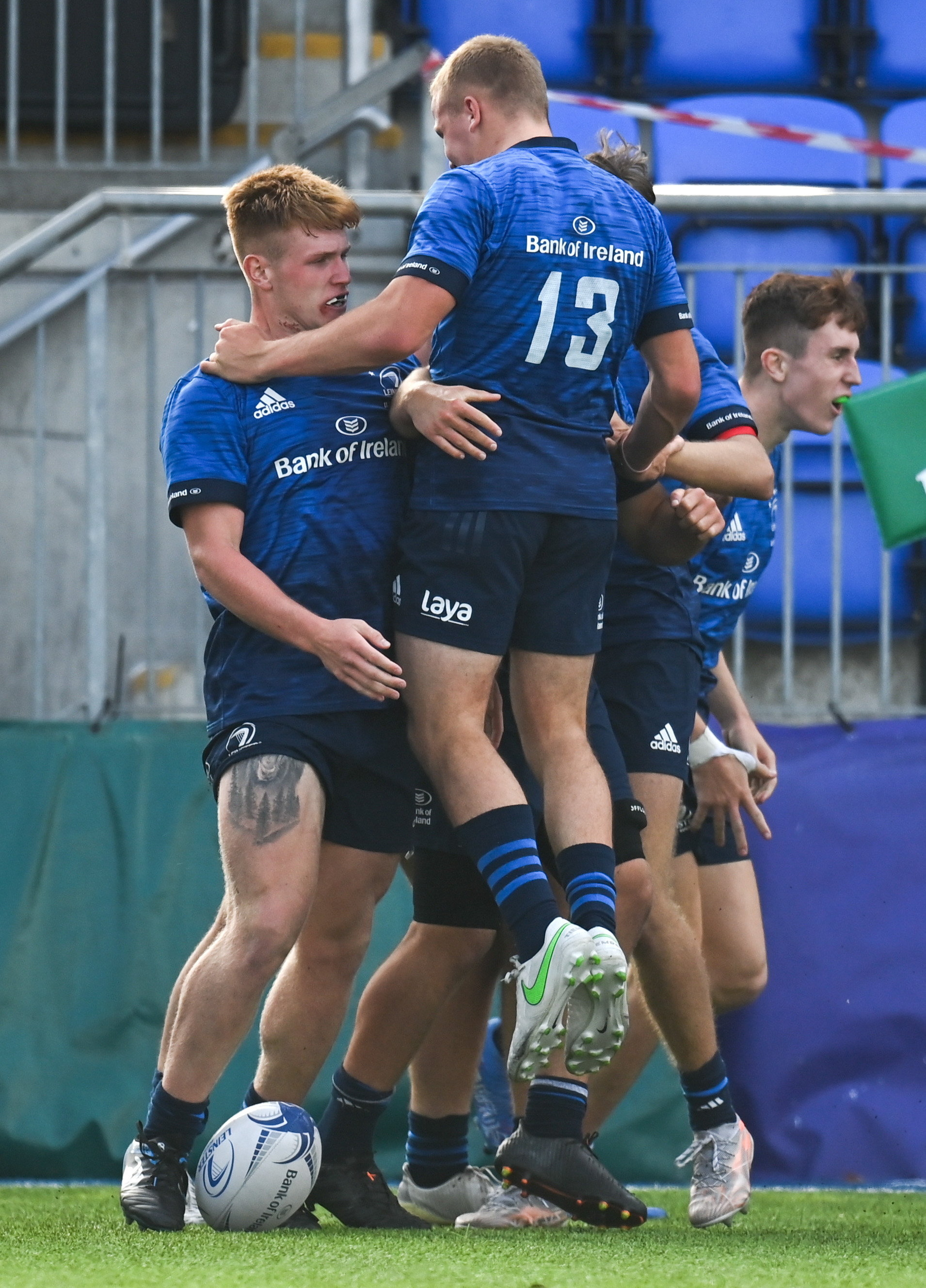 Better again, Larke had the calmness to collect himself and knock over the conversion for 24-10 in the 48th minute.

A tumbling kick from Cody Farrell put Connacht inside the 22. Hill punched it up and fellow replacement Sean Hopkins punched in the try for Charlie Naughton’s conversion to make it a one-score game in the 68th minute.

Charlie Sheridan snared Cathal Kelly in the backfield and Leinster finished the game with frontfoot defence to seal the deal.