Leinster U-18 women are interprovincial champions 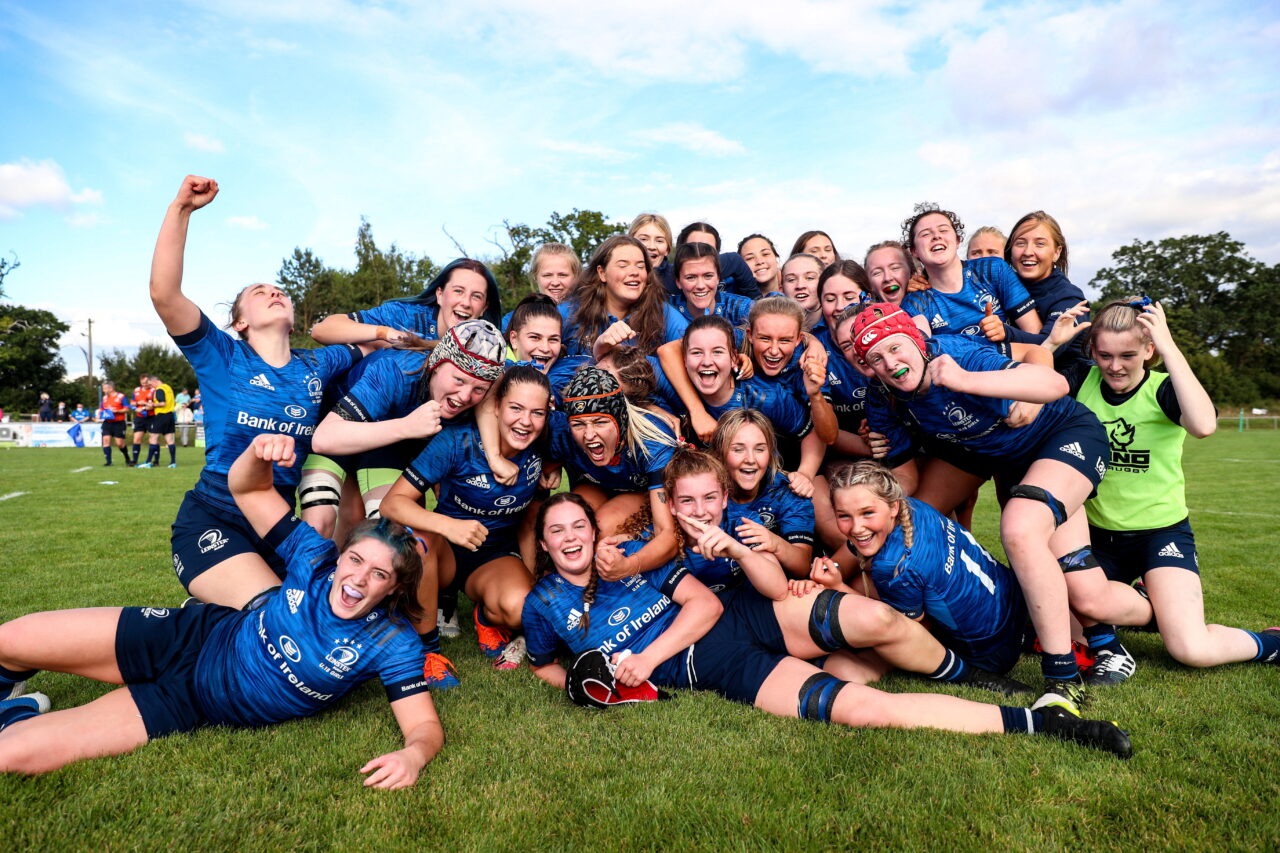 Another impressive, all-court performance saw them notch up eight tries with captain Aoife Wafer, Katie Whelan and Emma Tilly capturing a brace each.

All in, Leinster recorded 132 points from the three matches, averaging 44 points, against the concession of just seven to Munster loose-forward Anna-Kate Cournane’s 50th-minute try, converted by Kate Flannery.

By then, Leinster had skipped 40 points clear of their rivals in what was a dominant display, underpinned by the strong start they had planned to make.

The footballing skills of openside Wafer and knife-through-butter break by centre Aoife Dalton created the opening for full-back Tilly to touchdown in the fifth minute. Dannah O’Brien converted.

The pack were able to go toe-to-toe with Munster, winning the arm wrestle for Wafer to pounce for a second seven-pointer in the 14th minute. 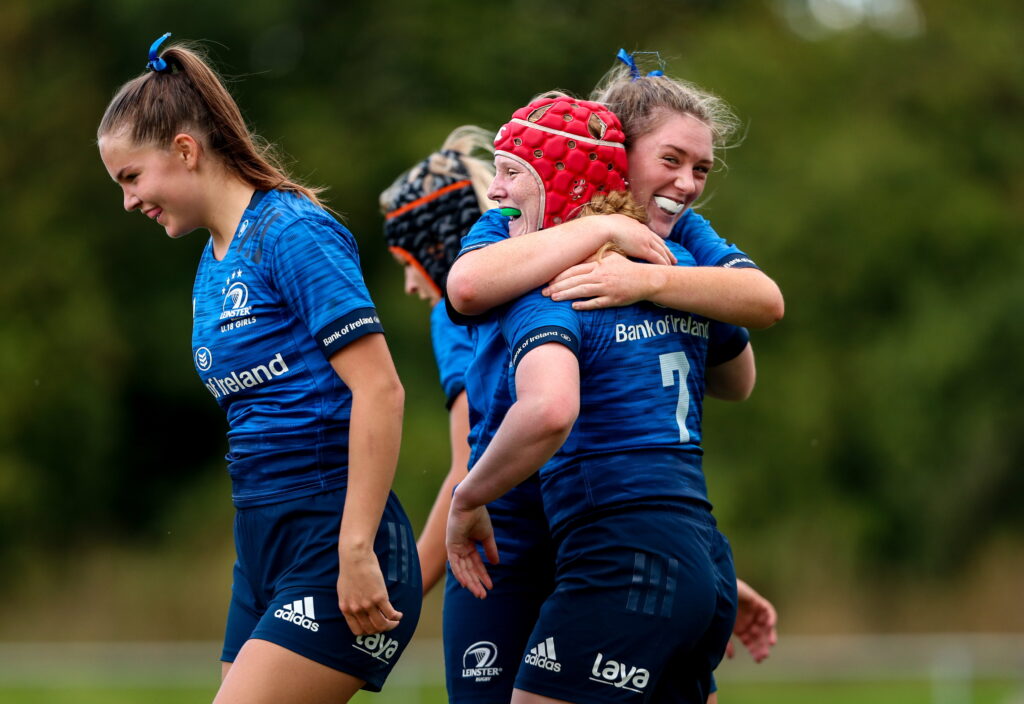 Scrum half Whelan had shown herself to be a real opportunist against Ulster and Connacht, latching onto a loose ball, kicking ahead and winning the race to the whitewash.

Wing Eva Sterritt waited for Wafer to come on the loop around for the fourth converted try to make it 28-0 on half-time.

There was no way back from there for Munster. But, Leinster were ruthless in their execution, second-row Leah Tarpey and Whelan stealing in for the fifth and sixth tries in the 41st and 48th minutes, respectively.

It was then Munster showed their resilience, finally managing to put a number of good movements together, earning Cournane’s consolation after repetitive drives at the line.

The strength in depth of this Leinster squad is really hammered home in the pivotal out-half slot, Abby Moyles again appearing off the bench to show her skills.

The kicking games of O’Brien and Moyles really take the eye at this level alongside superior goal-kicking, illustrated when Moyles converted the final two tries by Alanna Fitzpatrick and Tilly.

Coach Fiona Hayes was quick to point out how Munster will have 23 of their squad of 30 back for next year.

This experience should see them improve in taking on the next batch from Leinster. One thing is sure, the bar of expectation has been set very high by the multi-talented crew in Blue. 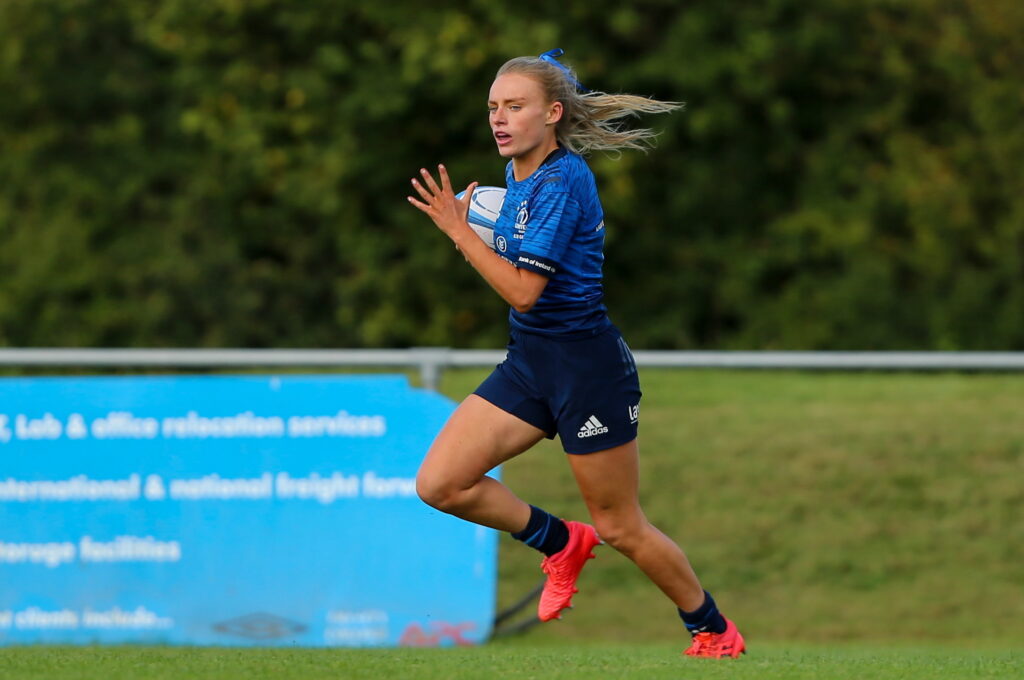 “We build around what the players enjoy and they want to throw the ball around and put width on the ball, so that’s what we do,” said coach Michael Bolger.

“We’ve got girls that are experienced at this level and we allow them to take a lot of accountability for our system and what we’re doing.

“A lot of these girls can go a long way and they are being actively monitored on the pathway.”