Leinster U-20 finish Interpros with a win 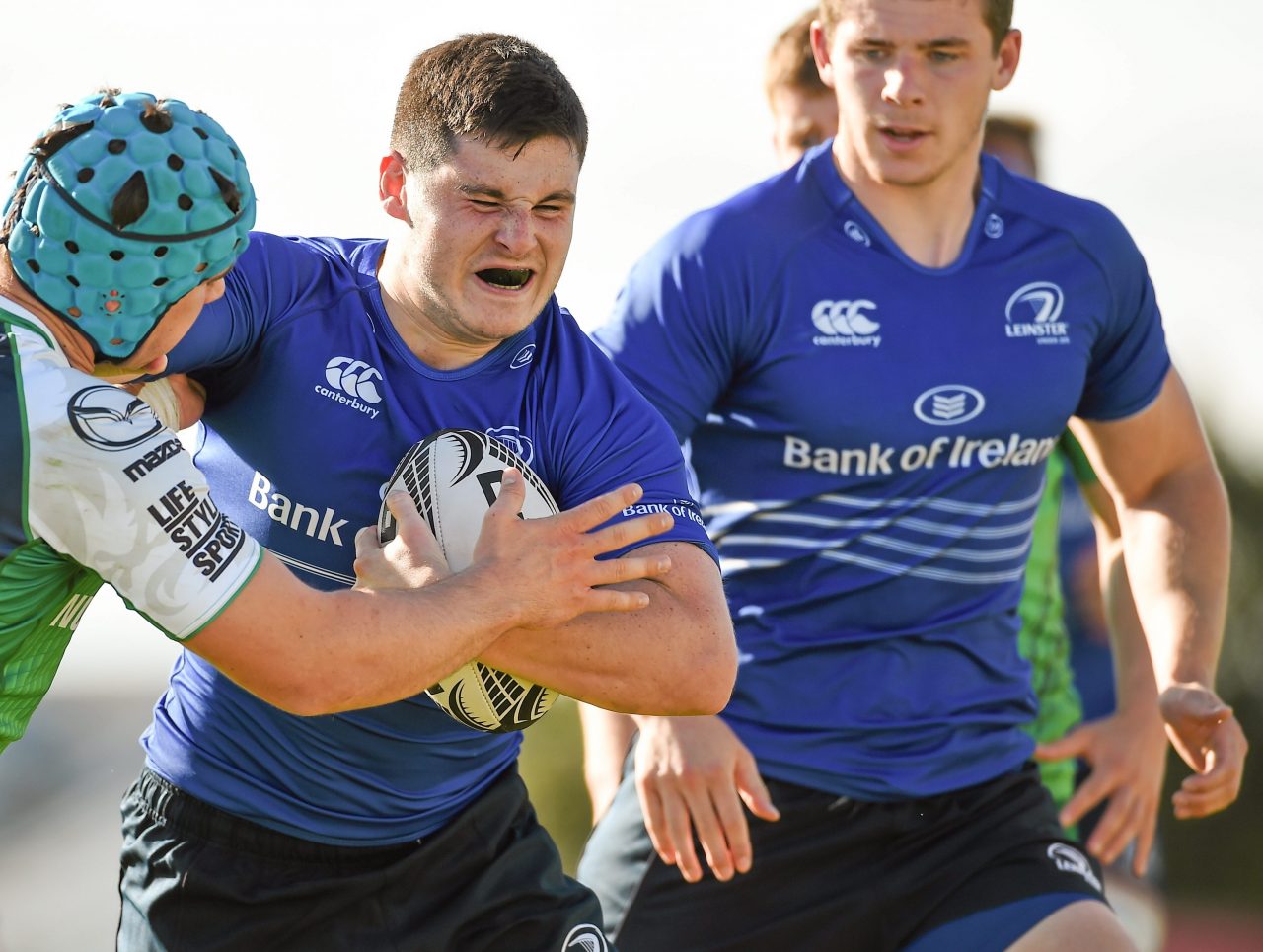 Leinster made it two from two in their interprovincial raid on the Sportsground when the U-20s defeated the Connacht U-20s in a Galway thriller, 61-34.

A hat-trick of tries for Conor Oliver and Jeremy Loughman laid the foundation as Joey Carbery hit eight conversions. Connacht hit the ground running and they spread the ball and brought with it a ferocious tempo from the outset.

Three minutes in, Galwegian hooker Rory Litchfield plundered his way through a gap and gave an off-load to the on-rushing Anthony McGivney. A few phases later Connacht went in under the posts when Conor Lowndes spotted McVeigh in a mismatch before the flanker hammered his way over and gave Connacht the early lead that Lowndes converted.

Leinster were on the back foot but they came right back into the game with the very next attack.
Connacht’s Dwayne Corcoran threw a sloppy pass and Leinster capitalised to apply the pressure.
The quick clear-out resulted in some clean ball for scrum-half Charlie Rock and he combined with St Mary’s No 7, Oliver who raced over unopposed.

Carbery made no mistake with the conversion and the teams were level at 7-7 after just seven minutes of play.

The bright opening continued as Connacht went back up into Leinster territory and eventually forced a penalty. Lowndes was the calmness personified as he slotted over from wide out on the left as Connacht regained a three-point lead.

However with the way this game was going it was only a matter of time until Leinster replied and this came by way of an O’Donoghue try.

Cormac Brennan relayed his pass to Oliver who found Cian O’Donoghue and the Leinster No 11 and Clongowes man finished in the corner to make it 12-10 before Carbery gave Leinster a four-point lead.

However Connacht had no reply this time and in the 27th minute Leinster put a bit of daylight between the sides for the first time.

Blackrock tight head, Loughman started the move that he finished when he raced clear initially before being taken down by McGivney but he was on-hand when Josh Murphy was held up short and he nabbed Leinster’s third five-pointer.

Carbery was once more immaculate with the boot and Leinster led 21-10 just before the half-hour.
Leinster got their fourth and Oliver’s second in the 36th minute as he was in the right place as a miss-place pass found its way through Jack Dwan and David O’Connor allowing Oliver to have the simplest of run-ins.

Leinster were far superior at this point and the gaps started to regularly appear in the Connacht rearguard.

O’Donoghue was the next to profit and he got his second try after he latched onto a Robert Vallejo pass.

It was 35-10 when Carbery added the extras but there was sense of reprieve from the visitors as they launched another offensive that culminated in a Josh Murphy and Oliver switch with the latter getting his third of the day to make it 42-10 after Carbery’s kick.

Carbery showed a chink in his armoury before the break when he got yellow after persistent fouling and Connacht got a consolation try through Alex Penny but even after Lowndes conversion, Leinster led 42-17 at half-time.

Connacht needed something at the start of the second 40 minutes and they amped up the intensity in search of a try which duly arrived.

A penalty was kicked to the corner and when the line-out looked over-thrown Lowndes produced a moment of brilliance with a kick-through that he finished himself.

Connacht now trailed 42-22 but it was only a matter of time until Leinster reasserted their dominance and Loughman got his second to give his side a 25-point lead with 50 minutes gone.
Again Connacht fought back and when they took a penalty on the Leinster 22, Connacht rushed for the corner with Aidan Moynihan giving the pass to Oisin Leahy who crossed for his try.

The match was quickly entering the sensational category and Leinster captain Charlie Rock added to this when he got a try in the 55th minute.

The replacements on both sides disrupted the flow of the game but Conor Lowndes kept his impressive day in check when he went over for his second.

Josh Murphy got his name on the scoresheet in the 69th minute for Leinster when he barrelled over and the game petered out, but it was hugely impressive from Leinster.