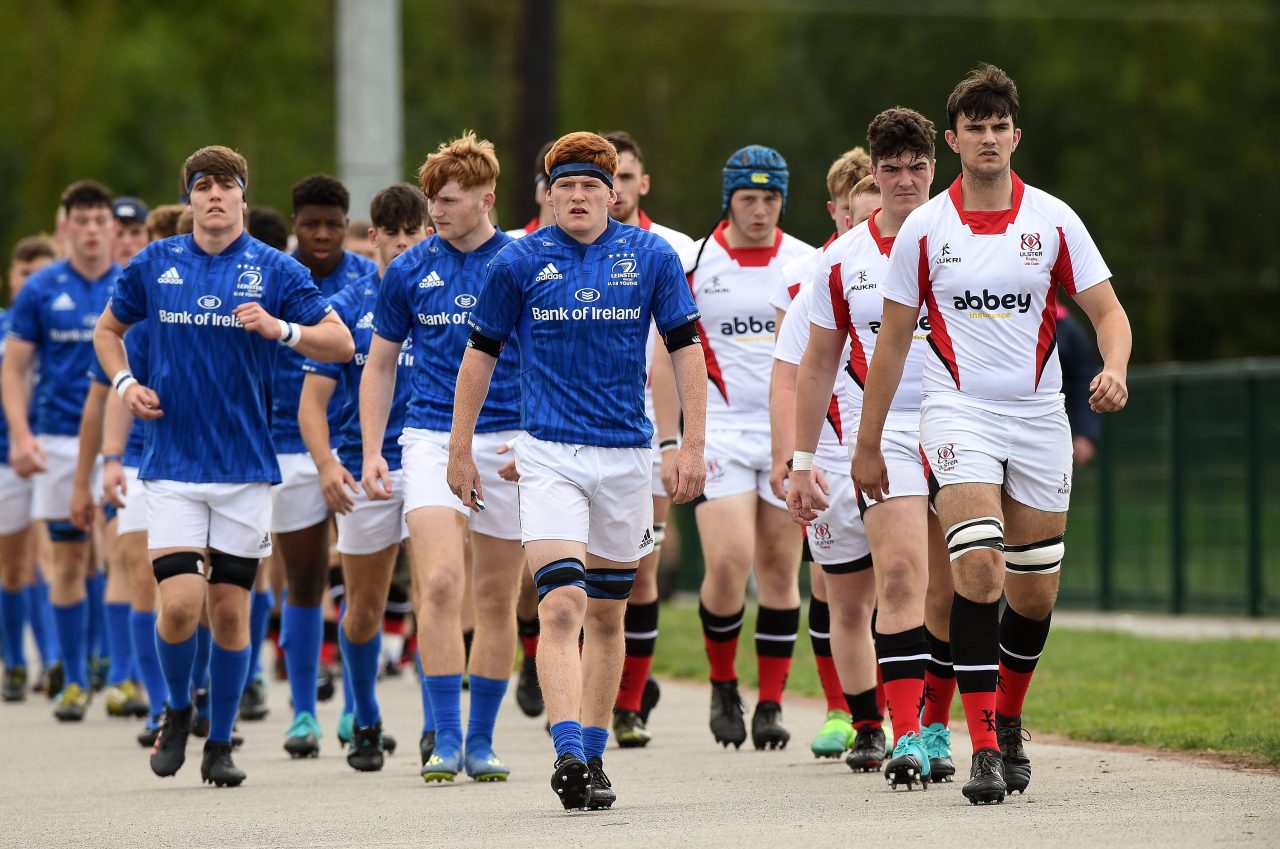 Karl Martin was at the centre of Leinster Rugby U18 Clubs’ impressive victory over Ulster U18 Clubs, scoring 16 points in the Interprovincial Championship at the University of Limerick today.

The Blues looked like they meant business from the get-go as flanker Mark Boyle and centre Karl Martin carried the fight. They were quicker into their rhythm and were encouraged by Martin’s penalty in the eighth minute. 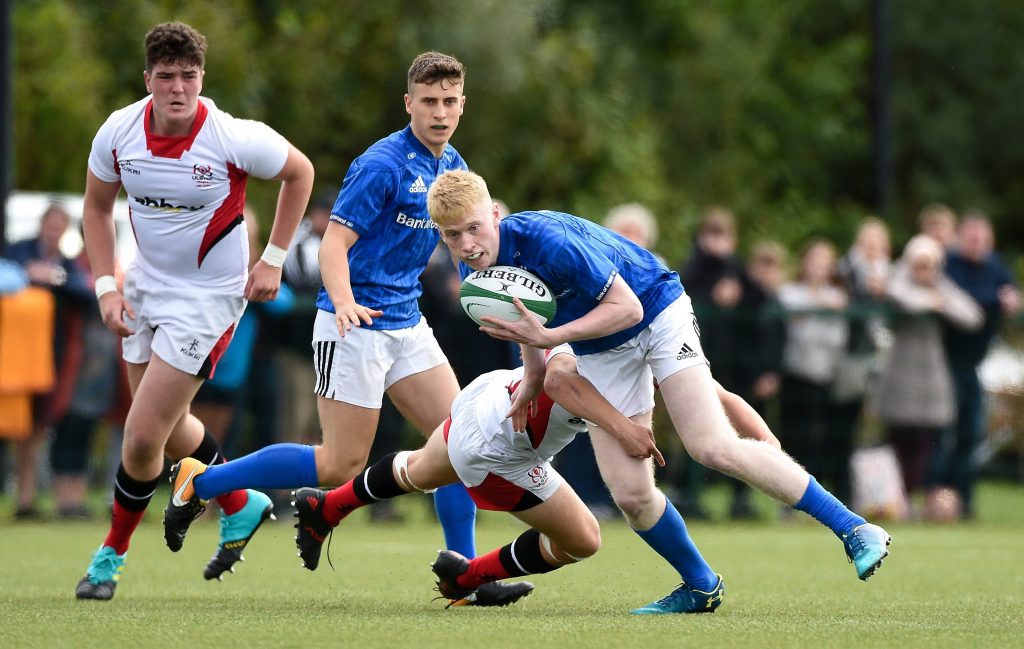 Ulster tried to move away from trouble through the boot of their out-half Luke McMullan. But Leinster full-back Jamie Osbourne was well-positioned with what came his way. It took the strength in contact of Martin, sucking in defenders, and his offloading hands to put Osbourne over unopposed, Martin converting for 10-0 in the 22nd minute.

Leinster lost wing Ryan Foley to a yellow card for illegal work close to his line which was all the incentive Ulster needed for flanker Sam Murray to ground the ball in the right corner in the 26th minute.

Martin showed there is more than just muscle to his arsenal by breaking free with good footwork before a move faltered. The same man opted to be the decoy, moving the ball smartly back inside to Osbourne for scrum-half Will Reilly to be rewarded for his textbook support line, Martin converting for 17-5 in the 34th minute. 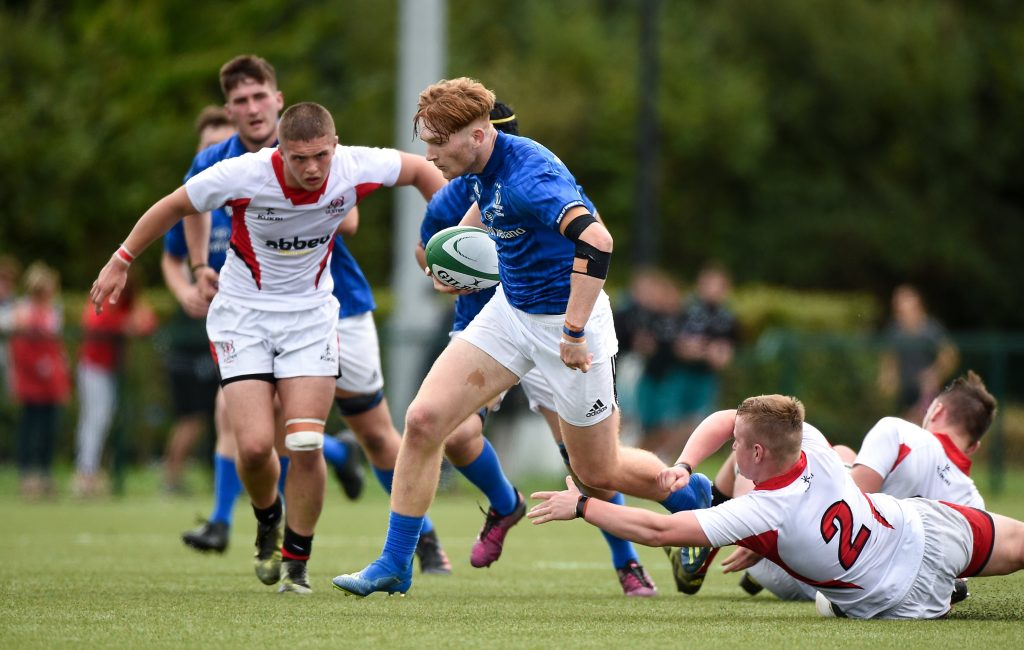 Leinster put themselves on the backfoot due to a mix-up at half-back, conceding a lineout, a maul and a drive to the line by prop Michael McKeon-Boyle just after the break for out-half Luke McMullan’s extras to reduce the gap to five points in the 38th minute.

It was at this point Leinster turned their defence into a tool to attack by driving Ulster back and forcing a knock-on just outside the 22. The ball was moved into the hands of Martin and he used three right handed fends on his way to the line ahead of his conversion for 24-12 in the 49th minute.

It was soon two tries in as many minutes when blindside Mark Boyle forced a turnover and openside David Murphy had the strength to make the line. This was the trigger they had been looking for to cut loose, a sweeping move shredding Ulster for centre Josh O’Connor to claim his try. 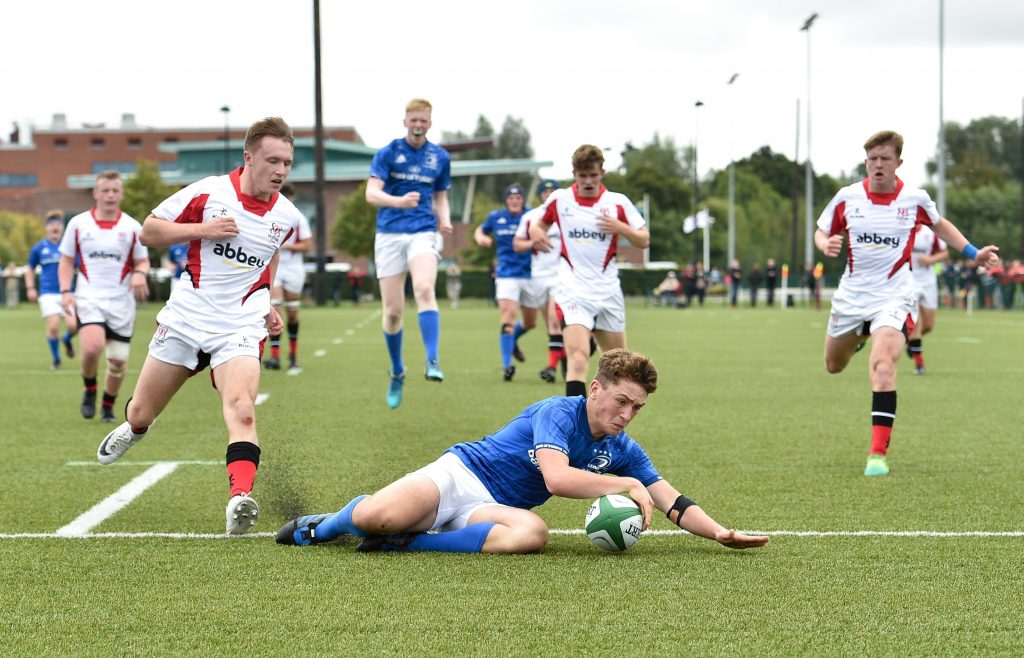 They were on easy street by then. Conor Duffy’s enthusiasm to hunt the ball and wing Ben Jones’ kick and chase were good enough for the final two tries.

Leinster Rugby U18 Clubs will take on Munster U18 Clubs this Sunday 26th August in their final game of this years Interprovincial Championship, kicking off at 5pm in the University of Limerick.