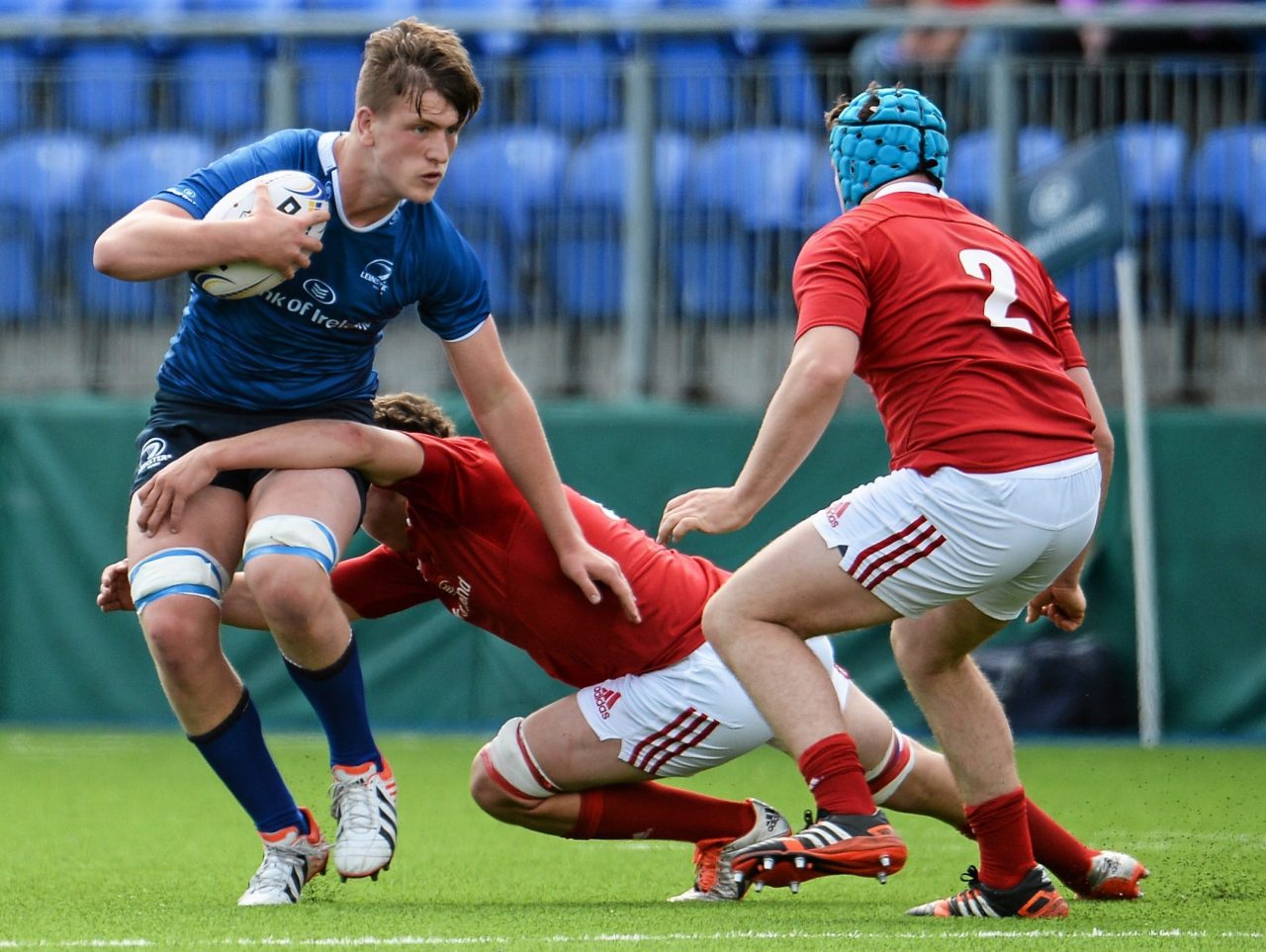 Dan van Zyl’s Leinster boys had to come from fourteen points down to see off Munster in the U18 Clubs Interprovincial Championship at Donnybrook on Saturday afternoon.

The home side coughed up a free-kick for agitating at the scrum and a penalty for not releasing in the tackle. It took a take against the throw by number eight Kevin Dolan to settle them, or so it seemed.

Munster centre David McCarthy poached a penalty on the floor. Their left wing Ethan Greene was close to a breakthrough.

It wasn’t long in coming as McCarthy’s footwork, wing Timmy Phelan’s burst and number eight Odhran Ring’s support line produced a first-rate try for McCarthy to make it 7-0 from the conversion in the sixth minute.

Leinster were trying referee Jason Cairns’ patience getting pinged for penalties that handed Munster attractive positions and loaded pressure on their defence, captain Conor Nash ordered to have a word as early as the twelfth minute.

It was not as much about weathering the Munster storm as settling down into their patterns. They had to wait a while. Nash countered into the arms of flanker Dev Murphy for another penalty.

There were signs of positivity from flanker Ruadhan McDonnell’s magical pick-up at the tail of a lineout. But, Leinster couldn’t make progress. 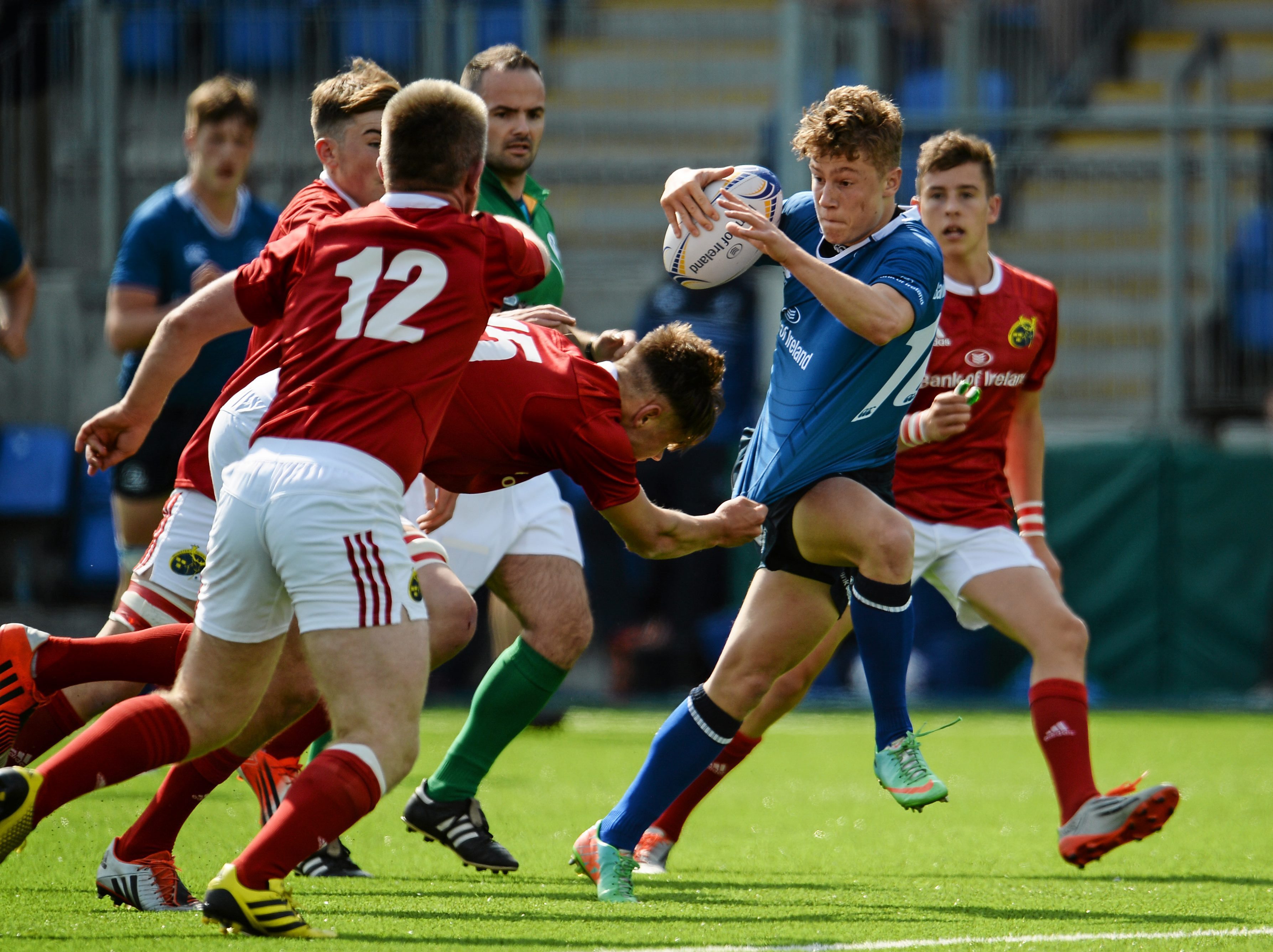 From a scrum on the left side, Ring and scrum-half Finn Rhys Thomas connected for the latter to send fly-half Alex Molloy between defenders for McCarthy’s conversion to take it out to 14-0 in the 24th minute.

Nash’s arcing run and McDonnell’s deception enabled Leinster to move forward. They really needed points on the board.

Instead, they could not control an attacking lineout and Munster openside Jack Daly seized on a loose ball to defuse a dangerous situation.

There were improvements. Centre Sean O’Brien took a half-gap and Phelan’s intervention was crucial. However, Nash dragged Phelan to the touchline.

The lineout was driven up for referee Cairns to be convinced that a penalty try was necessary. Centre Conor Dunne halved the difference with his conversion in the 33rd minute.

It could have been all-square only for Molloy to head O’Brien off at the pass in the last play of the half.

Leinster had the benefit of a strong wind at their backs. Nash made hard yards look easy. McDonnell was almost through.

Just as Munster looked to thrive through the middle, the ball went to ground and Leinster centre Dunne latched onto it for a try. He also converted to make it level in the 44th minute.

Leinster lock Cormac Daly clamped down on Darragh O’Shea for a penalty which was sent 60 metres tumbling into touch. 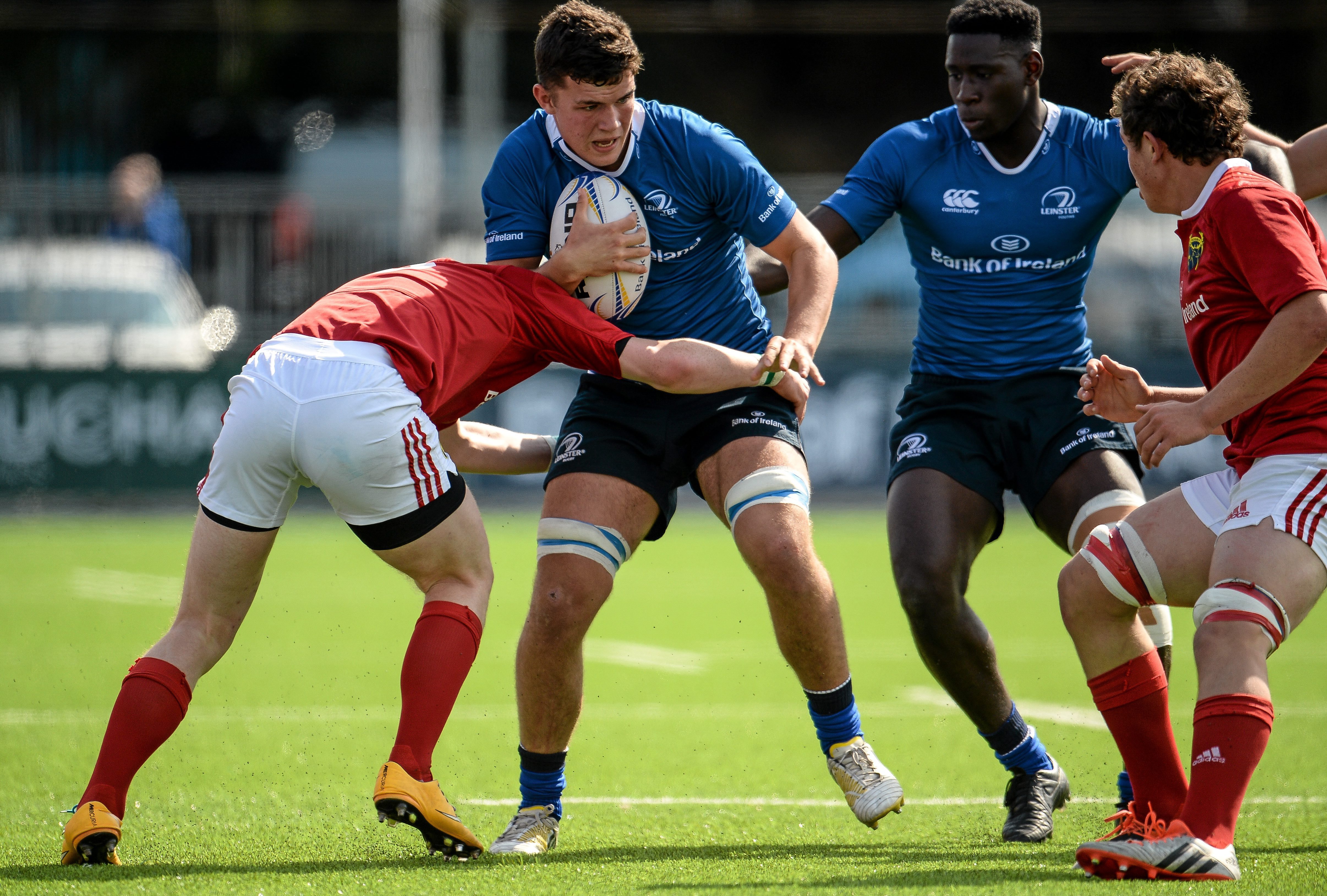 From there, Nash fed Daniel Achimugu for an effective carry. McCarthy saw yellow for his part in the ruck and Dunne nudged The Blues ahead for the first time 17-14 in the 50th minute.

Then, Achimugu grabbed a ball meant for touch and took off for thirty metres. The recycle came. The cross-field kick was taken in by left wing Keelan McKeever for the killer try, converted by Dunne in the 53rd minute.

Replacement Donnacha Mescal was hauled down by hooker Tadgh McCarthy ahead of Leinster’s Colm Heffernan being binned for his illegal work at the ruck.

The reduction in numbers didn’t hamper the home boys too much, Nash sending O’Brien over for 29-14 in the 58th minute.

The battle of the breakdown was turning Leinster’s way too, second row James O’Dea the groundhog this time in earning a penalty.

Back came the Reds. They were held up over the line before replacement Conor Ferns squeezed to the whitewash and McCarthy hit the touchline conversion at the death.