U18 Clubs lose out to last-gasp Connacht try 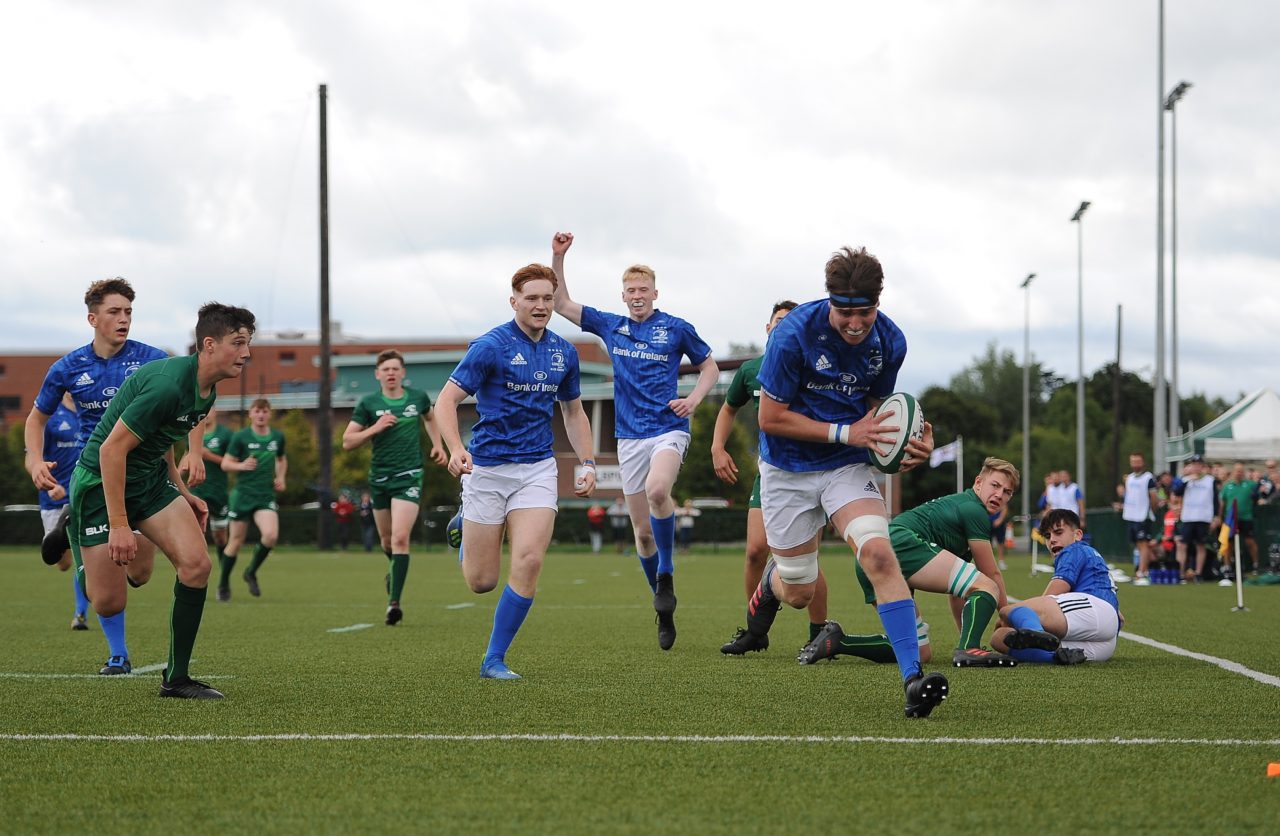 A power-packed second-half enabled Connacht to scupper Leinster in the U18 Clubs Interprovincial Series at the University of Limerick on Saturday.

The early morning kick-off (11am) did nothing to alter Leinster’s mindset, striking quickly through the build-up from Karl Martin and Josh O’Connor, the patience of Jamie Osbourne and Ryan Foley and, finally, the support play of Patrick Kieran for the first try in the third minute.

Centre Martin made a cut that almost set up a second before Connacht wing Rory McLeane executed a brilliant rip in the tackle. The Westerners had to weather a storm of pressure until McLeane stepped up to intercept and travel 60 metres for the equaliser in the eighth minute.

However, they could not hold the line, centre O’Connor bursting through tackles for out-half Tim Corkery to twist over for 10-5 in the 10th minute. It had all the hallmarks of a shootout as defences struggled to cope with the speed of ball generated.

Connacht started to show signs of establishing territory by looking to their one-out runners, getting all the way to within five metres where Corkery shook the ball loose with a fierce tackle. Then, the Leinster pack came up trumps from the scrum to force a penalty and find relief.

The wind at the Blues’ backs picked up considerably as did the standard of Connacht’s play, led by number eight Donnacha Byrne. It was that man Josh O’Connor again, who cracked Connacht from a simple switch ball to set up full-back Jamie Osbourne for a try converted by Martin for 17-5 in the 25th minute. They stretched it out to a 17-point lead when right wing Ben Jones finished smartly on the right.

It looked precarious for Connacht as they were just about holding on. The outlook changed when flanker Oisin McCormick was on the end of a series of drives close to the whitewash, out-half Cathal Forde’s conversion reducing it to 22-12 at the break.

The battle for supremacy could have swung on the next score and flanker Diarmuid McCormack’s turnover put Connacht in position for profit. The maul travelled well enough to draw a penalty. They went again. Second row Darragh Murray hauled in the lineout and hooker Eoin de Buitlear plunged for the line for 22-19 in the 44th minute.

It took a front foot contact from Martin and poached ball by hooker Finn Tierney to stem the tide of Connacht’s momentum. They gave Connacht some of their own medicine by going to the maul for full-back Jamie Osbourne’s footwork to do the trick, Martin converting for 29-19 in the 58th minute.

Dylan Keane made an immediate impression when taking Forde’s lovely offload for a try, converted by Forde, with two minutes on the clock. Connacht camped out in Leinster’s 22 to create a number of chances, prop Cian Scanlon eventually ploughing to the line for Forde to seal it in injury-time.

The Leinster U18 Clubs will take on Ulster U18 Clubs in the second round of the Interprovincial Championship this Wednesday at UL kicking off at 1pm.