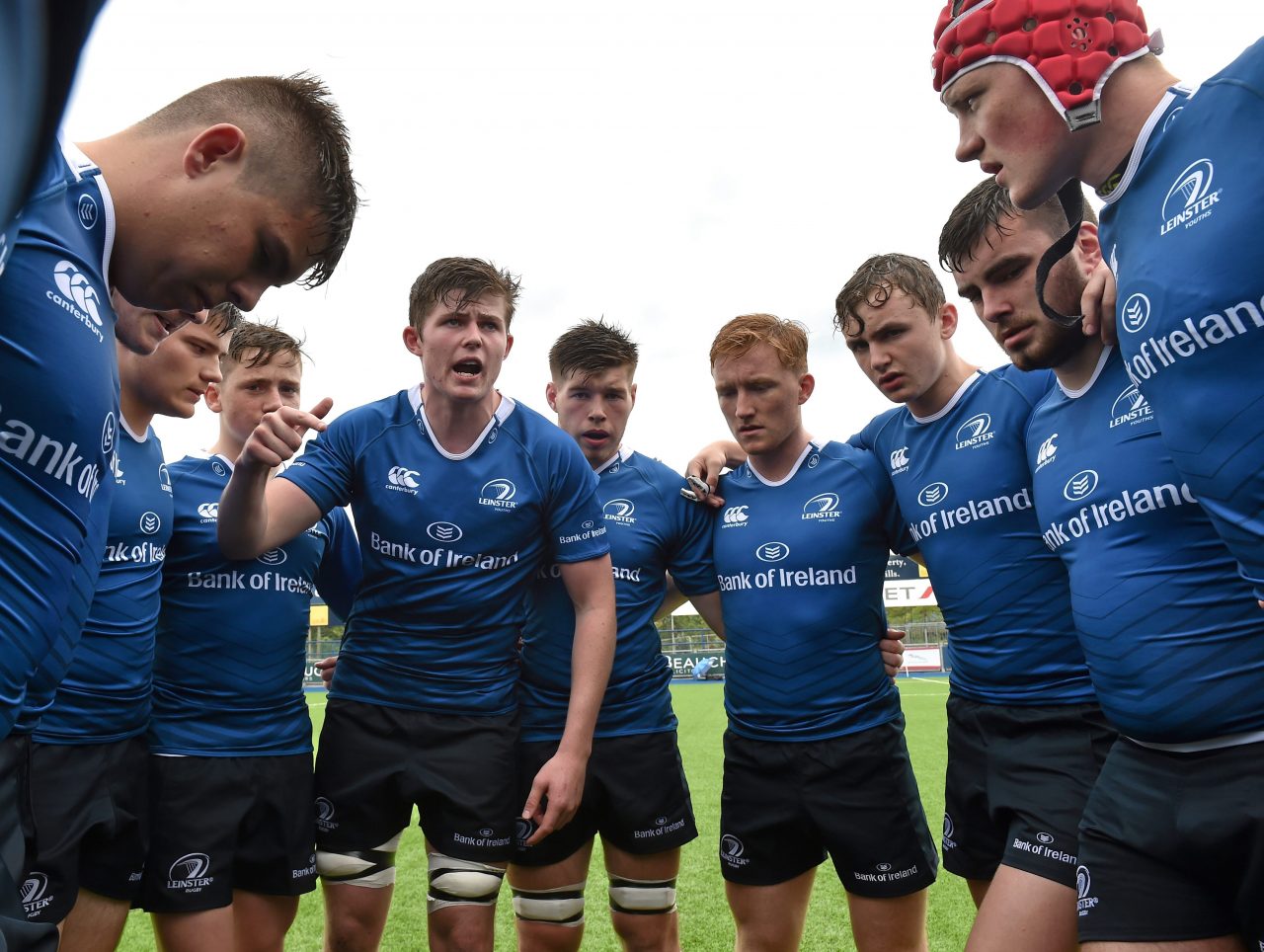 Leinster U18 Clubs, sponsored by Bank of Ireland play Munster this Saturday in Donnybrook Stadium KO 13:00

Dan van Zyl’s Leinster Clubs have been finding their feet over the course of the last month.

It is finally time to get them wet against Munster on the first weekend of the Interprovincial Championship at Donnybrook on Saturday.

The Clubs were given a strong dose of reality when clipped 44-19 by the Leinster Schools in a training match divided into three separate 25-minute periods last month.

There was much food for thought for former Springbok scrum-half Van Zyl. The lessons learned were harsh.

However, they struggled to put their game plan together next time out too. The slippery surface made handling a nightmare against The Exiles as centre Conor Byrne and second row Donacha Mescal notched up the tries in an unsatisfactory 10-5 win.

They moved their game on in leaps and bounds to come up two points short against Northampton (26-24) in England for what was their captain Conor Nash’s first appearance of the season.

Last Saturday, The Clubs took Blackrock College right down to the wire 15-14 in what was another positive outing at Williamstown.

“It is great to have as many as four games under our belt. We haven’t really shown our best hand yet,” said Team Manager Pat Keena.

“We have certainly been on an upward curve through the four games in terms of performance, if not always results.

“We believe, come Saturday against Munster, we will be able to put our best foot forward and perform to our potential.”

Unfortunately, Sean Masterson has been ruled out with injury in what can only be described as a big loss for the flanker’s natural leadership and non-nonsense style of
play.

The half-backs will have to take control, knowing when to use the speed outside and when to turn what is certain to be a fired up Munster defence.

The front row, which could include loose-head Quinlan Kelly and hooker David Nicholson, will have to be on their mettle to provide a stable scrum with and enough depth in the second row to win primary possession at the lineout.

There could be a surprise package in store for Munster if Van Zyl chooses to make use of the powerful impact of raw wing Daniel Achimugu. He certainly made an impression against Leinster Schools, knocking tacklers back when taking the ball into contact.

Munster have their captain Dave McCarthy, at inside centre, back from last year and loose-head prop Luke Jordan skirted around the fringes of that squad as they make their way to Dublin.

Coach Fiach O’Loughlin has been able to run the ruler over his boys in the 11-3 win over the Exiles and the 42-38 defeat to Welsh club Coleg Y Cymoedd.

The Western Province has already beaten Pembrokeshire Schools (26-17) and Irish Exiles (11-0) in their build-up in what was a beneficial bonding experience for four days.

Essentially, the schools players are the clubs players. They play in a dual system and have taken the common sense approach to avoid the schools competition.

Ulster will aim to be more competitive than in recent years at this level with a new coaching team, headed up by Johnny Gillespie and Johnny Graham.

Importantly, they have three players back for their second shot at this competition and they come in key playmaking positions with William Holden and Cormac Fox at half-back and Aaron Hall at number eight.

Leinster U18 Clubs Fixtures, sponsored by Bank of Ireland