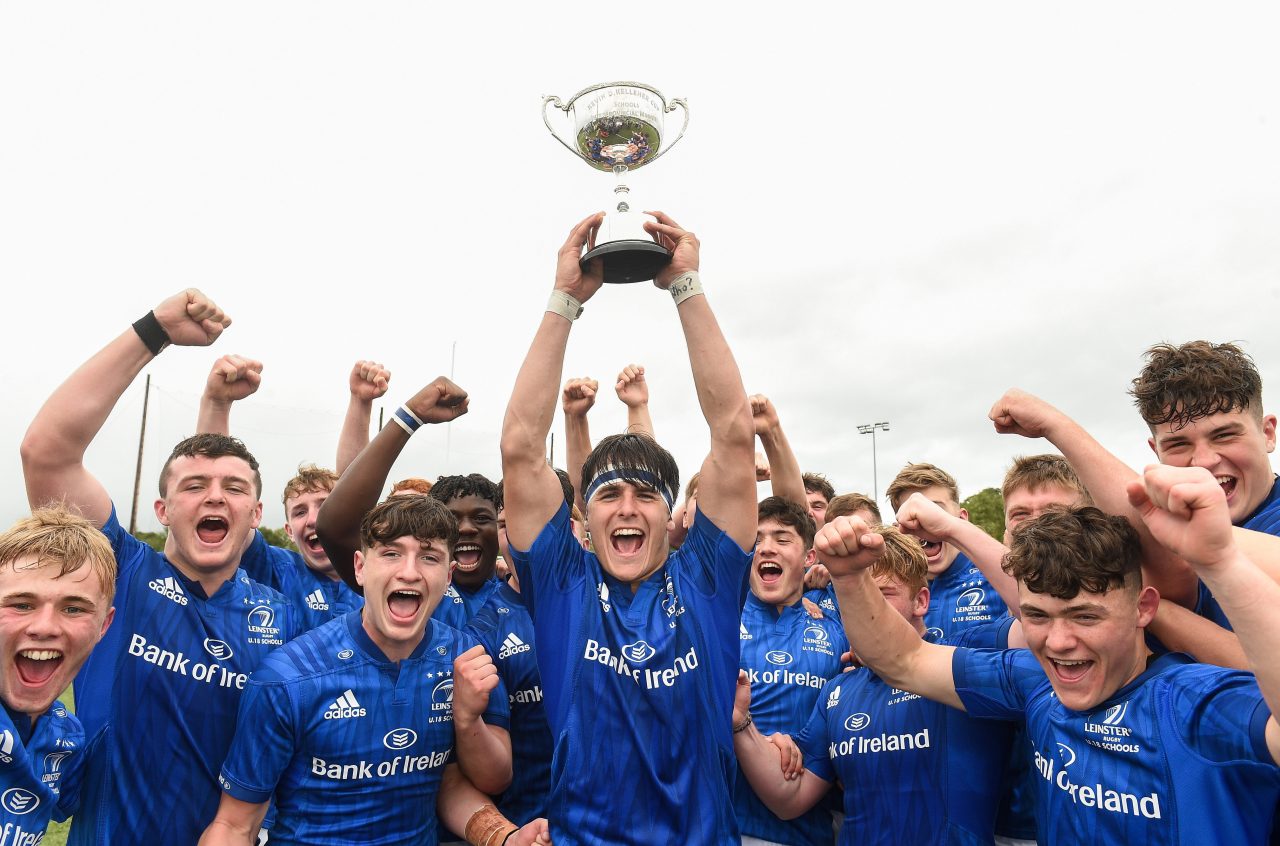 Andy Skehan’s Leinster Rugby U18 Schools side clinched the Interprovincial Championship in a stunning decider at the University of Limerick on Sunday.

These two came into their third match in 10 days with the title on the line, Leinster drawing with Munster, while Ulster managed to overcome the hosts.

This meant the Northern Province needed just a draw to capture the crown. 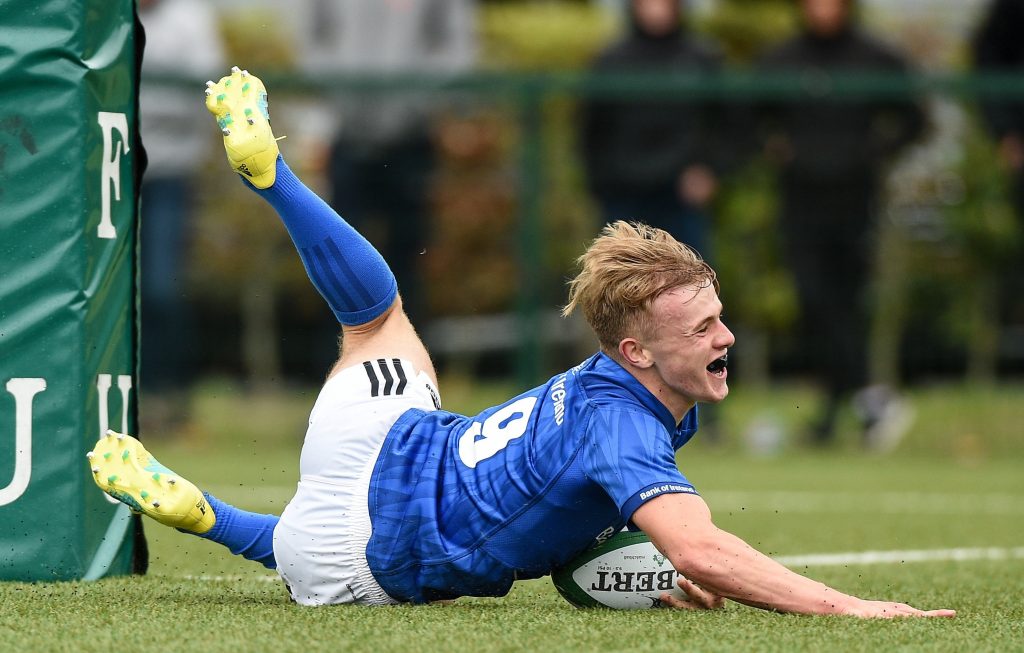 There was a frantic pace as Leinster looked to the wide game and Ulster came up hard and fast.

When the ball went to the deck, scrum-half McKee hacked on and made life difficult for Murphy, who tidied up well in retreat.

A big carry by flanker Aaron Coleman put Leinster back on the front foot.

Ulster were disciplined in defence, committing no more than one or two to the ruck and fanning out to deal with Leinster’s speed. 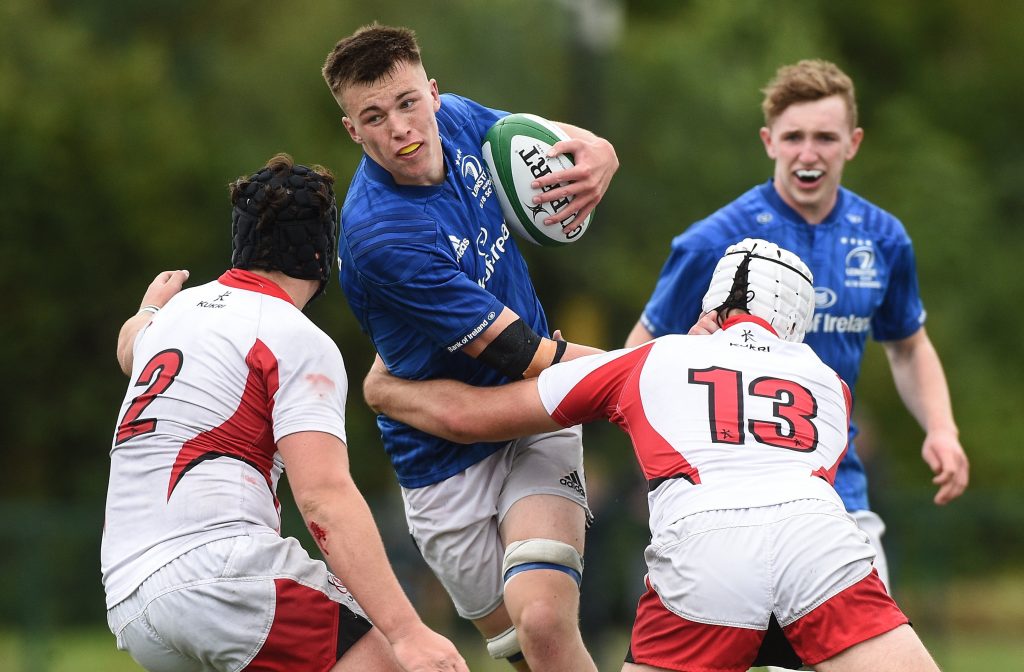 The first real opening for points came from Ulster out-half Nathan Doak’s 26th-minute penalty which was smacked between the posts.

Leinster reacted with a more direct approach, Alex Soroka and Levi Vaughan leading the charge, for scrum-half Murphy to shoot through a gap for Chris Cosgrave to convert in the 31st minute.

The lead didn’t last as Ulster countered from deep, their offloading game putting McKee speeding to the posts for Doak to make it 10-7 in the 34th minute.

They were away again from a long kick which forced Murphy to concede a five-metre lineout. 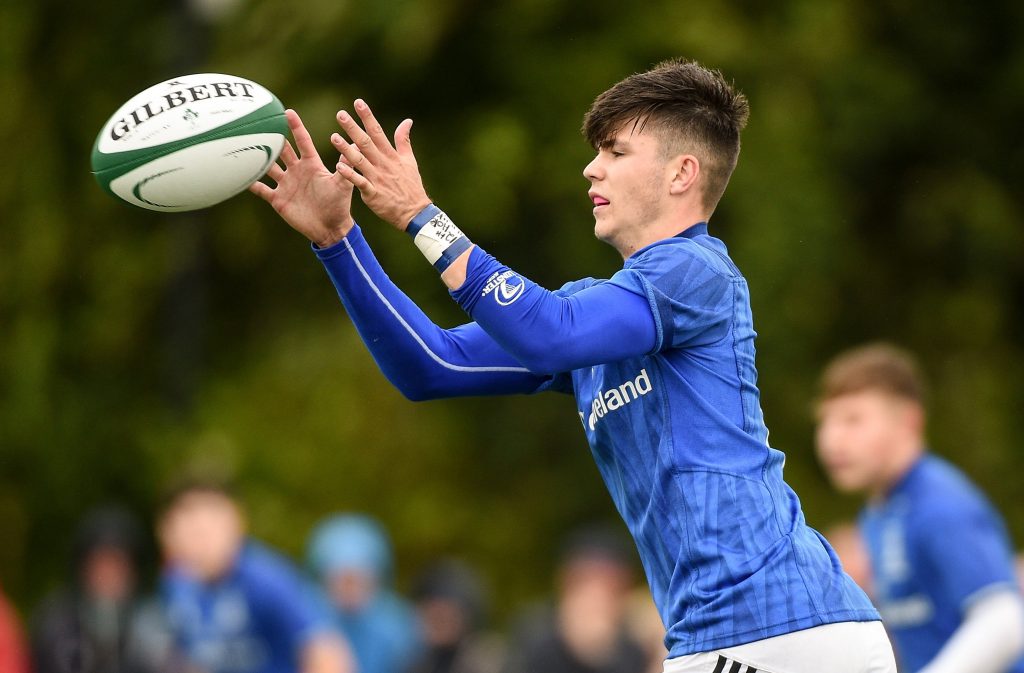 From there, hooker Tom Stewart claimed a try from the rear of a maul for 15-7 at the break.

Leinster needed to show authority and they did it by taking the direct route to the posts, this time Soroka powering through the side of a ruck from 30 metres for Cosgrave to leave a point in it in the 38th minute.

The tactic of the forwards taking the ball up paid handsome dividends when a series of drives concluded with Soroka finding the line for 19-15 in the 48th minute.

When Cosgrave struck a penalty, Ulster answered impressively through full-back Conor Rankin’s try, converted by Doak, for 22-all in the 53rd minute. 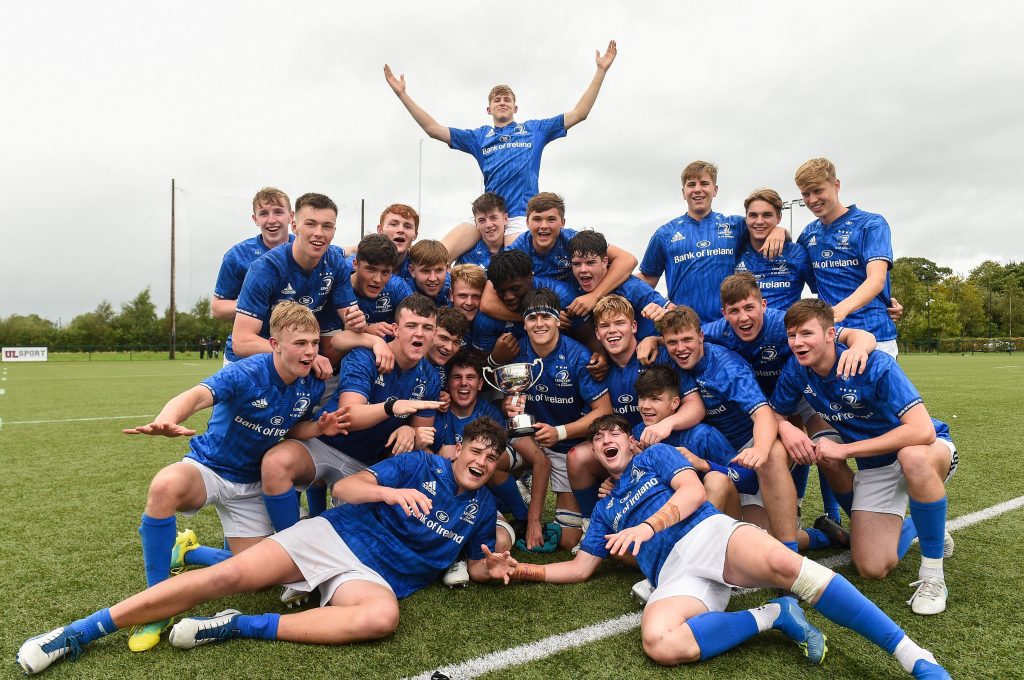 It really was tense and exciting as the Leinster forwards went back to work, that man Soroka making the greatest impact to allow centre Justin Leonard to knife over on the right for Cosgrave to convert for 29-22 in the 65th minute.

They had to survive a scary moment when centre Ben Carson almost got away before Cosgrave struck a penalty in injury-time to secure the title.