Leinster U18 Schools come out on top against IQ Rugby 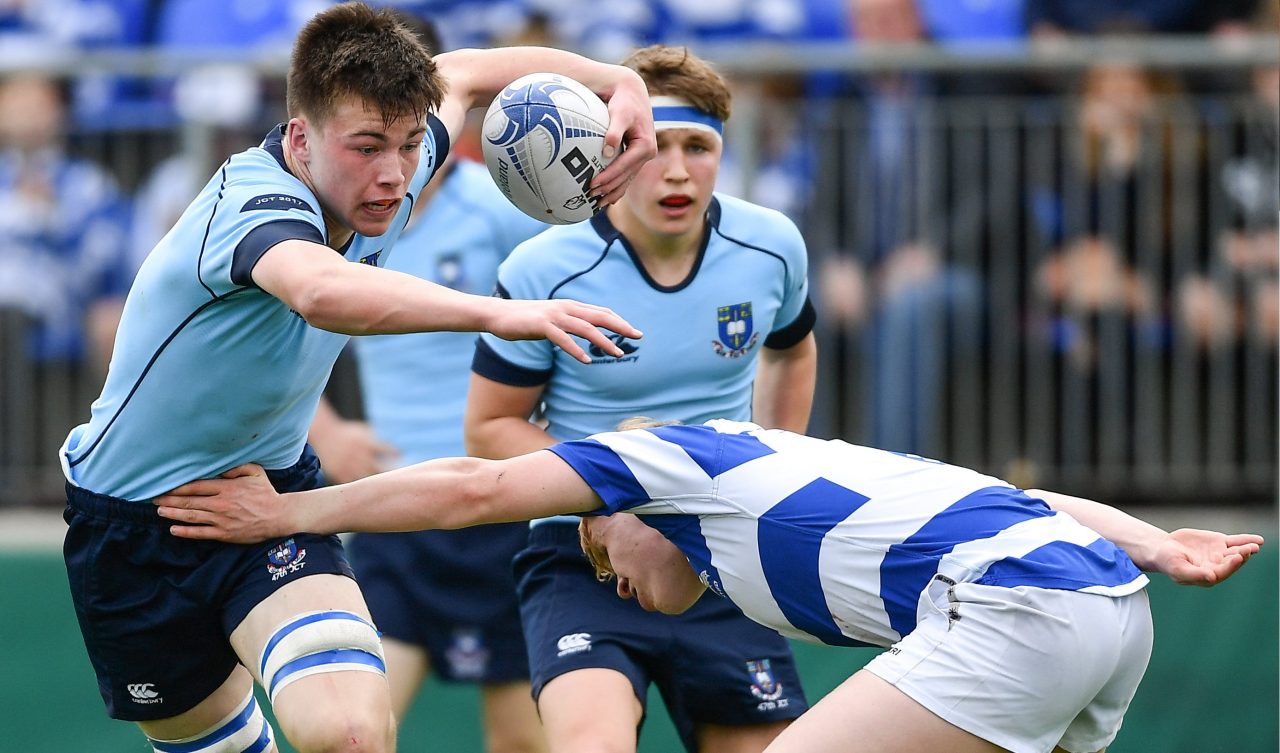 The Leinster Rugby Schools were too cohesive for the Irish Qualified Rugby representative side in this U18 Interprovincial Series match at the University of Limerick on Saturday evening.

Leinster were over-eager in their play early on but they were able to apply pressure to allow hooker Lee Barron to ground the ball at the sticks for Chris Cosgrave to convert in the 10th minute.

Then, former number eight Sam Illo, operating at loose-head, had too much leg drive for the IQ fringe defence, Cosgrave’s extras making it 14-0 in the 15th minute. It had the look of a long afternoon for The Exiles until they put together a decent attack which was thwarted by lock Jack Guinane’s clamp-down on the ball in the shadow of his posts.

The indiscipline of the IQ boys and the line-kicking of Cosgrave, as much as anything else, drove Leinster up the pitch. There was a lot to like about they way Leinster carved out the third try, forwards and backs combining to earn room on the outside for right-wing Arthur Henry to reward their approach work. Cosgrave converted for 21-0 on the half-hour.

Centre Cosgrave picked up Niall Carroll’s cross-field kick on the burst to cut inside for his first try and fourth conversion. There was still time for IQ’s left wing Zach Kavanagh to strike from long range to leave it 28-5 at the interval. It was more of the same when tight-head Levi Vaughan bundled over for Cosgrave to do the necessary for the extras.

Then, IQ stitched together a lovely piece of play for out-half Michael Cooke to find full-back Sean Bundy with a sweet cross-field ball, the former converting from wide out. The momentum was with IQ and they showed a real clinical edge in plundering a third try by number eight Albert Dwan in the 56th minute.

IQ Rugby had the final say when Benedict Quinn weaved his way to a spectacular last-minute converted try to complete a nine-try thriller.

The Leinster U18 Schools will take on Munster in the second round of the Interprovincial Championship in University of Limerick this Wednesday, 22nd August, at 5pm.