Leinster U18 Schools victorious over Munster 25-16 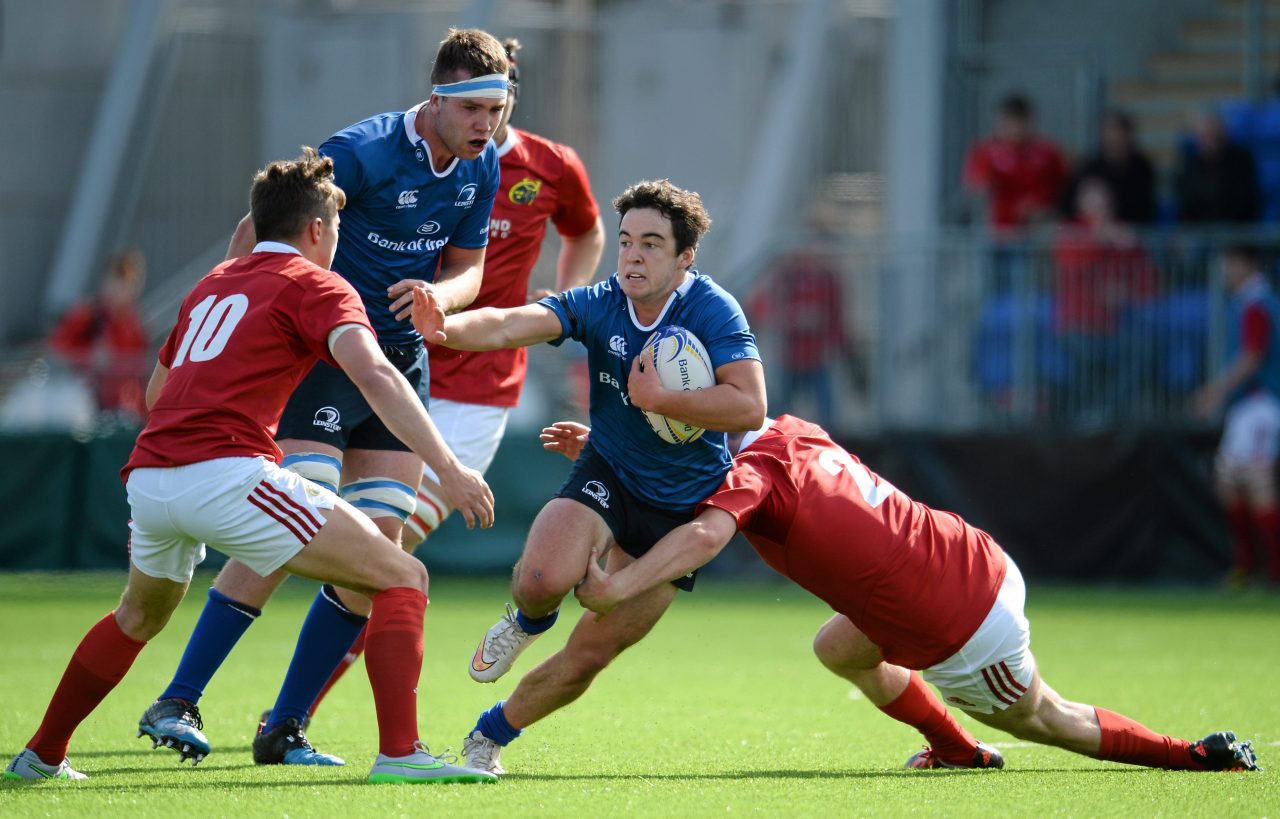 Noal McNamara’s Leinster survived going behind late on with two boys in the bin for Harry Byrne to kick the winning penalty.

Leinster went straight for tempo, their first penalty award at a scrum taken on at rapid speed by scrum-half Patrick Patterson.

Lineout king Ryan reeled in another one, Patterson took off at a rate of knots and prop Eoghan Clarke stayed on his feet by pumping his legs. But, Munster centre Pa Ryan held the ball up in contact to force a turnover.

Doris came calling again with purpose to secure the gain line. The ball was whipped left for wing Ted O’Donoghue to grubber through. Centre Ryan cleaned that up too on his line.

The Leinster captain Doris was soon onto the ball again, his strength in contact impressive, freeing up his hands to put Jack Dignam over for Byrne to convert in the 13th minute. 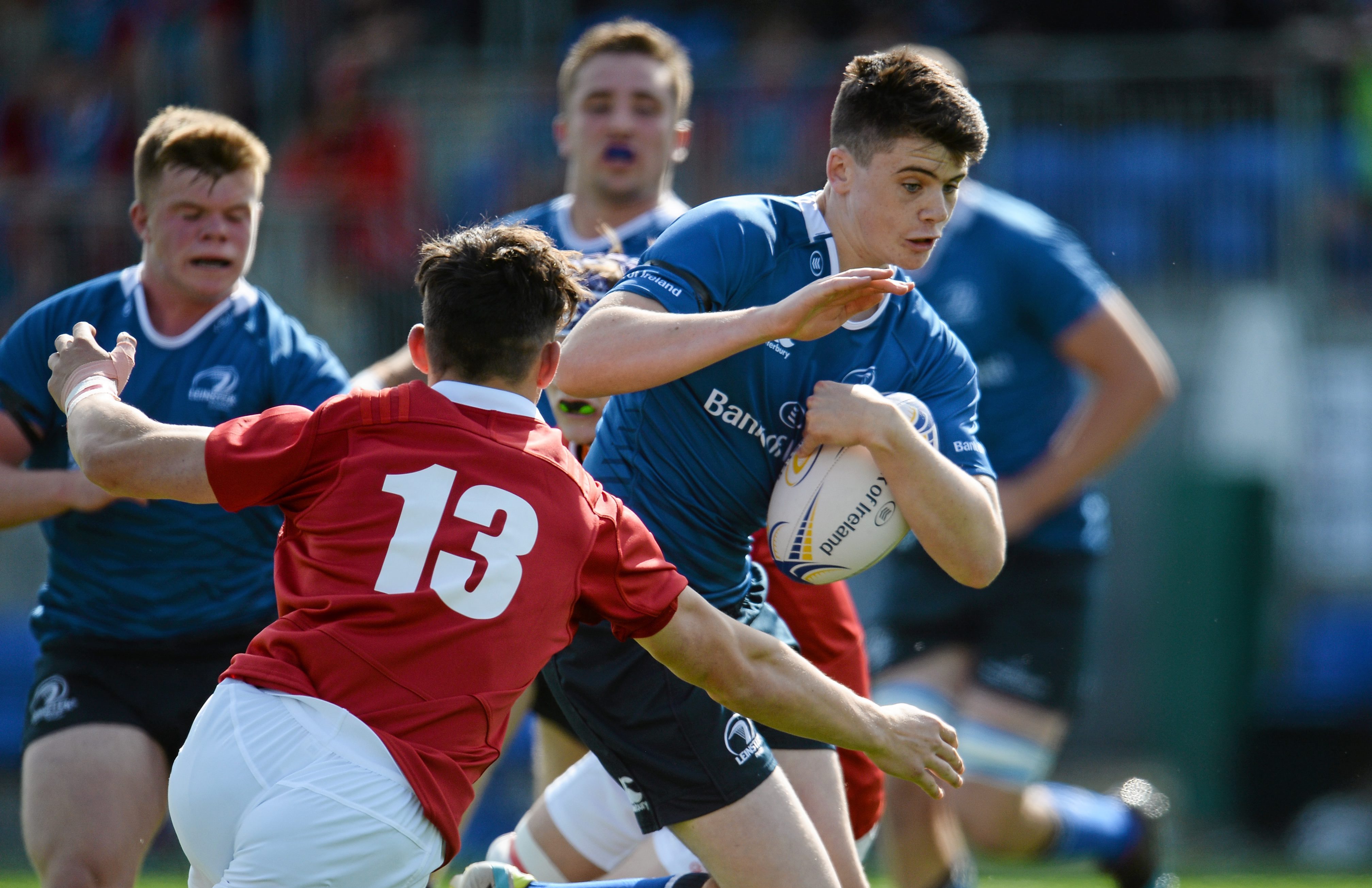 It was far from one-way traffic. Munster came menacingly down the left, wing Sean French taking a nice angle onto the ball which Thomas O’Callaghan spotted just in time.

An impressive bust by Munster number eight Fergus Hennessy caused a penalty, neatly dispatched by fly-half Peter Sylvester to narrow it to 7-3 in the 22nd minute.

It was beginning to open up. Leinster’s O’Donoghue took a sweet inside-to-out line from Byrne’s delivery, the final pass failing to find one of two support runners.

Referee Oisin Quinn felt Leinster pulled down two mauls for the punishment of two penalties, taking the game to within five metres of their line. Munster won the ball and were suspiciously taken down again. No penalty.

This time scrum-half Aaron Rice peeled to the short side where flanker Ian Brown knocked on as he placed the ball on the line. There was the compensation of a shot at goal which Sylvester kicked to make it 7-6 in the 31st minute.

Once again, Doris set the tone with a lung-bursting break into the heart of the Munster defence and popped up twice more to make a real impact.

The ball was shifted right for centre O’Brien to come off his right foot and just about make the line for 12-6 at the break.

Munster replacement James Taylor’s first involvement was a 37th minute penalty which he could not put on target.

There was a frantic element to the game as both provinces struggled for control, Leinster kicking without the chase to back it up and Munster looking to punch around the edges.

Scrum-half Rice sensed an opening, quickly shut down by Patterson. The penalty came, however, for not rolling away at a ruck.

Munster opted for the lineout. Their captain Ronan Coffey claimed the throw from Diarmuid Barron. The maul was set and blindside Charlie Carmody hled the ball captive for a smartly taken try.

Taylor tagged on the conversion for a 13-12 lead in the 47th minute.

The response was immediate.

Leinster constructed a beautiful three-quarter move in which full-back Michael Silvester, O’ Callaghan and James Hickey all contributed handsomely to devise an opening which O’Callaghan could not quite finish. 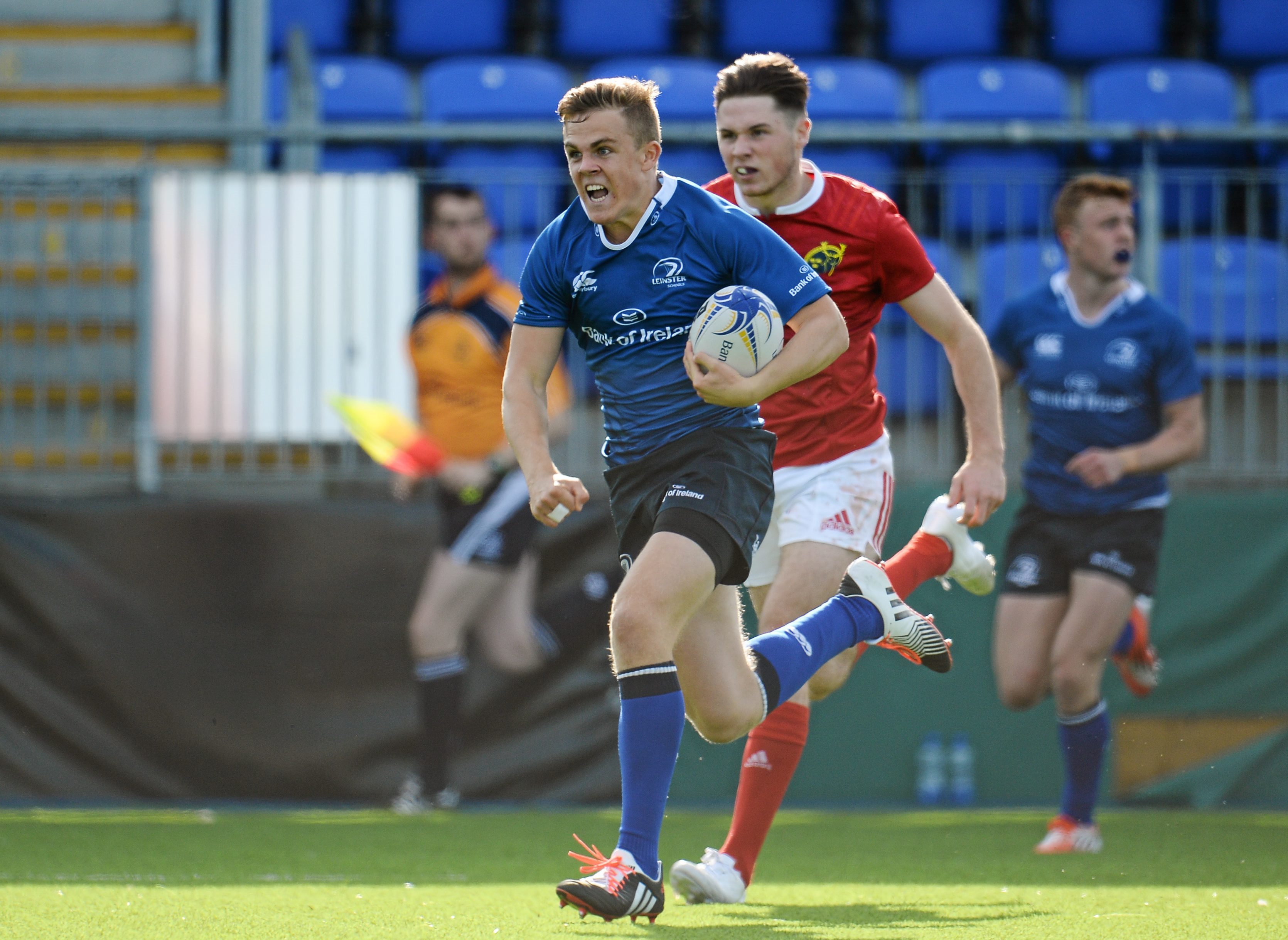 They were picking up the pace as Patterson and Byrne began to orchestrate. Pa Ryan was watertight in the Munster defence. Coffey cut down Doris. But, Quinn noticed an infringement at the breakdown.

Byrne kept his composure to slice the posts for 15-13in the 53rd minute.

Back came Munster. Carmody and prop James French made ground. Hooker Conor Gleeson was yellow carded. Munster went for touch. They messed it up. They came again. Rice was denied by William Fay.

From a scrum, Hennessy and Rice poked and prodded. Leinster were reduced to thirteen when Doris was penalised and Taylor moved Munster 16-15 ahead in the 63rd minute.

Despite dealing with the loss of men, Leinster came forward to earn a penalty which Byrne made.

The seal was put on it by full-back Michael Silvester’s speed away from the cover for Byrne to add the extras in what was a real belter of a game. 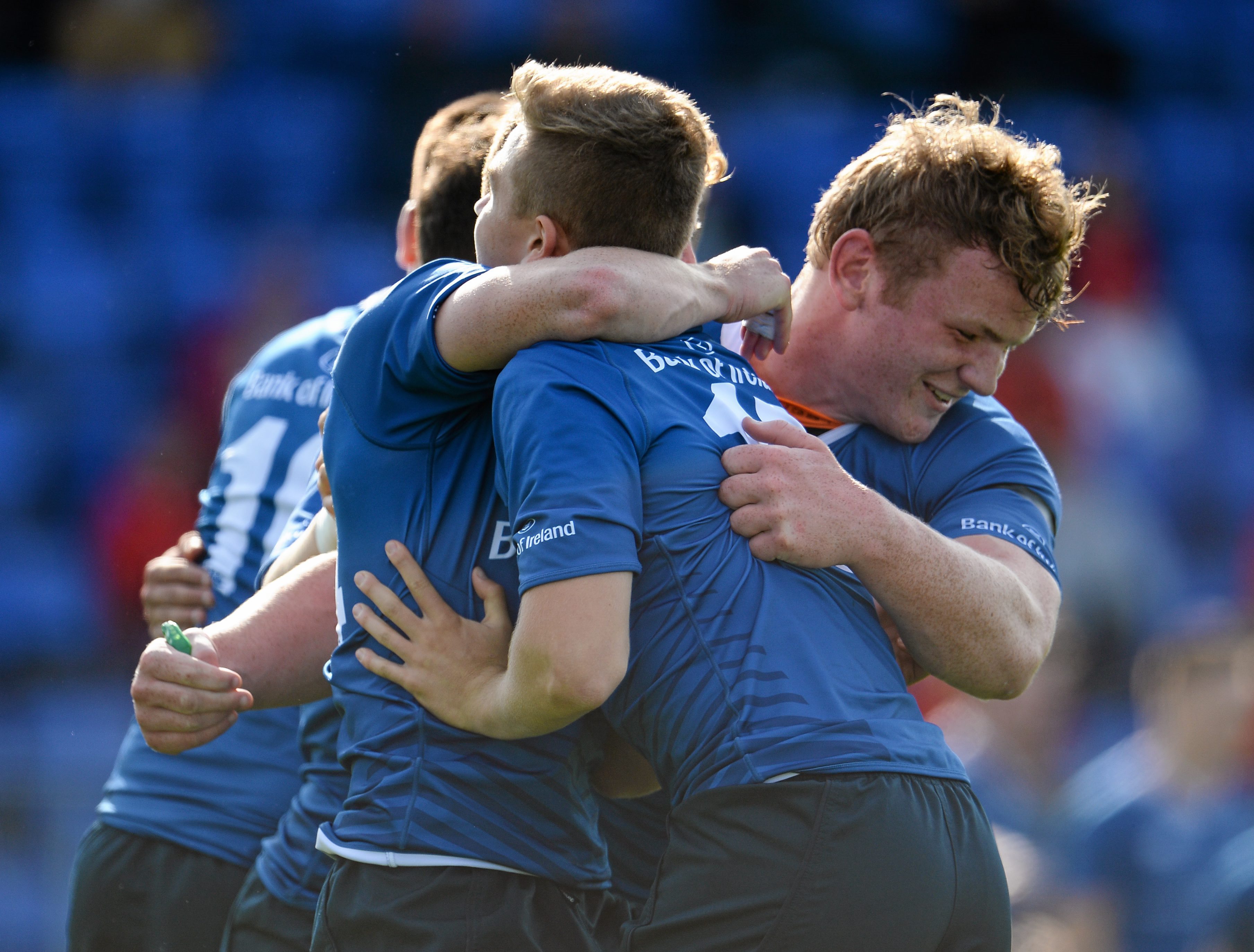