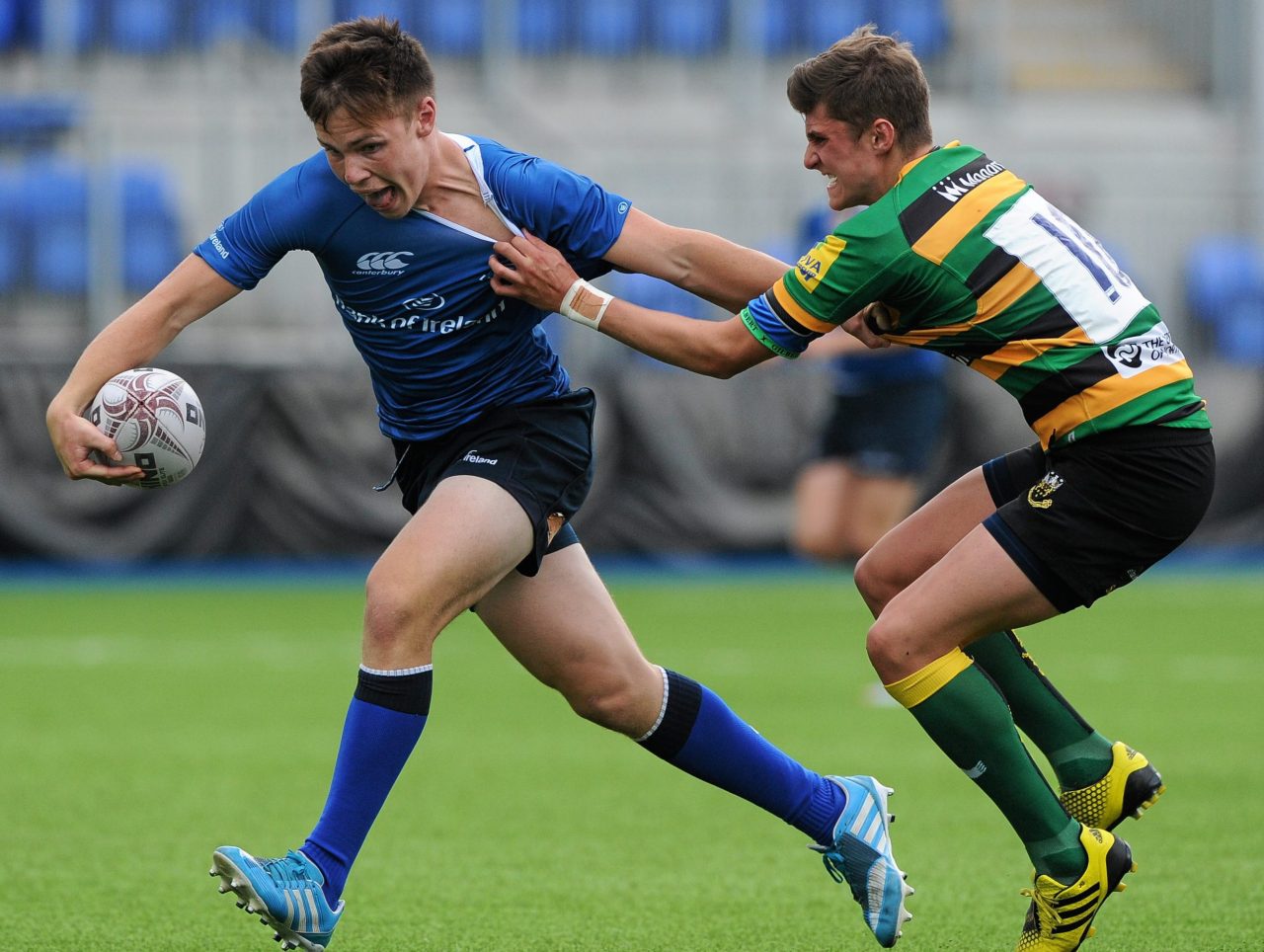 Leinster U18 Schools 22 Northampton Academy 24 Noel McNamara’s boys came up one play short against a powerful Northampton unit at Donnybrook on Wednesday.

It all started out so promisingly. Captain Caelan Dorris captured the kick-off for front-foot ball. Flanker Jack Dignam made a burst, but tried an offload that went to the floor. Scrum-half Patrick Patterson sniped the shortside. Wing Ted O’Donoghue was early in business but for a foot-in-touch.

For their part, the bulk of Northampton’s forwards showed good early intent with lock Ben Kelland doing damage and number eight Jake Carter coming within one good decision of the opening score.

There was an element of magic about the way Leinster broke their duck, fly-half Harry Byrne spotting the advancing defence to the left and spinning right to set in motion a superb counter.

Tommy O’Callaghan’s footwork was dazzling. Doris fended off one man and centre Tommy O’Brien duped another with a behind-the-back flip for Patterson to register five points in the sixth minute.

The visitors came looking for instant retribution. Openside Dignam was there to turn them over on the floor.

A surge from Leinster’s Andrew Murphy was good for a gain. Indiscipline led to a Leinster lineout, taken in by Dorris and they looked certain to score until hooker Alex Rayment came in at the side of the maul.

Full-back Michael Silvester countered with purpose to draw a penalty which he could not convert in the 14th minute.

The English boys did not have any trouble winning ball. They did have in keeping it, number eight Murphy in on the poach to secure yet another turnover.

A nice move off the side of a maul between Patterson and centre James Hickey opened the way for wing O’Donoghue to finish through weak tackling. Byrne converted for 12-0 in the 19th minute.

It wasn’t long before they were back on the verge of their third try. It never came as hooker Conor Gleeson got a little isolated on the ball.

Leinster were cutting their guests open at will with half-backs Patterson and Byrne orchestrating the line for Silvester to speed around the outside and wing O’Callaghan on hand to fly to the flag for a 17-point lead in the 25th minute.

Out-half James Grayson penalty to the corner put the visitors where they wanted to be for second row Alan Gregory to benefit from a textbook maul, Grayson landing the conversion to leave it 17-7 at the halfway point.

It took the swift actions of wing O’Callaghan to force a spill from Sam Easton just as the posts beckoned in what was a messy beginning to the second period.

Number eight Jake Carter earned a penalty for Northampton to set up their lineout-maul for Gregory to claim his second try. Grayson’s two points made it 17-14 in the 45th minute.

Leinster were penalised for not rolling away at a ruck. Grayson made them pay from 38 metres to tie it up in the 49th minute.

The bigger bodies of the Northampton forwards were beginning to take their toll, Easton powering beyond contact and centre O’Brien seeing yellow for his work at the breakdown.

The home boys did break out for Silvester to feed O’Callaghan. This brought energy. Patrick Ryan carved up an opening to take play inside 10-metres and replacement Ronan Foley was on the premises to pick up a priceless try for 22-17 in the 61st minute.

It was a dangerous lead as left wing Jo Green threatened to wipe it out just before O’Brien returned to bolster Leinster’s defence.

Then, centre James Hickey was wrong-footed and caught a ball-carrier high to be binned. This gave Northampton a foothold they didn’t waste, right wing Adam Shaw knifing over on the left. Grayson’s conversion took them in front.

It all came down to one final push by Leinster. They kept the ball patiently and carried with intent until they lost control of a ruck and the game.