Leinster U19 and U18 Clubs captains on ‘Across the Laighin’ 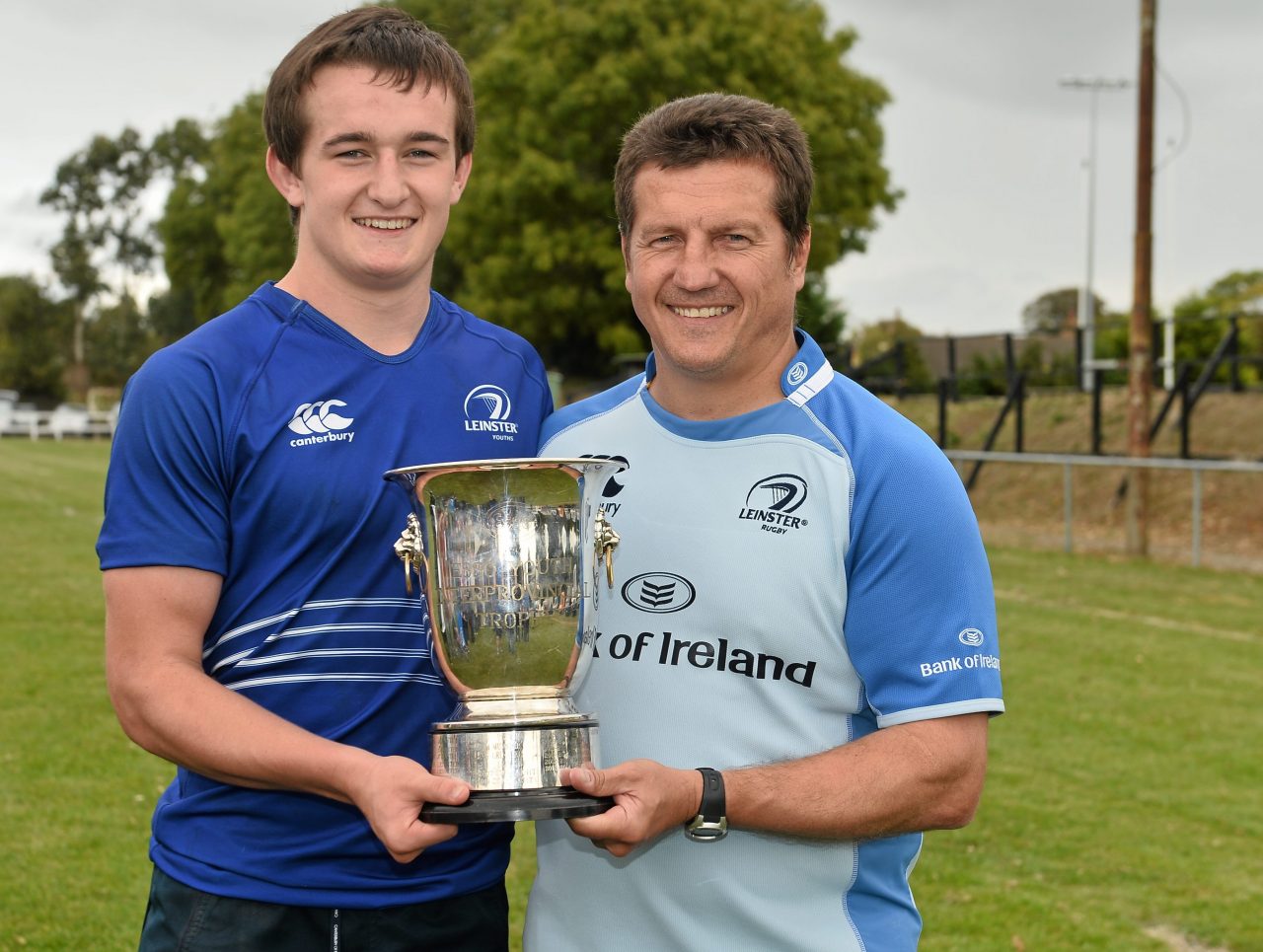 Fresh from their interpro championship victories, Leinster TV caught up with James Ryan, Leinster U19s captain, and Conor Farrell, Leinster U18 Clubs captain, to discuss winning the interpros and their plans for the future.

Leinster U19s won their interpro title in impressive fashion, defeating Munster 19-10, Ulster 40-13, and putting six tries past Connacht in the title-clinching game in the Sportsground, which they won 38-7.

U19s captain James Ryan scored one of those six tries in the match against Connacht, and the St. Michael’s student spoke about the campaign with the U19s and his experience playing rugby in school on this month’s ‘Across the Laighin’.

“I’ve played in the school since I was about 12 and I’ve really enjoyed every moment of it. This is my first experience working with Leinster as a whole instead of just the schools, so there’s a lot of players and a lot of clubs guys really added something.”

With an interpro title secured, Ryan’s focus now switches back to his school and the Beauchamps Senior Cup.

Leinster U18 Clubs were also crowned interpro champions after a 25-6 win over Munster in Waterpark RFC. Conor Farrell credited the spirit among his team as being crucial to their success in the championship.

“It was a super experience getting to know the lads from all the different clubs around Leinster. It really brought the team together having so many clubs involved. It’s always beneficial, you’re always learning – you’re never not learning. There’s always something to improve on in your game.”

Looking ahead, Farrell says he is keen to progress as a player and continue to make strides at a provincial and international level.

Hear more from Conor and James, and watch interviews with Matt O’Connor, Jamie Heaslip and Kane Douglas on this month’s episode of Leinster TV’s ‘Across the Laighin’.