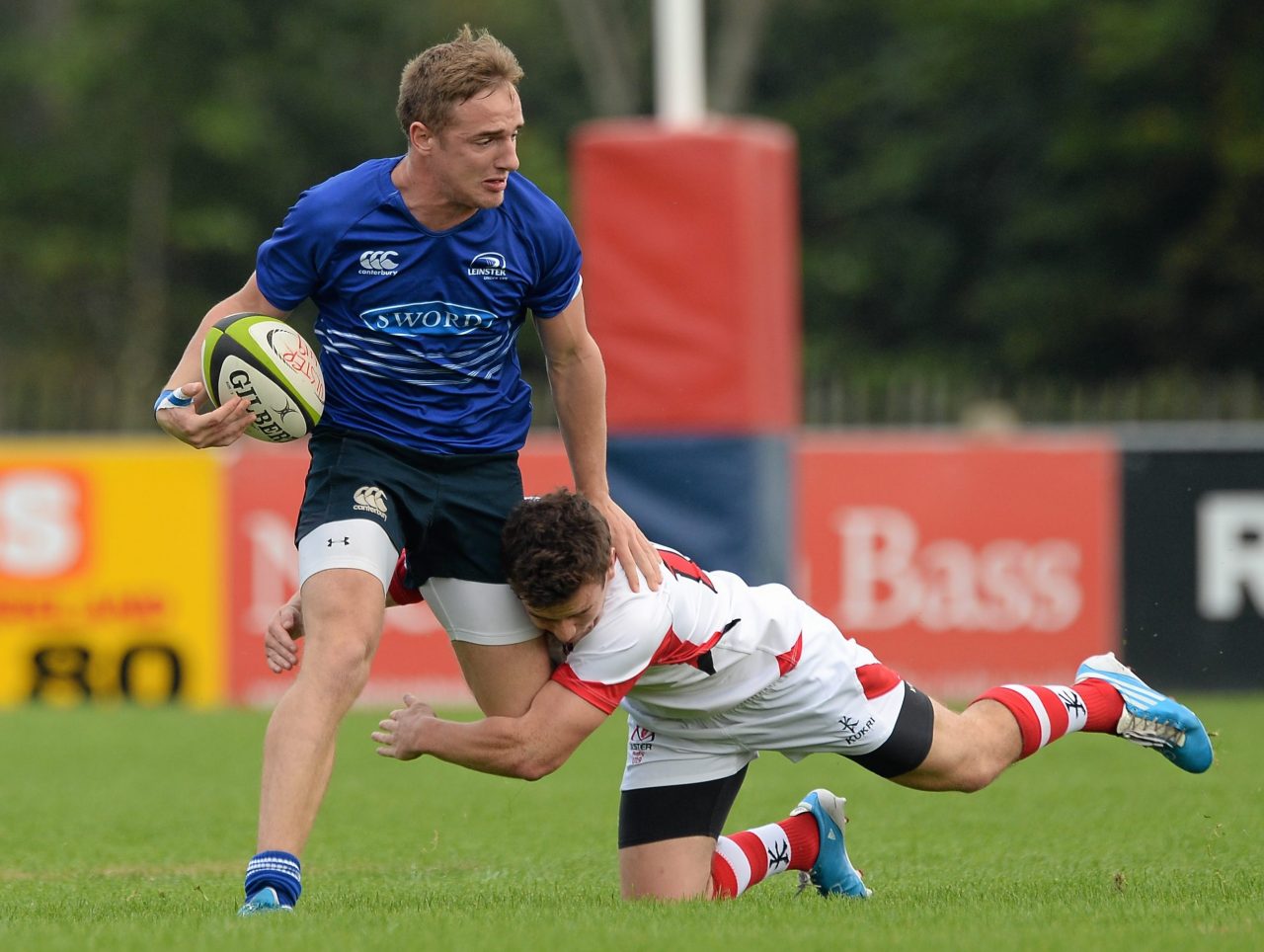 The home side started well, opening up a 6-0 lead courtesy of two penalties from outhalf Gareth Millar by the 8th minute mark.

Leinster hit back with the first try of the game when number 8 Max Deegan broke a few tackles to touch down under the posts with fullback Alan Hughes adding the extras for a 6-7 lead.

The visitors crossed for a second shortly after when a loose Ulster kick was punished by a slick counter attacking move that sent Matthew Byrne over in the corner for an unconverted try to make it 6-12.

Millar missed third penalty attempt in the 16th minute before Leinster added a third try. A blindside scrum attack involving Deegan, Nick Peters and Byrne resulted in Hughes running in unopposed with Hughes converting his try for a 6-19 lead. 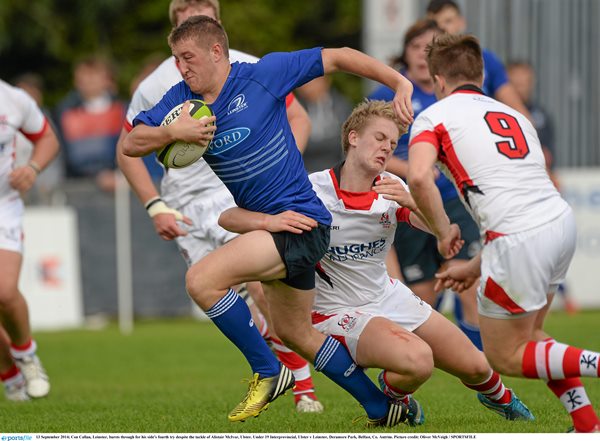 Ulster responded with a well worked score on the half hour mark. They kicked a penalty into the right hand corner. Conall Boomer secured the lieout and scrumhalf Chris Gibson sniped to within a metre, allowing Boomer to pick up and crash over from short range. Millar converted to bring his side to within 6 points.
Just as it looked as if the home side might push on, Leinster hit back on the stroke of half time, Con Callan capitilising on some weak Ulster defence crossing for a converted try to turn round 13-26 down.

Leinster struck again just after the interval with an opportunist score. With Ulster on the attack, a spilled ball was hacked through twice by Byrne and he collected to score under the posts. Hughes added the extras and did the same for Will Connors’ effort to bring them up to the 40 point mark.