Leinster U19 edge past Munster in Interprovincial Championship 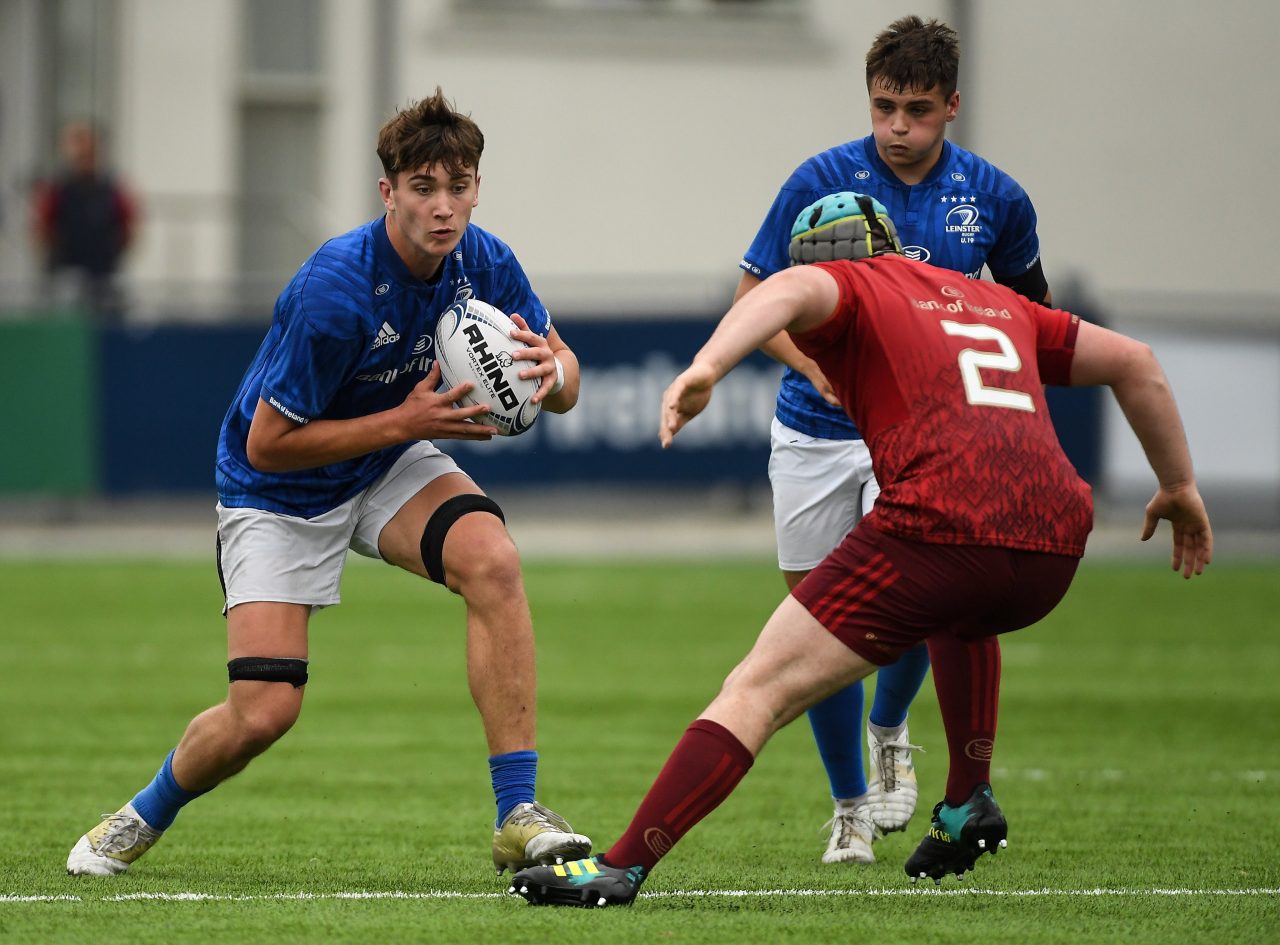 Leinster Rugby U19 took control of the Interprovincial Championship with their second win in a week at Energia Park on Saturday afternoon.

This was the meeting of two unbeaten provinces from Leinster’s 31-7 victory away to Connacht and Munster’s win over Ulster, 34-22, at home in the previous round.

The opening quarter started out as a battle for position, Munster making headway based around some of Leinster’s mistakes.

The first real touch of class came from centre Michael McGiff’s left to right pass to set Matthew Jungmann free. He was hauled down from behind by Ronan Quinn only for centre Luis Faria to seize the space on the short side for a try which was converted by David Fitzgibbon in the sixth minute. 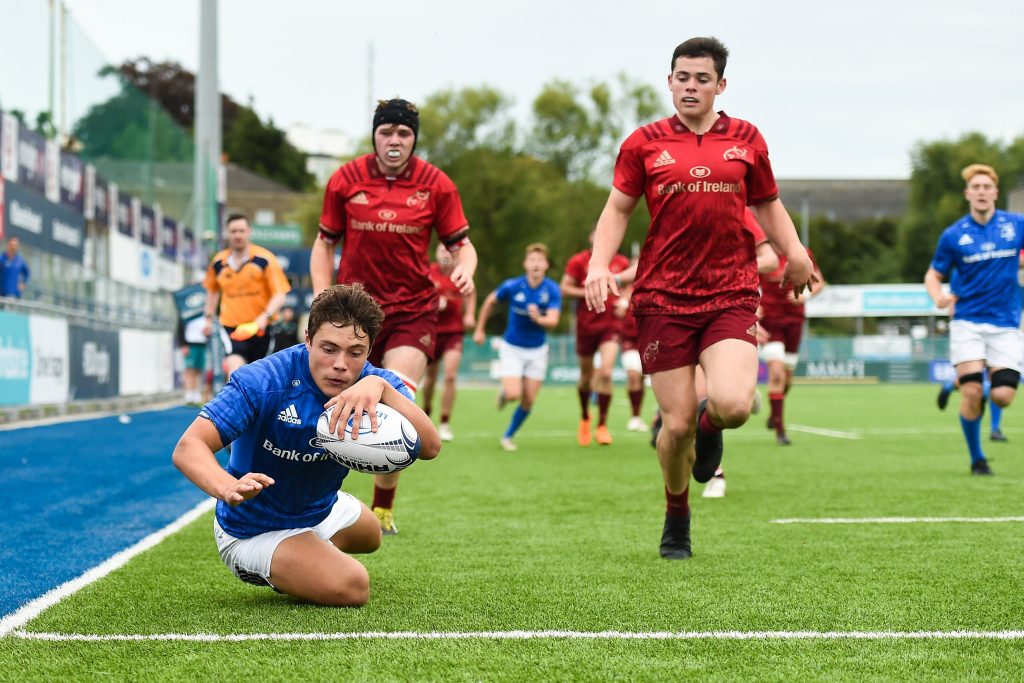 Munster’s main route forward was either side of the ruck with Leinster captain Anthony Ryan eager for contact and Cian Prendergast in quickly to force a penalty on the floor.

When Munster did retain possession, they looked sharp enough through the middle with out-half Daly and centre Tommy Downes, their captain, committed to taking direct lines of attack. They held on long enough to tempt Prendergast into another grab on the ground which coughed up a penalty, slotted by Daly in the 14th minute. 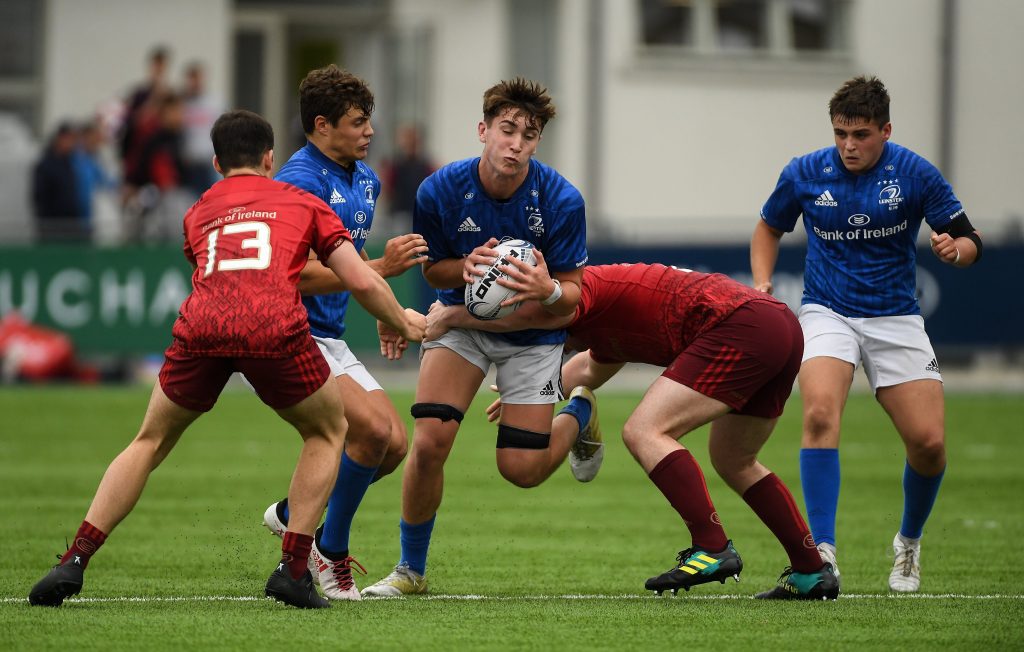 Munster came looking for more reward from Alex Kendellen’s perfect poach and lock Eoin O’Connor’s splintering carry, Daly shooting them to within one point from 40 metres out in the 17th minute. Soon, they came calling through their scavenging forwards, scrum-half Charlie O’Doherty’s chip and Ronan Quinn’s chase to force an attacking lineout.

The maul made ground, prop Ciaran Ryan and Daly having a pop at the whitewash before second row Eoin Quilter plunged to the line for 11-7 in the 22nd minute. It wasn’t long before Leinster were back in the argument by staying patient with the ball, Fitzgibbon’s shot at goal slipping just right from long range. 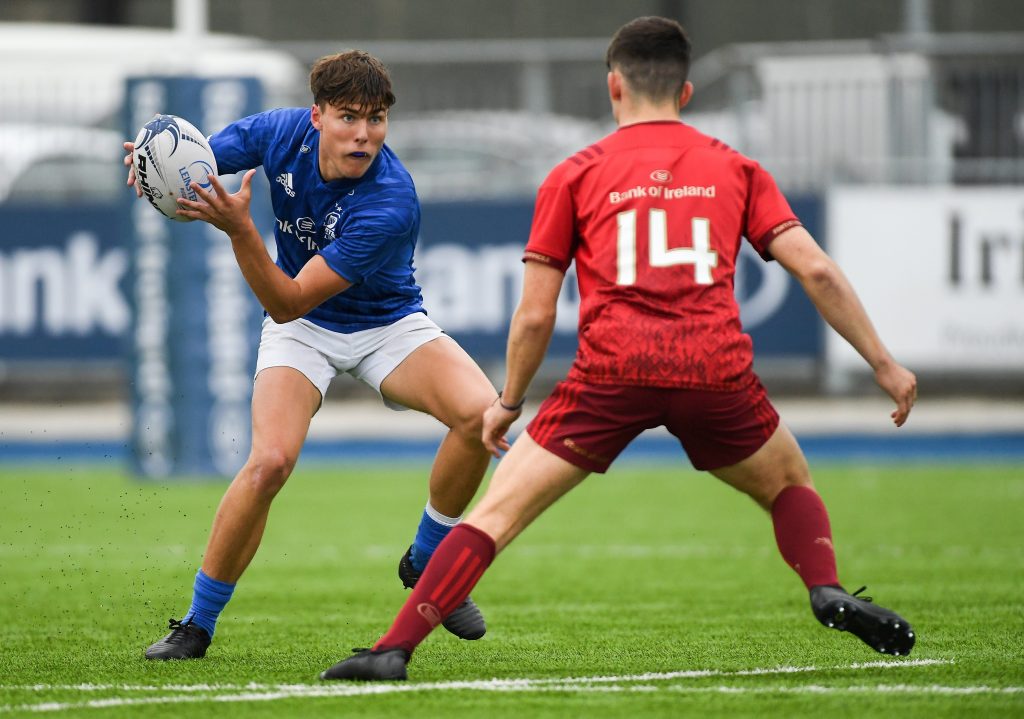 They were able to stay on the attack for Prendergast to gather a lineout, the maul powering over for hooker Mark Nicholson to claim the try converted by Fitzgibbon for 14-11 at the break. The home side went straight to their offloading, initiated by prop Marcus Hanan, to carve out Fitzgibbon’s 38th-minute penalty.

A high tackle allowed Munster access to Leinster’s half where they lost their own lineout and kicked their next possession away for Leinster full-back Max O’Reilly to counter effectively. A sleight of hand from Munster left wing Ronan Quinn created room on the right and, when the ball was swung back, Leinster’s Charlie Ward almost snatched an interception from Quinn.

The signs were ominous and, despite a timely intervention from left wing Mark O’Brien, Munster built on the fringes for loose-head to Ryan to blast over for Daly’s conversion to make it 18-17 in the 50th minute. 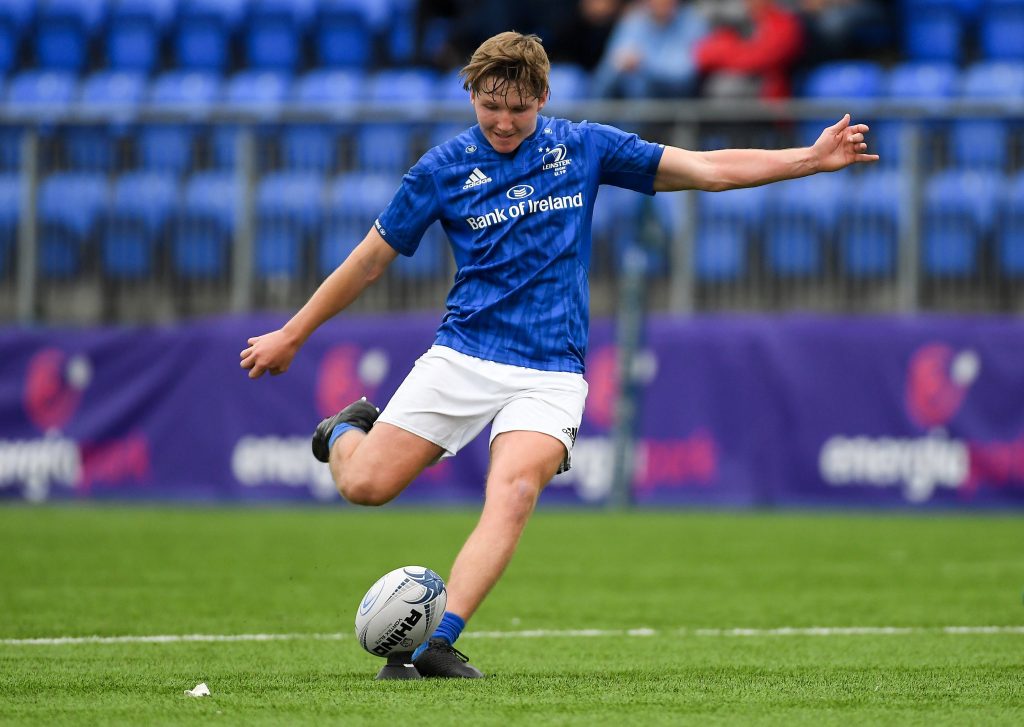 At this point, Leinster regathered the kick-off and Munster centre Harry Benner was yellow carded to concede a numerical advantage. However, Daly kicked them out of trouble and the out-half made it 21-17 when flanker Jody Booth was caught on the wrong side of the ruck.

A teasing kick by Leinster’s Gavin Jones put the pressure on for Matthew Jungmann to corral full-back Louis Bruce deep inside the 22. From there, it was frantic rugby with neither side able to apply the control necessary, Prendergast hacking on a loose ball to put Leinster back on the attack. 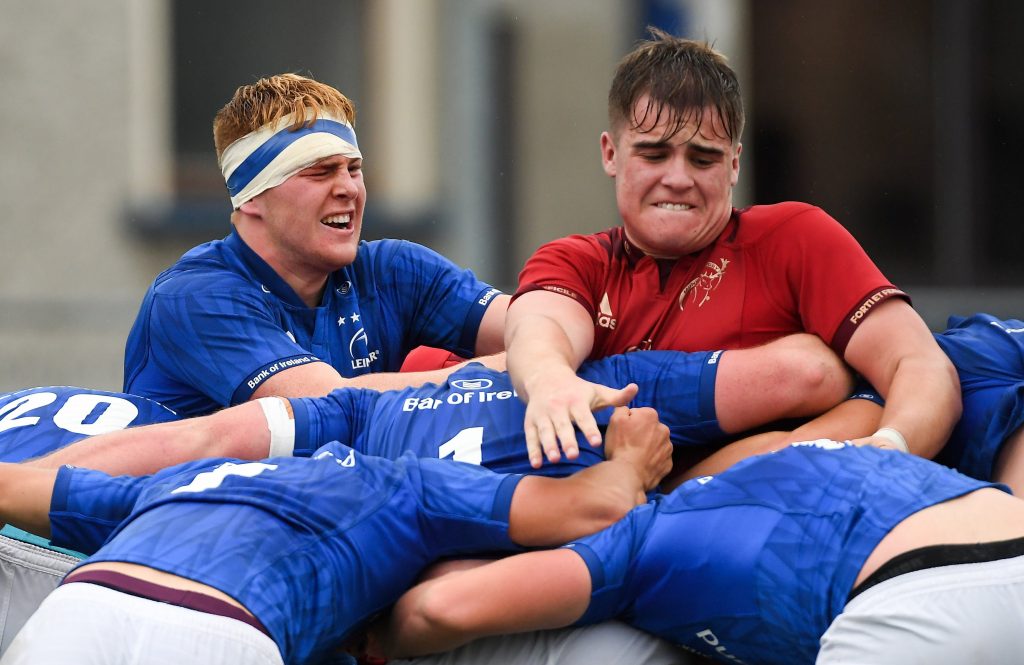 An overthrown lineout was seized on by Bobby Sheehan and fellow replacement Ryan McMahon was on hand to drive over, Fitzgibbon’s extras putting Leinster three ahead with six minutes left on the clock.

Leinster U19 will take on Ulster in the final round of the 2018 Interprovincial Championship, next Saturday, 15th September, in Newforge, Belfast (KO 2pm).