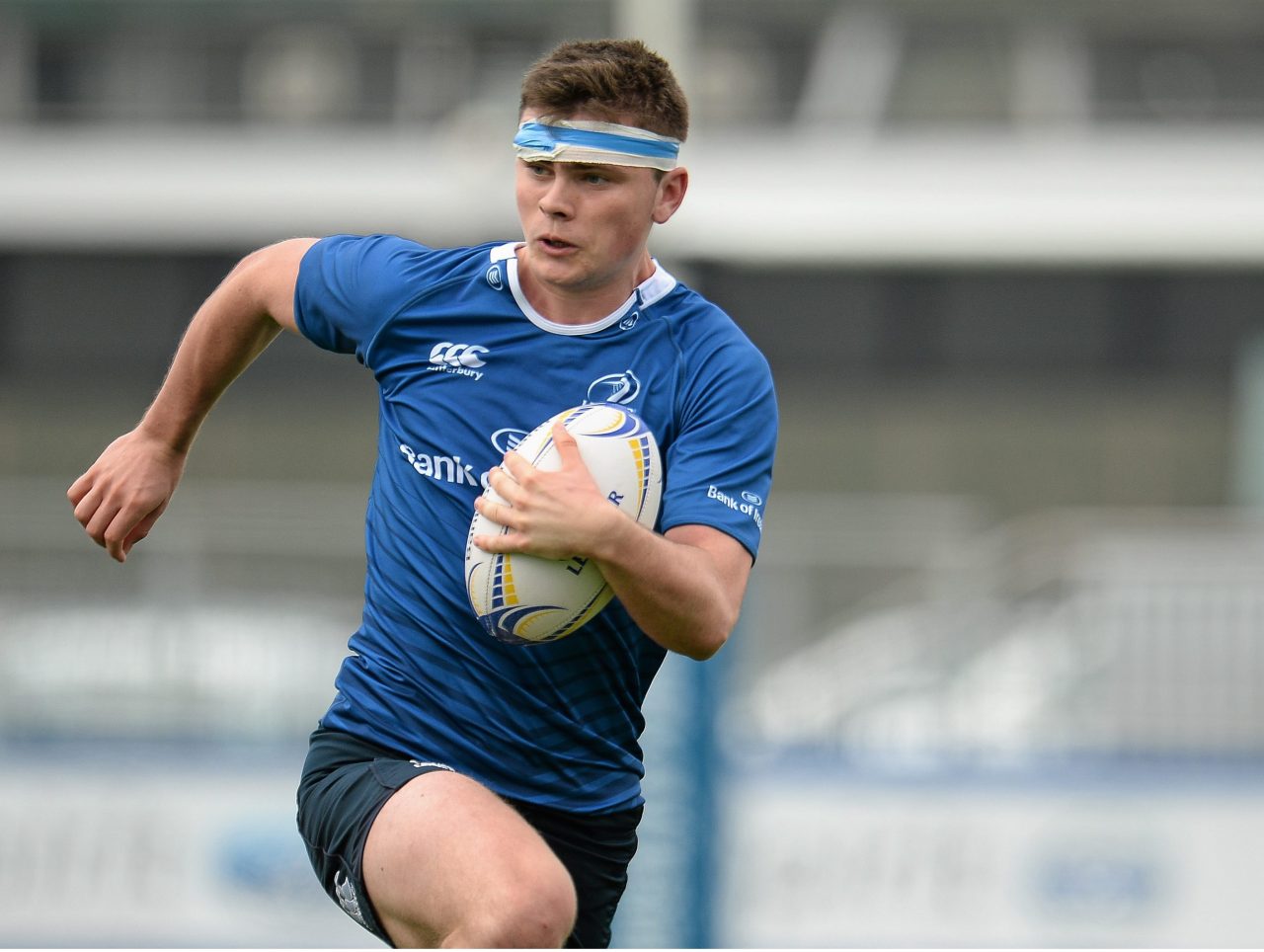 Leinster’s defiance in defence and centre Jordan Larmour’s two tries saw them home against a dangerous Ulster in the U19 Interprovincial Championship at Donnybrook on Saturday.

Ulster started out aggressively with lock Robin Sinton hammering his opposite number Jack Regan and Leinster’s Gavin Mullen taking out Robert Balacoune before the left wing had received the ball. Fly-half Paul Kerr’s penalty was on target, but short of length.

It wasn’t long before number eight Zac Jordan was clean through until arrested by a textbook tackle from full-back Barry Goulding.

Leinster’s first joy came from second row Oisin Dowling’s break out of defence and James MacGowan’s penalty from the left for an edge in the fifth minute.

Ulster’s Sinton was fortunate to escape nothing more serious than the sanction of a penalty for his illegal contact into Dowling.

They made use of the let-off when full-back Andrew McGreggor surged into the 22 and right wing Jonathan Haldane dotted down from a quick recycle to take the lead in the tenth minute.

The battle of the breakdown was going Ulster’s way and Leinster flanker Conor Farrell was binned on the advice of a touch judge.

The visitors were almost in clover again when centre Callum McLaughlin’s pass-under-pressure could not find the unmarked Balacoune.

Leinster get juice out of Dowling’s miss-pass and Mullen’s speed down the right before he was blindsided by Sinton. They were awarded a penalty at the next ruck.

MacGowan sliced the posts to recover a 6-5 advantage in the 18th minute, largely against the run of play and chances.

It took a groundhog intervention by number eight Paul Boyle on the floor to stem Ulster. Centre Jordan Larmour’s straight line onto the ball stressed the visitors and MacGowan made it 9-3 form straight in front in the 22nd minute.

Ulster wing Jonathan Haldane’s intrusion into the line was decisive, his speculative long pass to Balacoune not sharp enough to get the job done. However, out-half Paul Kerr did hammer out a penalty in the 26th minute.
They came again with purpose until Larmour separated full-back McGreggor from the ball.

It was Larmour who lit up the afternoon with an individual try right out of the top drawer as he streaked away down the left and beat the last defender with an in-to-out move for MacGowan’s two to make it 16-8 in the 33rd minute.

On resumption, MacGowan was not able to land a penalty from distance. Hooker Tadgh McElroy and prop Rory Mulvihill gave go-forward off the shoulder of fly-half Ciaran Frawley.

Ulster number eight Zac Jordan was harshly binned for not releasing McElroy in the tackle. MacGowan’s shot smashed of the outside of the left post.

Ulster needed a reaction. They got it when McGreggor flew into space and Balacoune was stopped short by full-back Goulding for the cost of a penalty.

They went to the corner. Centre Josh Jordan took the ball up and wing Haldane had the gas to get outside MacGowan for a try which narrowed it to 16-13 in the 45th minute.

The slight of hand of Frawley nearly put Larmour into a hole. Ulster’s countered strongly through Josh Jordan as the fluidity of the game was disrupted by mistakes and a plethora of replacements.

Ulster’s McGreggor slipped into a tackle by Jack Regan, who saw yellow, and Ulster went for the lineout into maul. It almost worked out, their wing Ryan Wilson spilling the ball in the act of scoring.

They wouldn’t go away. The Leinster defence was stretched to breaking point. They needed air and they got it when Larmour simply moved into fifth gear for the tremendous try, converted by MacGowan.