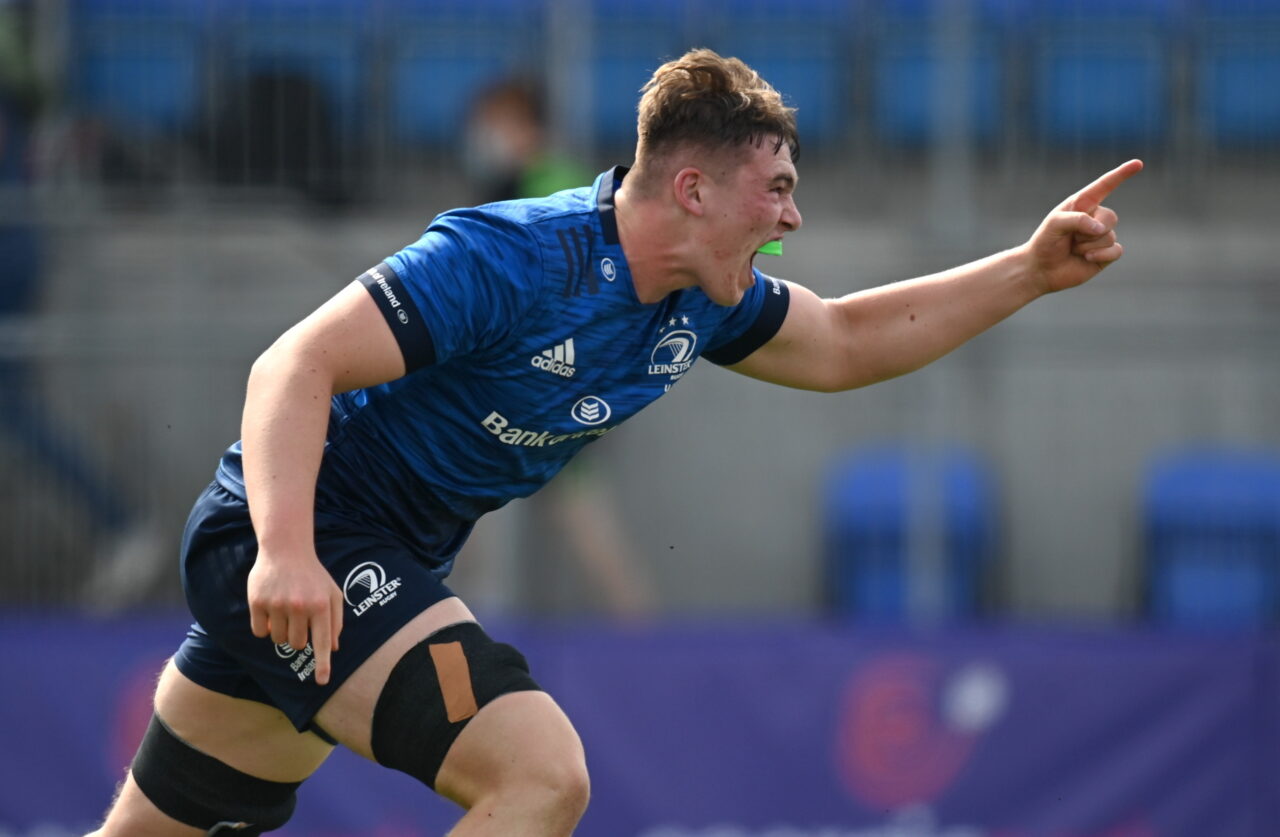 The Leinster U-19s stayed on course for the Interprovincial Championship by edging out a colossal effort from Connacht at Energia Park on Sunday afternoon.

Coach Andy Wood made nine changes from Leinster’s first round win over Munster, while Connacht settled for three after losing out to Ulster.

Leinster did not hang around, full-back Henry McErlean returning a clearance kick with interest to draw a penalty.

The decision was taken to go for the corner. A nicely worked lineout maul was held up over the line with the compensation of a penalty for an infringement.

The lineout maul was used again, flanker Liam Molony peeling away. This time, out-half Sam Prendergast put Hugh Cooney over with a short ball, the former converting in the fourth minute. 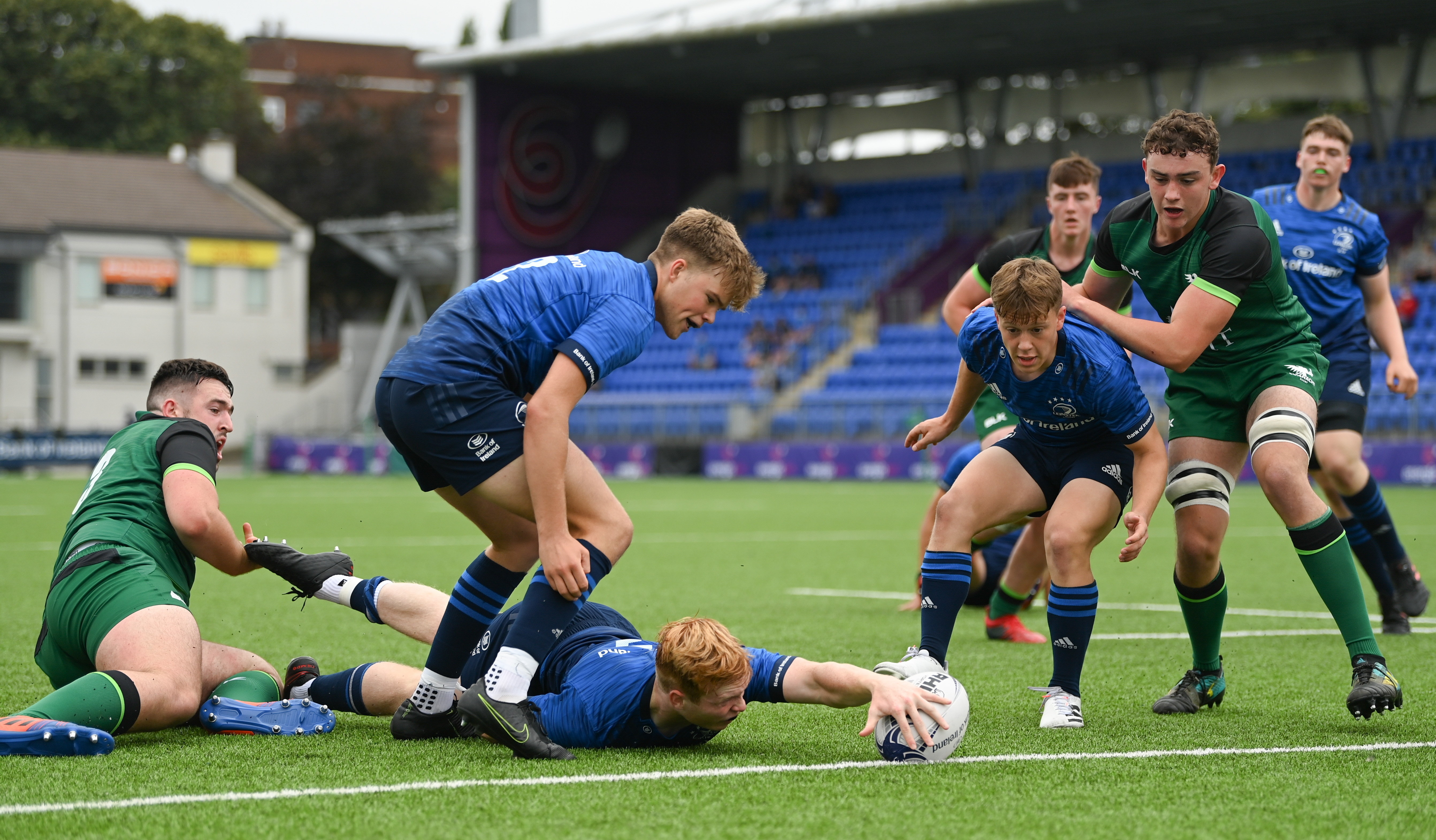 Leinster were rock solid in defence until a gamble was taken, an interception missed, to open up a hole for out-half Harry West to stroll through for a try, the out-half also converting in the 19th minute.

The home forwards showed how to handle when hooker McCarthy made another break. Flankers Liam Molony and Dan Carroll combined to take advantage of Diarmuid Mangan’s timing onto the ball for a fine try, converted by Prendergast on the half-hour.

When Leinster tight-head Paddy McCarthy was binned, Connacht had to execute to expose the one-man advantage.

Out-half West and flanker Adam Hunter, from a delicious offload, engineered a half-chance for wing Liam Golden, snuffed out by McErlean to leave it 14-7 at the interval.

A solid Connacht scrum was the basis for Barrett to carry a threat. The ball was moved right for West to be twice involved in picking up his second try and conversion to level it in the 42nd minute.

Connacht Prop Jonathon Flynn retrieved a wonky lineout and West pulled the strings for Devine to shoot through a gap. But, full-back O’Carroll was rocked by a textbook contact from Cooney.

It was all to play for and it showed as both sides struggled for the basics of moving the ball and protecting it.

The energy of the Connacht boys was infectious, illustrated by flanker Hunter causing havoc in the backfield and replacement Andrew Sherlock scrapping for a loose ball.

However, in an instant, Leinster were back in front. It owed everything to Prendergast’s refusal to go to ground from two tackles as the captain escaped into the corner, adding the conversion from the right in the 59th minute. 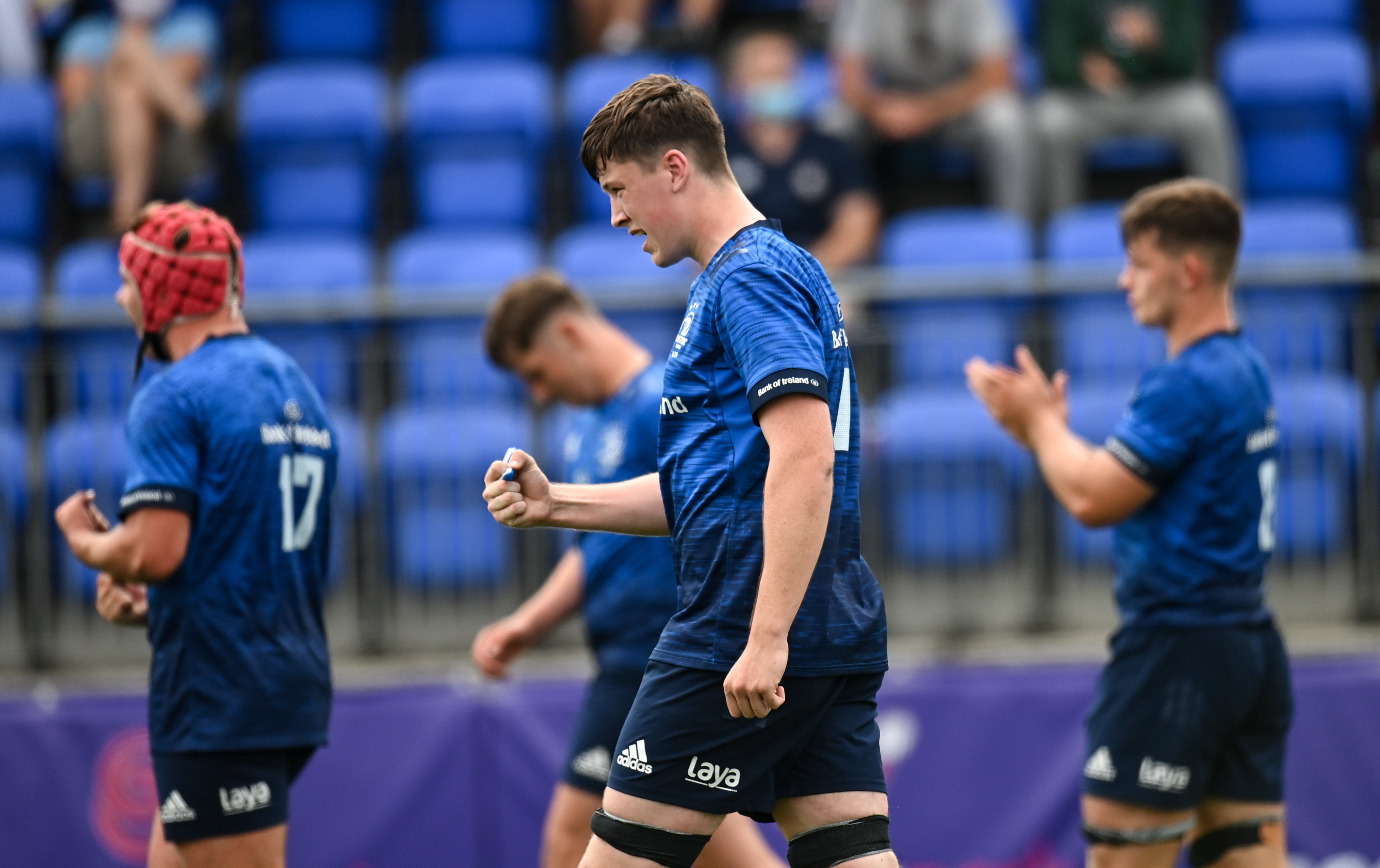 A fantastic one-two between Devine and Barrett cut Leinster up and Connacht kept their cool for Devine and Hunter to work the overlap for Tadhg Finlay to finish in style on the left in the last minute.

Out-half West couldn’t convert at the end of a match in which his contribution was nothing less than heroic.