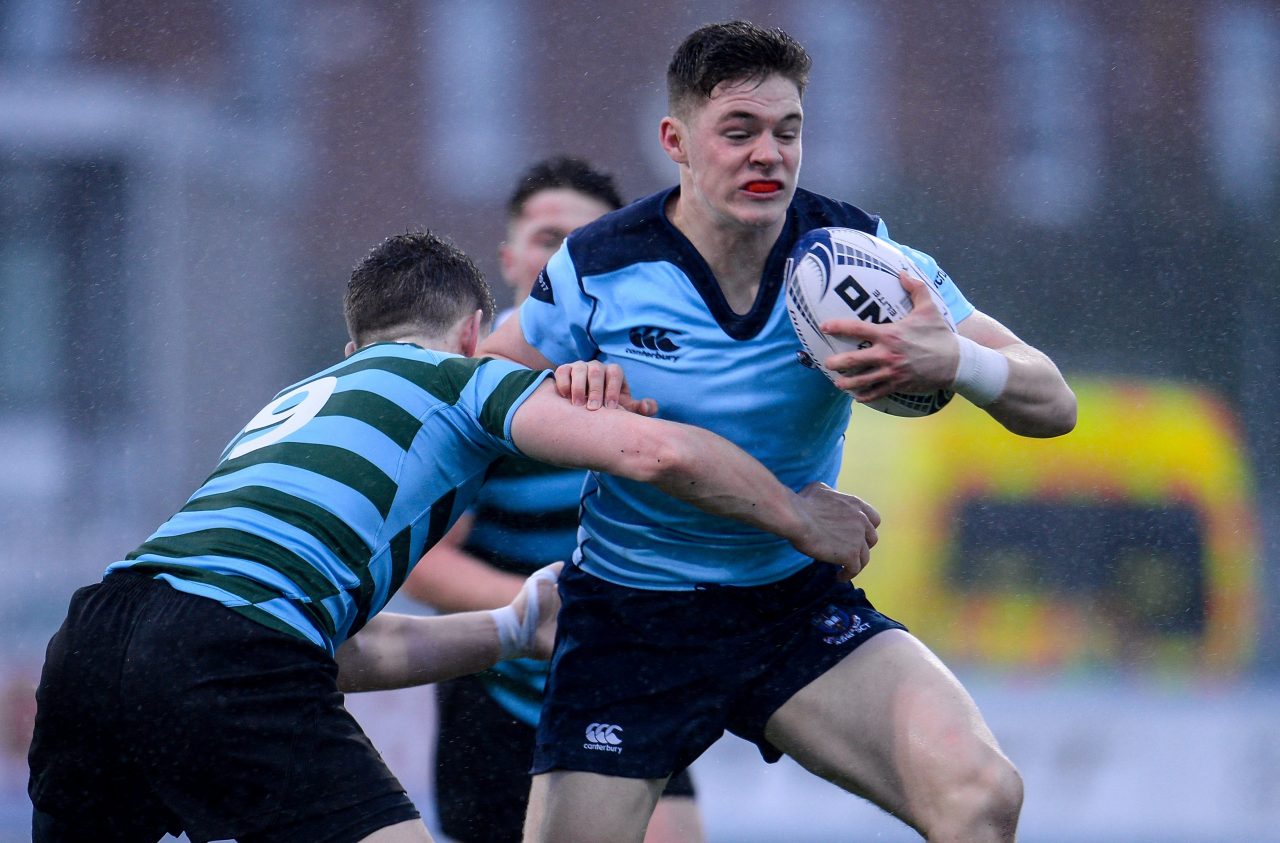 Robert Russell, the Leinster U19s full back in action earlier this year for his school St Michaels College during the Bank of Ireland Leinster Schools Senior Cup. Photo by Sam Barnes/Sportsfile

Hugo Lennox, opened the way for prop Niall McEniff to finish, Ryan’s conversion taking it out to 12-0 in the 17th minute.

Worcester looked like striking back until Penny tuned in a monster hit to earn a penalty.

The home side didn’t waste any time in moving forward for lock Adam Melia to scramble over from a maul for Ryan to convert.

The footballing nous of Hawkshaw came to the fore, not for the first time, when his delicate kick was taken home by full-back Robert Russell, Ryan converting for 26-0 at the interval.

The one-way traffic continued with a quickfire three from full-back Russell.

For Hawkshaw’s next trick, the fly-half conjured a pinpoint crossfield ball which was brilliantly dotted down by right-wing Adam La Grue and converted by Russell.

The game deteriorated from that point on as Worcester failed to challenge the Leinster defence.

In turn, the home side did not maintain their ruthless streak, Penny almost making the line from 60 metres and replacement Ronan Watters’ last pass drifting just beyond the reach of Daragh Bolger, Sam Barry failing to collect Russell’s kick and Elliot Ryan fumbling after a fine break.