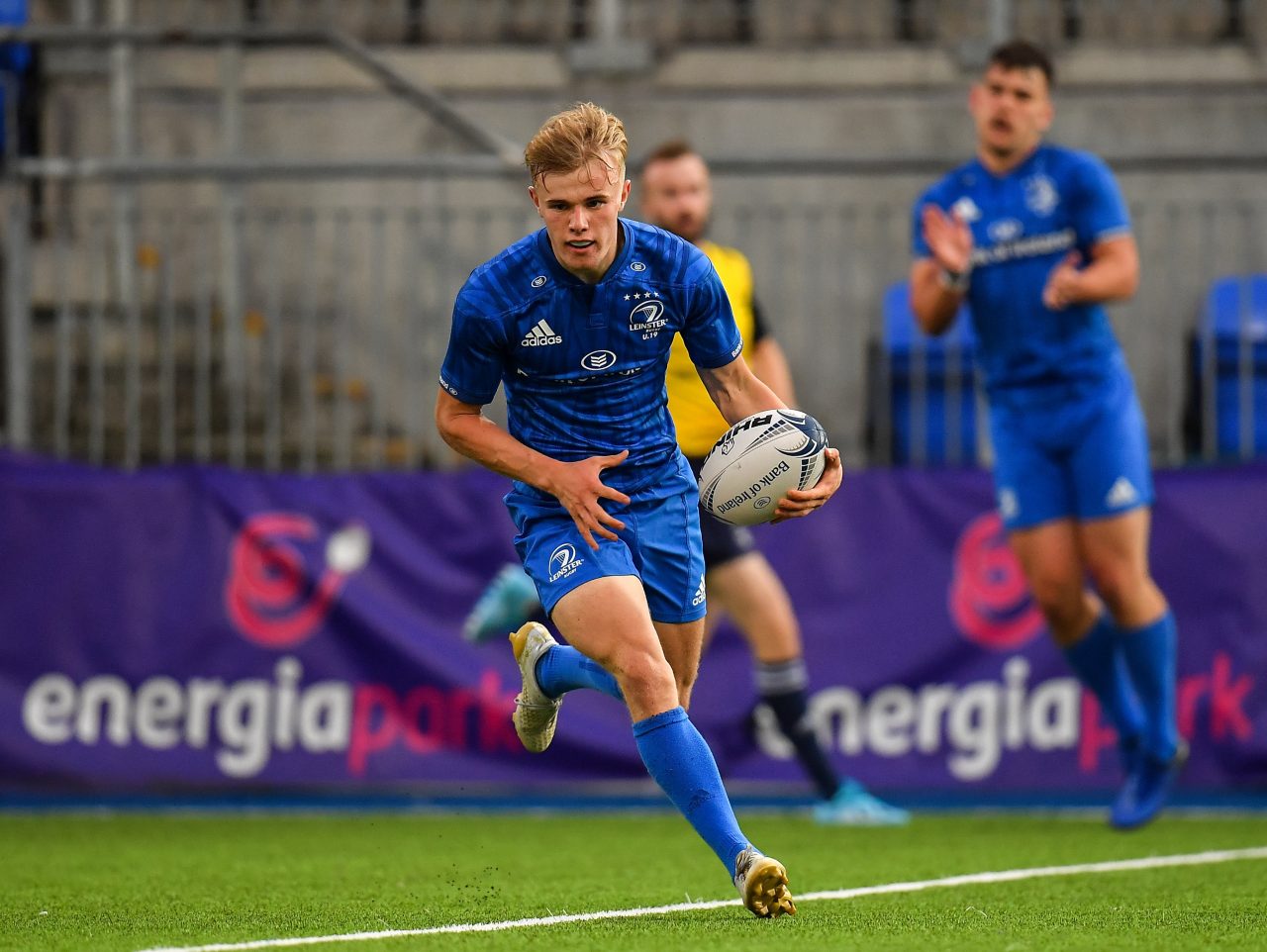 The Leinster Rugby U19s put on a spectacular show in slipping six tries past Ulster in the Interprovincial Championship at Energia Park on Saturday night.

The feeling-out process didn’t take too long as Ulster’s Mathew Sands hammered into the tackles and Leinster’s Alex Soroka made an impact on both sides of the ball.

Chris Cosgrave gave Ulster fair warning of his boot when lashing a penalty from halfway just wide with many metres to spare.

The next chance wasn’t as difficult, Leinster’s phase game causing problems for Cosgrave to strike for three in the 10th minute.

The speed of ball generated by Leinster’s forwards was put to good use down the right and Karl Martin’s chase of Ben Murphy’s kick was rewarded with a turnover, the attack eventually leading to Cosgrave’s second penalty in the 15th minute.

Ulster captain Reuben Crothers had an answer for that by getting on the end of a direct attack, going through the middle to expose Leinster’s fringe defence for out-half Reece Malone to convert in the 17th minute.

This was not a time to reach for the panic button and the signs were there that Leinster could stretch their guests in the outside channels.

Sure enough, full-back Jamie Osborne’s footwork bought enough time to put wing Matthew McGetrick-Stafford away for an excellent try to make it 11-7 in the 25th minute.

Referee Richard Horgan penalised Leinster twice in quick succession for Malone to pounce for a penalty.

Then, McGetrick-Stafford showed his strength in powering through Crothers tackle for a muscular finish in the left corner, Cosgrave converting from the touchline.

In a flash, McGetrick-Stafford was away again, spurning the temptation to take on the last man, putting Ben Murphy in for the third try, converted by Cosgrave, for 25-10 at the break.

Ulster had to have a brighter start to the second-half and centre Luke Pollock broke a tackle to go 40 metres for a fine try, converted by Malone in the 38th minute.

The home side countered with a patient, precise surge from deep with Jamie Osborne key for Alex Soroka to ground the ball, Cosgrave adding two from the right for 32-17 in the 42nd minute.

Ulster prop George Saunderson was binned for checking Cosgrave just before hooker Ronan Loughnane crashed over for another Cosgrave conversion.

The game was long gone when Osborne strolled over for the sixth try, even though Ulster captain Crothers snatched his second on the hour, Malone converting.