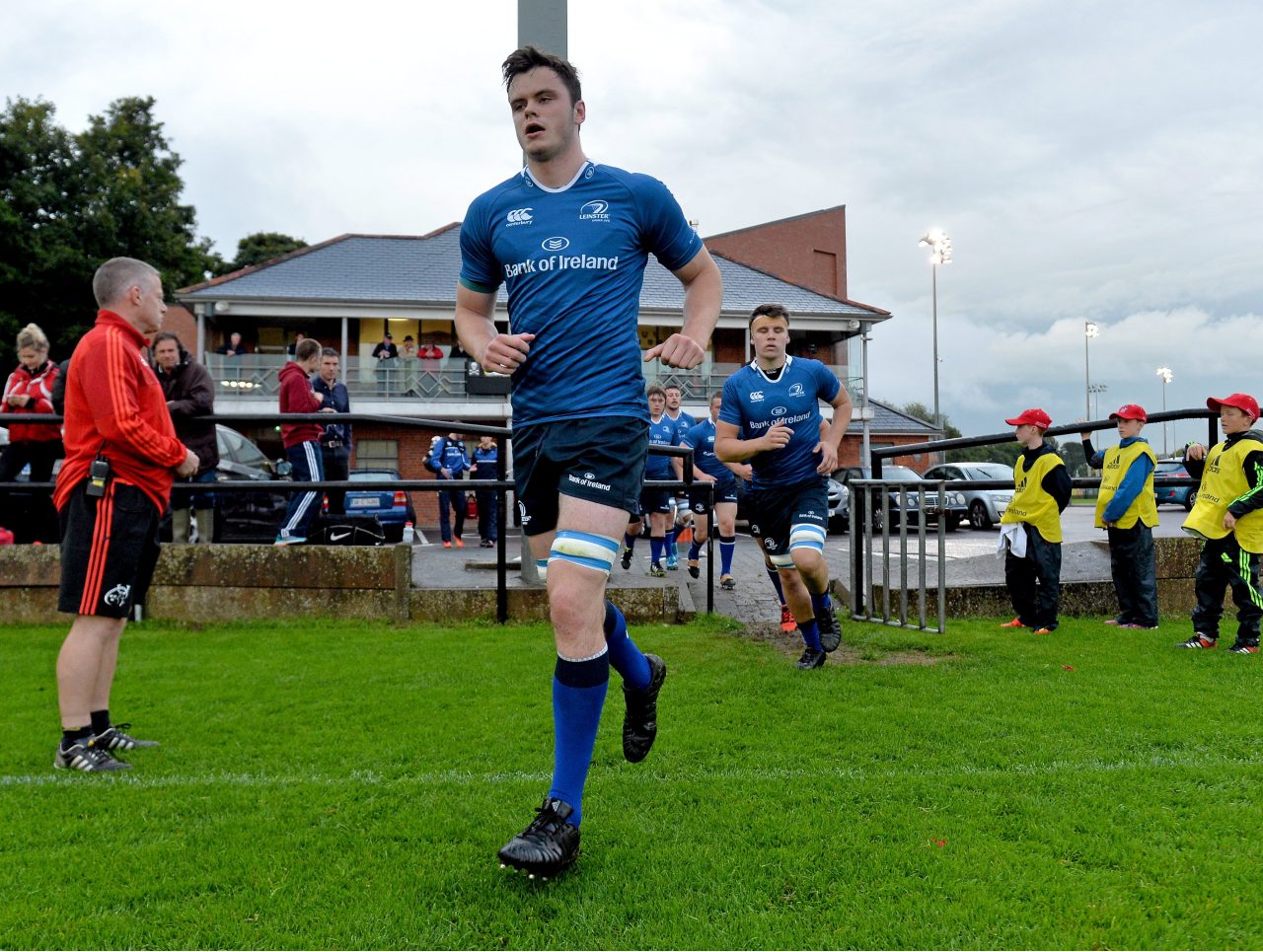 The ability to take the chances that came their way was the difference between these evenly matched provinces in the U20 Interprovincial Championship at The Mardyke in Cork on Friday night.

Leinster started out well as their forwards wasted no time in taking it to Munster. They needed something tangible to back it up and they got it when out-half Tommy Whittle kicked a penalty for 3-0 in the 11th minute.

Munster coach Peter Malone must have been cheered when news came down from Anthony Foley that former Ireland Schools fly-half Bill Johnston would be released after playing for the senior side recently.

He was on target to level it up in the 16th minute before Munster turned the screw through their forward without any breakthrough. Something had to give.

Eventually, the penalty came and Johnston made it 6-3 in the 23rd minute as his big forwards, like prop Ben Betts, lock Sean O’Leary, openside Dan Walsh and number eight John Foley made real impact.

Munster had to endure the loss of Johnston to injury with full-back David O’Mahony stepping up to the kicking tee.

It was treble trouble for the visitors when O’Mahony made his big boot tell from long range for 9-3 close to the half hour.

It stayed that way to the break as the boys in blue struggled to establish their width and tempo against a hard-charging defence and with a lineout that came under pressure.

There were chances to climb back into the game. There were improvements up front, enough to hand Whittle two shots at goal in the 45th and 52nd minutes. They weren’t taken in a match where opportunities for points were not easily earned.

The fine margins were reflected in the way Munster moved nine points clear from a penalty by replacement scrum-half Tom McHale in the 55th minute after O’Mahony had to be replaced with a dead leg.

Leinster looked to be on the brink of something sensational when they broke clear for a try by wing Matt Byrne to make it 12-8 with a full quarter left up for argument.

The conversion would have been valuable. It didn’t come.

Instead, it was Munster who seized on a mistake to stamp their authority with their first try from an intercept from centre Shane Daly and a conversion by McHale in the 63rd minute.

It was a long way back from there for Hugh Hogan’s men. They battle on resolutely in the face of a fierce Munster defence and had to concede defeat when closed it out with a McHale penalty in the 72nd minute.

“The message is clear. The group has come together very well. They’re very disappointed tonight,” said U20 Team Manager Will Sparks.

“The players have one last outing to show what they can do. It’s all eyes to Friday against Ulster from now on.”