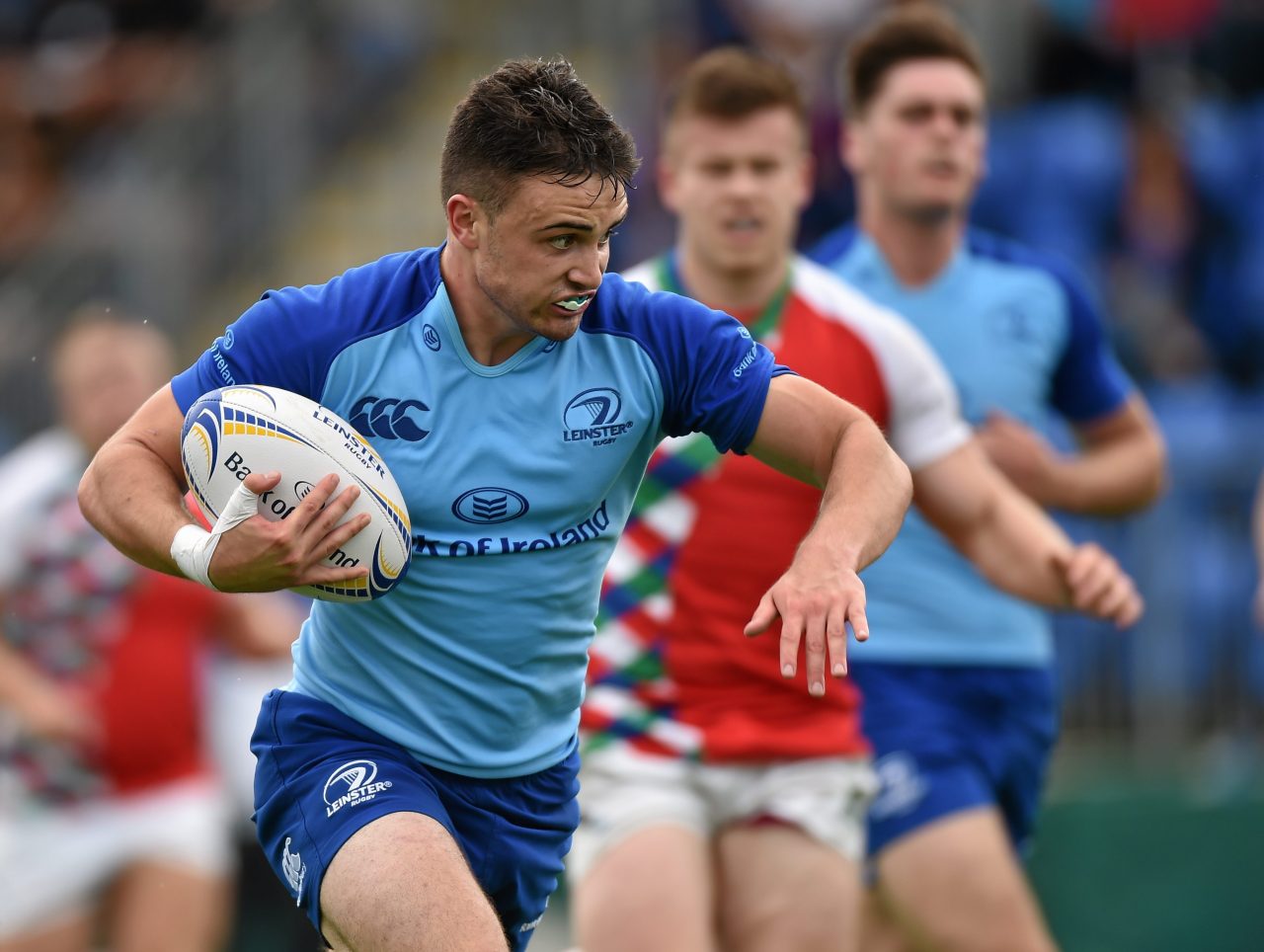 Leinster U20’s, sponsored by Bank of Ireland will face Connacht in their first round of their Interprovincial Series in Donnybrook Stadium, KO 19:00.

Leinster Team Manager Will Sparks is “hopeful” second round James Ryan will be fit and available to play against Connacht in the first of the three Inter-provincial matches at Donnybrook on Friday night.

Otherwise, the man most likely to lead will be fellow lock Michael Melia, who had the honour in Leinster’s valuable hit out against the Italy U20 last week.

Leinster settled into a nice rhythm take out The Exiles 55-17 before decamping to Italy where they prepared well and played the Italy U20s in Calvisano. They took some time to get conditioned to the Italians physicality as they fell to a 24-3 deficit at half-time.

Coach Hugh Hogan must have been enthused about the way The Blues hit back for four tries to come up just four points short (31-27) of their target.

The secret to the turnaround was in how Leinster managed to move the ball away from the point of attack by generating quick ruck ball and making Italy’s big men move into the open spaces to do their work where they were not quite as comfortable.

“There was a twofold purpose to Italy. One was to play the match, obviously, and the second was to spend time together over there. It was a good test and a good camp,” reflected Sparks.

“The team has come together very well. They are quite a close knit bunch. They are incredibly mature and professional. We are very comfortable with them as a squad.”

The contest for the hooking slot between Hugo Kean and Johnny Molony is probably the most interesting selection poser for coach Hogan with four props Vak Abdaladze, Adam Coyle, John Bollard and Greg McGrath battling it out for two jerseys.

The back row is a special area of interest with the savage work-rate of Will Connors complemented by the skills and game-breaking prowess of number eight Max Deegan.

As always, there is plenty of speed and skill about the three-quarters with second receiver Jimmy O’Brien a threat and outside centre Conor O’Brien a young man with a real future.

Full-back Jack Power has that knack for taking defenders one-on-one and getting into the right place in attack. He has been groomed to play a significant part for the Ireland U20s this season.

It all begins with Connacht on the super-quick Donnybrook surface on Friday night.

Former Cistercian Roscrea number eight Dan Trayers has found a place in their Academy as has his schools team-mate Tim Carroll, a dangerous runner either from full-back or wing.

There have been good reports about prop Darog Smith and former Ireland Schools forward Peter Claffey with coach Mossy Lawlor keen to continue Connacht’s competitiveness in this competition in recent years.

At the same time, Ulster will host Munster in Belfast with what is reputed to be a strong outfit well capable of challenging for overall honours.

Second row Hugh Sloan is an integral part of what they do up front with Ireland U19 fly-half Andrew Magrath a pivotal figure in how they operate by applying pressure in the right areas of the field. They also have the fine finishing skills of wing Jonathan Rossborough as a favourite out ball.

Munster coach Peter Malone will have Michael Kiernan, the son of the former Ireland centre of the same name, as his captain. They looked sharp in their 34-12 dismissal of The Exiles the week before last.

Unfortunately for Malone, the progress of Bill Johnston, still 18, has prompted Anthony Foley to use the out-half in the senior squad and he is unlikely to be dropped down to this competition.

They still have the likes of Ireland U19s full-back David O’Mahony, wing Joe White, scrum-half John Poland, hooker Vincent O’Brien, prop Ben Betts and lock Sean O’Connor to call on in what will be a typically robust Munster challenge.