Leinster Under-17 side shine at Saracens tournament… 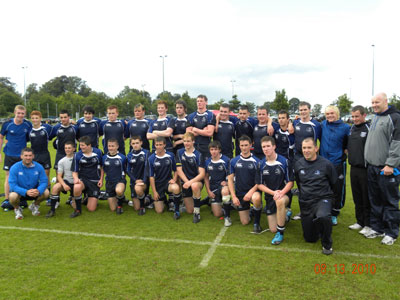 As a result the province missed out on the final on points difference (one point) and therefore played Worcester in the third place playoff game which was won 19–0.

It was a fabulous experience for all our young Under-17 players who can be proud of the way they represented their province.

The Leinster squad were coached by Declan O’Brien and Greg McWilliams, with Eddie Geraghty the manager.