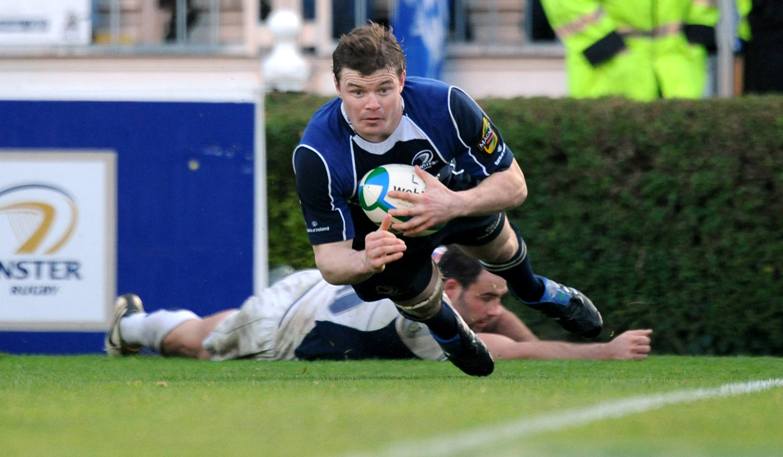 When Leinster face Castres this Sunday in Stade Pierre-Antoine, it will be the fourth time the two sides have met each other in the past five seasons.

Here we take a look at the two pool games between the sides in the 2008/09 Heineken Cup winning season, ahead of this Sunday’s crucial match.

This game in the RDS back in December 2008 was the first game in a Heineken Cup double-header for Leinster against Castres.

Three Jonny Sexton penalties gave Leinster a 9-0 lead at the interval. Tries from Bernard Jackman, Brian O’Driscoll and Simon Keogh in the second half made sure of the four points and gave Leinster their third win in their first three Heineken Cup games of the season.

Another Sexton penalty put Leinster further ahead, with David Holwell coming on to kick two penalties of his own to give Leinster a 33-3 win.

Click here to read the match report from this game.

The following week Leinster travelled to the Stade Pierre-Antoine with a convincing 33-3 win in the RDS fresh in the memory.

Castres proved to be a diferent proposition on their home ground, however, as a late Anthony Lagardere penalty gave the French side an 18-15 win.

Leinster started strongly with a Girvan Dempsey try just four minutes into the game, which Jonny Sexton duly converted. Sexton further extended Leinster’s lead with a try in the 30th minute. Lagardere cut Leinster’s lead to three points by the break after three penalties in the first half.

Lagardere ultimately kicked Castres to victory with three more penalties in the second half.

Despite losing away to Castres and Wasps, Leinster made it out of their pool and beat Harlequins and Munster on the way to that season’s Heineken Cup final against Leicester. And from there you probably know the rest…