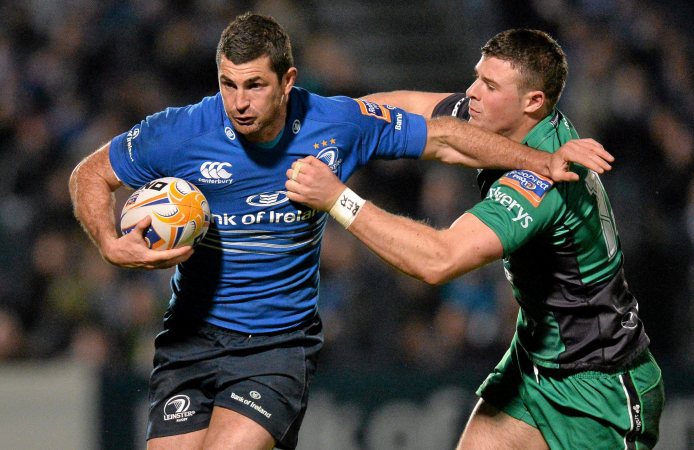 Here we take a look at some of the past meetings between Leinster and Connacht, which have seen Leinster win four out of the last five games…

There have been many close encounters between Leinster and Connacht over the years, with both provinces giving everything to better their interprovincial rival.

The last meeting between the sides saw Connacht take a 13-9 lead in to the interval after a try from Kieran Marmion.

The only score of the second half came in the form of a converted penalty try for Leinster in the final minutes of the game, with a final score of 16-13.

Leinster ended a Heineken Cup winning year with a win over Connacht in the RDS after tries from Ian Madigan and Jack McGrath helped them to a 17-0 win.

This game also helped to end a run of three successive losses for Leinster after consecutive defeats against Clermont Auvergne in the Heineken Cup and a loss against Ulster in Ravenhill, and put them back on course for a PRO12 playoff berth.

First half injuries to Gordon D’Arcy, Quinn Roux and Rob Kearney certainly didn’t help Leinster’s cause in this game as Connacht ran over five tries against Leinster in the Sportsground.

After the match Joe Schmidt said: “Preparation equals performance. Ours wasn’t perfect and losing players to injury didn’t help, but we were out-passioned and Connacht deserved their win.”

Leinster recovered to beat Munster the following week in the Aviva by a score of 30-21.

Despite Connacht’s two tries on the day, Isa Nacewa’s five penalties were enough to give Leinster the win in this New Year’s Day match in 2012.

Leinster took a 9-3 lead in to the break, but two second half tries for Connacht meant the game was finely poised at 15-13 when Miah Nikora stepped up for a conversion attempt that would have tied the game. He missed, however, and Leinster took the four points.

Leinster recovered from being 20-8 down at half-time to score 22 unanswered second half points and defeat Connacht 30-20 in the RDS.

Two converted tries in the first half, coupled with some good kicking from both sides, gave Connacht the lead. Two Nacewa penalties early in the second half, along with a long distance penalty from ian Madigan cut Connacht’s lead to three points.

Luke Fitzgerald added a try, which Nacewa converted, with a further penalty and an Madigan drop goal giving Leinster the win.