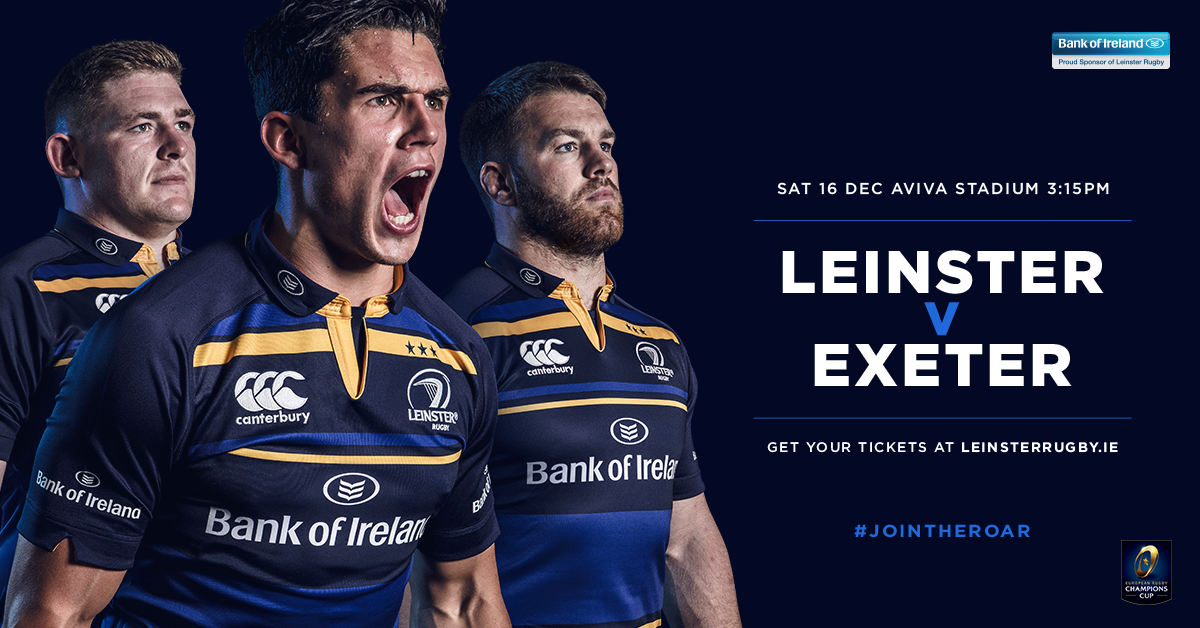 A limited number of €25 tickets are available and supporters can also avail of an offer of two south premium level tickets for €90, saving €30.

Leo Cullen’s men got their Champions Cup campaign off to the best possible start with a bonus point win over Montpellier at the RDS Arena on 14th October.

The following weekend they travelled to face Glasgow Warriors at Scotstoun, claiming a second bonus point win in as many weeks to secure top spot in Pool 3.

Leinster’s win over Exeter on Sunday moved Leo Cullen’s men on to 14 points – six clear of Exeter in second.

This Saturday’s game at the Aviva will be crucial in determining who finishes top of the pool with a potential home quarter-final place.

Join the roar! Get tickets for Leinster v Exeter.