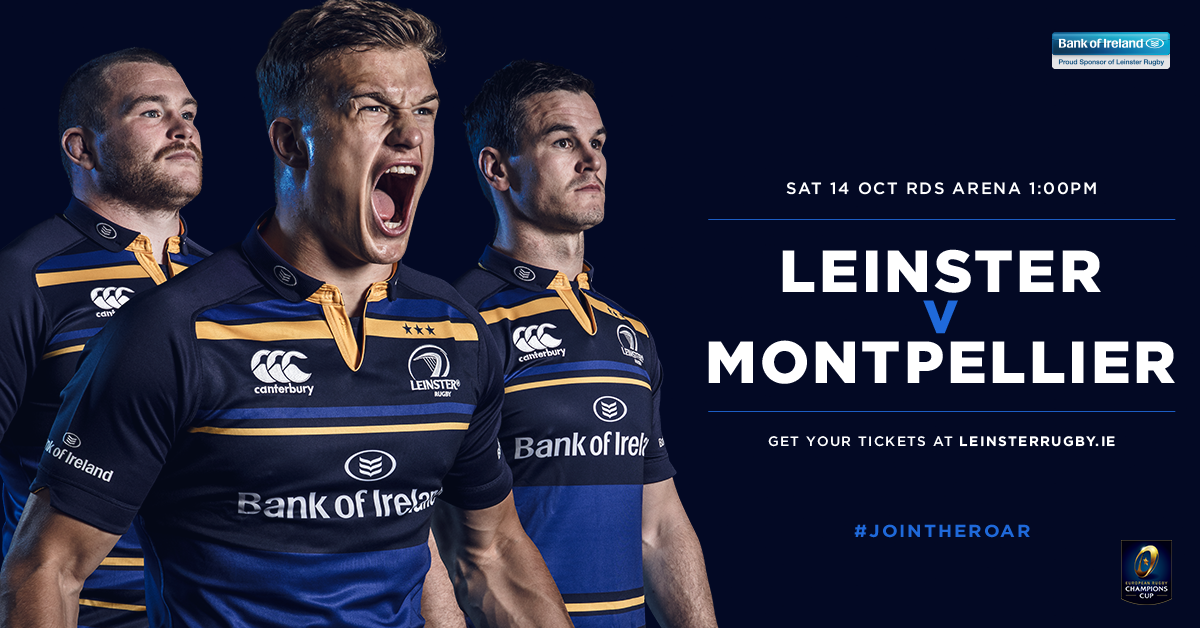 Leinster Rugby’s Champions Cup campaign gets underway this Saturday at the RDS Arena against French giants Montpellier, with tickets available now for adults, under-18s and students.

Leinster faced Montpellier in the pool stage of last season’s Champions Cup with the home side coming out on top in both games.

Leinster left France with a losing bonus point last October, but claimed an eye-catching 57-3 victory in the return fixture last January against a Montpellier side reduced to 14 men after Francois Steyn’s red card.

Read our Champions Cup preview to get the lowdown on our pool opponents in this season’s competition.

Join the roar and get your tickets from Leinster v Montpellier.

Student tickets can be purchased from €10 here using the promo code ‘STUDENT1718’.