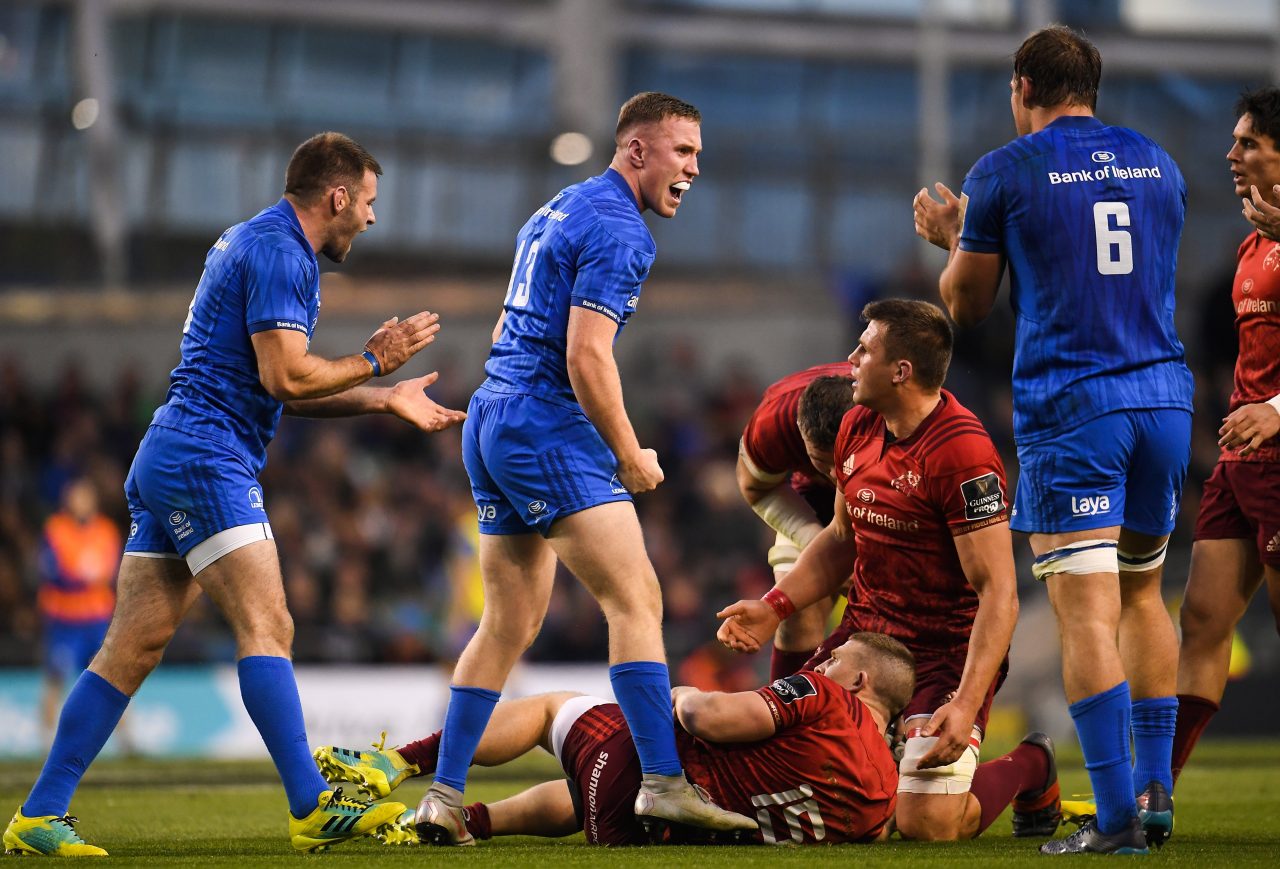 Leinster Rugby is delighted to announce that Saturday’s Guinness PRO14 Semi-Final against Munster at the RDS Arena is now completely sold out (KO 2.30pm).

Leinster finished top of PRO14 Conference A on 76 points to claim home advantage in the PRO14 Final Series.

Munster finished second in Conference B on 77 points to secure a Semi-Final Qualifier at Thomond Park against Benetton Rugby, winning 15-13 to set up the tie at the RDS.

The two provinces met at the same stage of the competition last year with a single point all that separated the sides after 80 minutes at the RDS.

Leinster Rugby Season Ticket holders had the option to buy tickets in an exclusive pre-sale before the PRO14 Semi-Final Qualifier between Munster and Benetton had been played, and again before the general sale.

To get access to exclusive pre-sales and to secure your place at every big game next season, get your Leinster Rugby 2019/20 Season Ticket now.

A Leinster Rugby Season Ticket guarantees your place at all home regular season games in the Guinness PRO14 and all home pool matches in the Heineken Champions Cup at the RDS Arena and Aviva Stadium.

Season Ticket holders also get access to exclusive pre-sales for knockout games in the PRO14 and Champions Cup, such as the upcoming semi-final against Munster at the RDS.