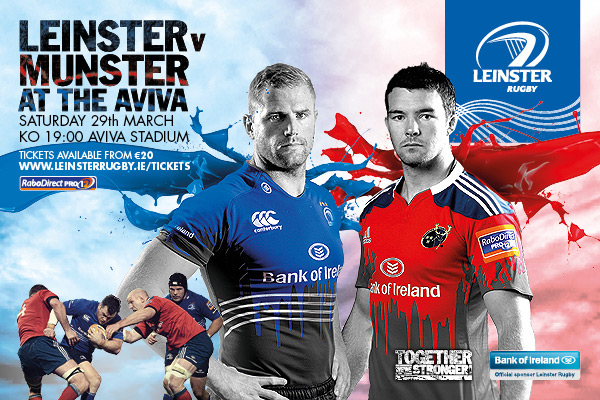 Over 42,000 tickets have now been sold for Leinster’s PRO12 match against Munster in the Aviva Stadium on March 29th…

With over 42,000 tickets sold for Leinster’s match against Munster in the Aviva Stadium on March 29th, supporters are encouraged to purchase tickets soon to avoid disappointment.

Just 7,000 remain on sale for the match, with some categories already sold out.

Leinster and Munster currently occupy the top two places in the PRO12 table and the match in the Aviva could prove crucial in determining which side claims a home semi-final when the teams head into the play-offs in May.

The game will see Ireland teammates such as Leinster’s Jamie Heaslip and Munster’s Peter O’Mahony go head-to-head as they compete for their provinces.