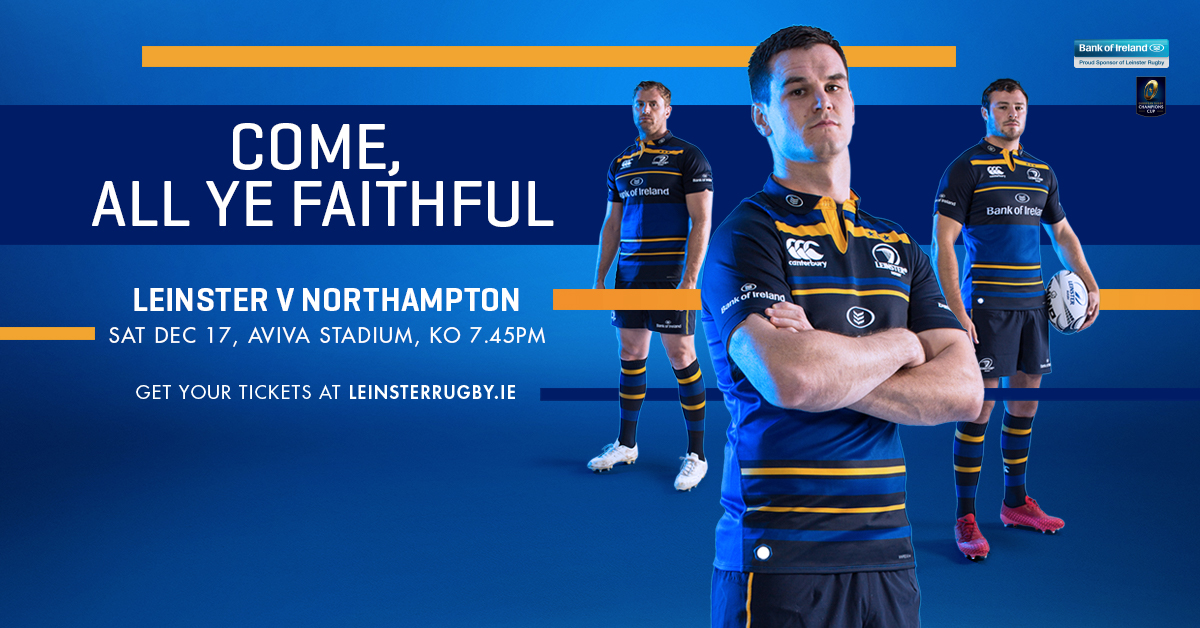 Tickets for Leinster v Northampton are available from €20 for adults, €10 for under-18s and €85 for families.

Tickets are on sale now from Ticketmaster

Leinster face Northampton in Aviva Stadium on 17th December in Round 4 of the European Rugby Champions Cup (KO 7.45pm).

Leinster currently sit top of Pool 4 on six points after an opening round bonus point win over Castres and a bonus point defeat to Montpellier in Round 2.

Saints were victorious over Montpellier in their opening round match at Franklin’s Gardens, but a defeat away to Castres the following week, in which the French side claimed a bonus point, leaves them on four points.

This sets up what promises to be crucial back-to-back matches between the sides in December, with Franklin’s Gardens hosting the first tie on 9th December before the sides meet again eight days later at Aviva Stadium.