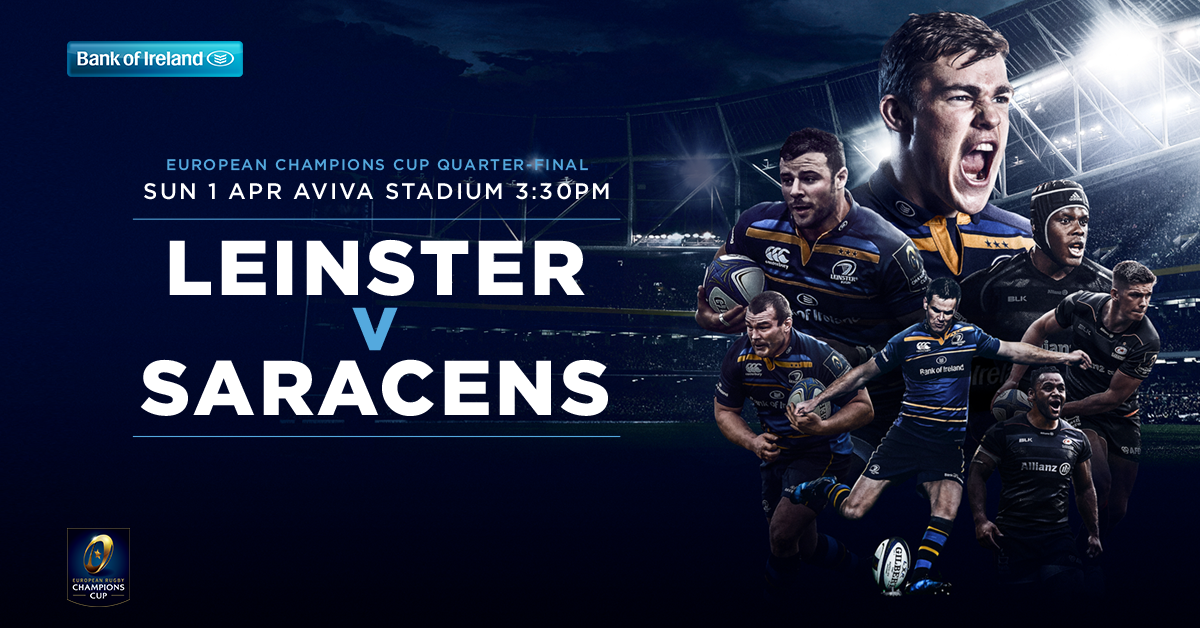 A limited number of €10 tickets available and supporters can also avail of a limited two-premium-tickets-for-€90 offer.

Leinster finished the pool stage as the top seeds having won all six matches against Exeter Chiefs, Glasgow Warriors and Montpellier, with 27 points.

A 15-15 draw in Round 5 away to Ospreys meant Saracens needed a big win at home to Northampton this weekend and they delivered with a massive 62-14 victory against their Premiership rivals.

Saracens finished the pool stage having scored more points (205) and tries (24) than any other side.