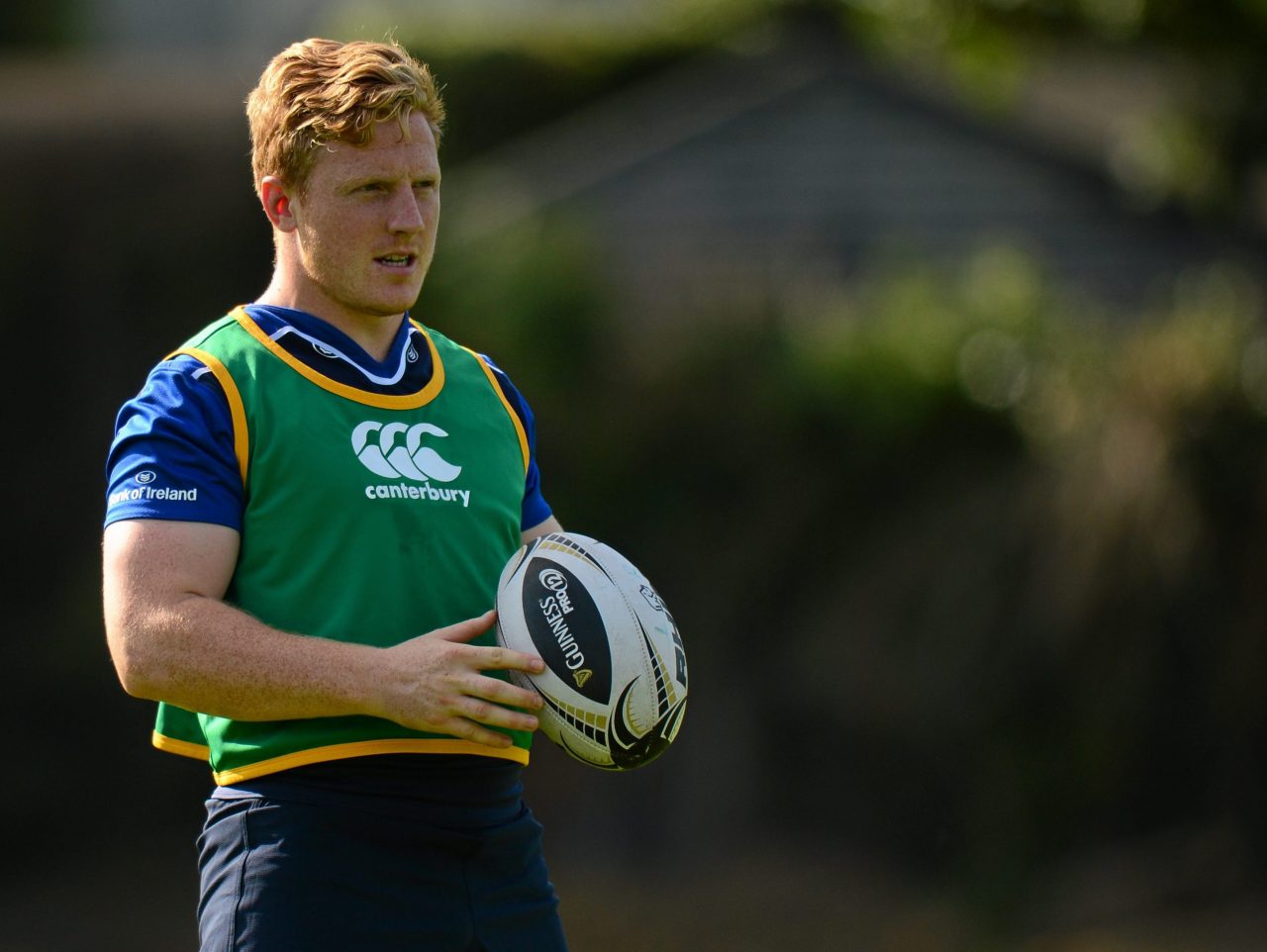 Ahead of this evening’s Guinness PRO12 game against Scarlets in the RDS (Kick Off: 7.35pm – live on TG4) we caught up with a number of players exclusively for the match day programme.

Sean O’Brien talks to us about his feelings after a World Cup filled with highs and lows but his belief that this can be a driver for Ireland.

“It was difficult [watching the last few games]. We genuinely believed that we could do something special but look as I said we have to now remember that, wear it as I said, and make sure to channel those frustrations for the next time.

“Hopefully people at home also appreciate just how much it hurts us too. It’s not easy to switch off. You do come home and you do make every effort but it hurts.”

He also gave us some insight into the comings and goings of Jake, Cedar and Inga, his loyal hounds, while he was away! Suffice to say they were busy in his absence…or at least two of them were!

We also caught up with Leinster hooker James Tracy ahead of his first start for the province and found out what exactly makes Pontypridd such a great place to go to!

Finally we had a chance to sit down with rising star Garry Ringrose about the difficulties of balancing Academy life with a Business & Legal Studies degree in UCD and of course the small matter of life in the fast lane of the Guinness PRO12.

“There is no easy way through. Thankfully, it’s right on the doorstep with Leinster being based out in UCD.

“It has been tougher this year because I have been more involved in the Senior set-up with so many away at the World Cup. The time commitments are that much more. The main thing is to stay in contact with lecturers.”

We also have plenty of news from across the province with the Southeast Area featured, Bective Rangers are our Club in Focus, while we also catch up with the women in Wanderers FC! We hear what is going on in Greystones RFC, New Ross RFC, UCD and we hear from our newest addition to the Leinster family, Cabra Crusaders!

Plus we catch up with Portlaoise RFC’s finest export Eoin Keenan now playing rugby with Louisiana State University! Happy to say he has lost none of his Portlaoise accent ya’ll….

The Leinster Rugby official match day programme can be bought for €;5 inside the grounds and you also get a free copy of the Irish Independent!

Gates open at 6.05pm and tickets are still on sale from Ticketmaster or from the ticket office inside the grounds.

Student tickets will also be on sale from the RDS Ticket Office before kick-off from €;10. A valid student ID for the current academic year must be presented to purchase a student ticket.