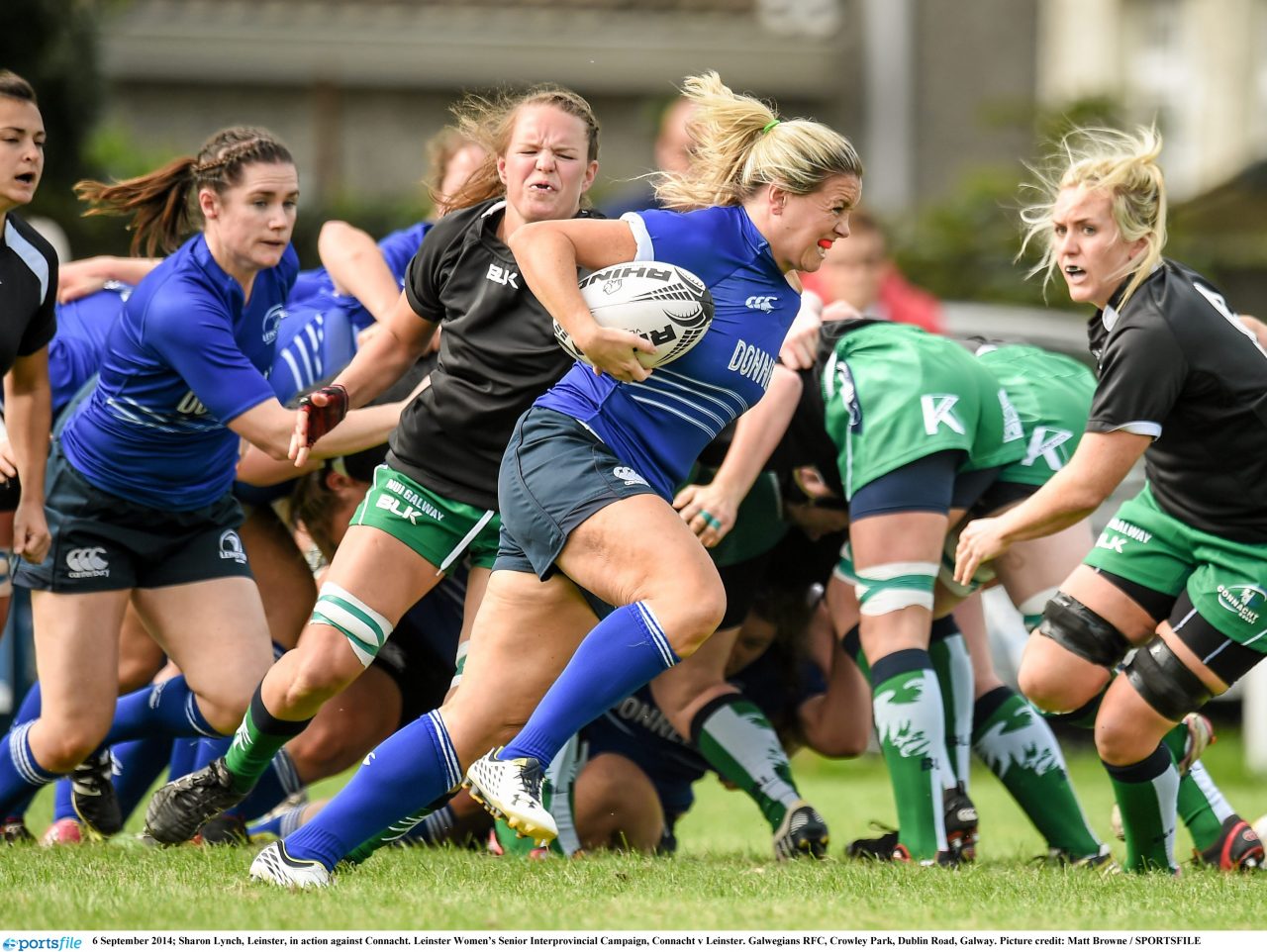 Leinster began the defence of their inter-provincial title with a seven point win over Connacht in Crowley Park, Galway on Saturday…

Despite being on the backfoot for the first-half, the experience of Irish internationals Vicky McGinn, Orla Fitzsimons and Sharon Lynch told as Leinster raced out of the blocks in the second and tries from Anne Marie Rooney, Elise O’Byrne-White and McGinn helped them to the win.

Missing Ailis Egan, Mary Reilly, Sophie Spence, Paula Fitzpatrick, Tania Rosser, Nora Stapleton and Jenny Murphy all due to the IRFU player welfare system Leinster pulled this one out of the fire as they were three points in arrears entering the last ten minutes.

The hosts had the wind at their backs in the first-half and this played a huge part in their dominance of territory in the opening 40 minutes.

Emma Cleary and Jill Draper had breaks for the Westerners as they worked their way deep into the Leinster half but the away side held their line well.

However, Leinster’s defiance eventually collapsed in the ninth minute after Connacht had punched their way to 15 yards from the line.

Connacht recycled well and protected the ball before Nicole Fowley, Lisa McDonagh and Emer O’Mahony linked well and Niamh Ni Dhroma capitalised on the overlap to race over on the right.

Out-half, Fowley missed the difficult conversion but Connacht were well in control.

Leinster only visited the Connacht half three times in the first-half but one huge positive for them was their line-out where Katie Norris and Ciara Munnelly snatched seven of their opposition’s throw-ins.

Janice Daly was superb when given the chance on the counter but Leinster were suffering from their high error count and every time they coughed up possession Connacht used the breeze to pin them deep into their own territory. 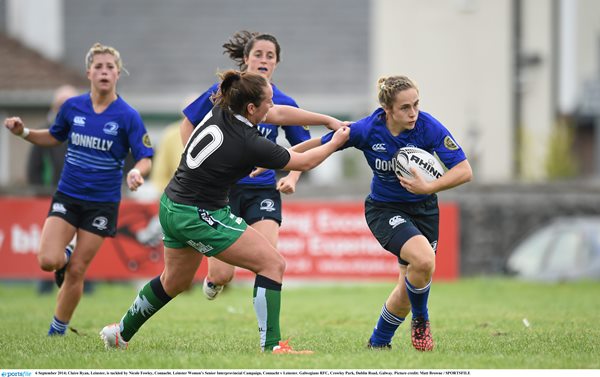 One unlikely foray into the Connacht half came courtesy of the Daly who combined expertly with full-back Vikki McGinn before sending the return pass forward.

The sides went in 5-0 to Connacht at half-time and a raft of the substitutions followed with Leinster finally gaining a foothold thanks to the breeze and fresh legs.

Eight minutes after the break Aine Donnelly found the corner for Leinster from a penalty and the pack moved in for one of the vital scores of the game.

Sharon Lynch threw the ball into the line-out and the subsequent maul and drive ended with captain Anne Marie Rooney crashing over the line-out to bring the sides level. 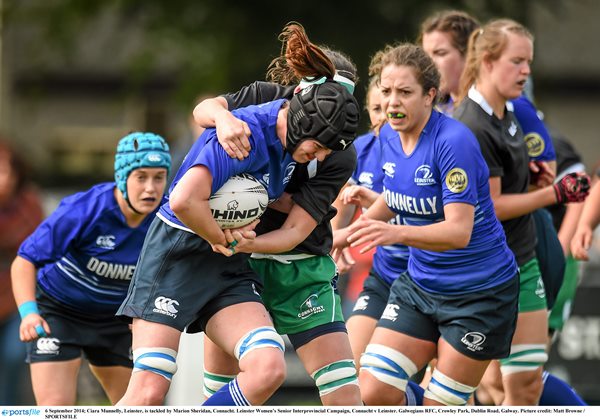 Connacht didn’t fold though and they pushed forward to regain the lead against the elements.
Christine Arthurs set up the rampaging Ciara O’Connor who burst through the Leinster cover and made yards before another misdemeanour gave Leinster back possession.

Nevertheless Connacht had their territory and moments later in 60th minute, Fowley was presented with a difficult penalty opportunity against the wind from the 22-yard-line but her kick had the legs and gave Connacht an 8-5 lead with just 20 minutes left.

But Leinster responded like champions and as Connacht’s challenge began to wilt the visitors took advantage of their chance to push for victory.

In the 65th minute, prop Laura Feely was shown the sin-bin when she infringed from the side and then when that chance to shoot at goal was passed up, Norris claimed the ball at the line-out and Leinster drove Connacht backwards and ended up bundling the way over the line only to be held up.

Leinster finally capitalised on their one woman advantage in the 69th minute when they forced a mismatch on the win with Jennie Finlay feeding the ball to the on-rushing Old Belvedere centre, Elise O’Byrne-White who couldn’t be prevented from touching down in the corner.

In the lead for the first time in the match, Leinster went in for the kill and three minutes from time Vikki McGinn rewarded her team’s persistence when she got their final try to put the game beyond doubt. 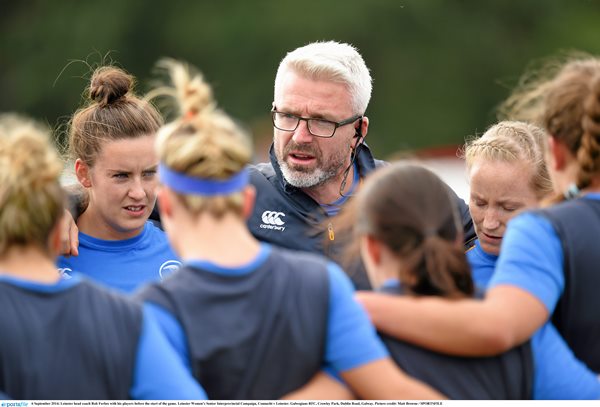