Leinster Women Come Out on Top against Ulster in Interprovincial Championship 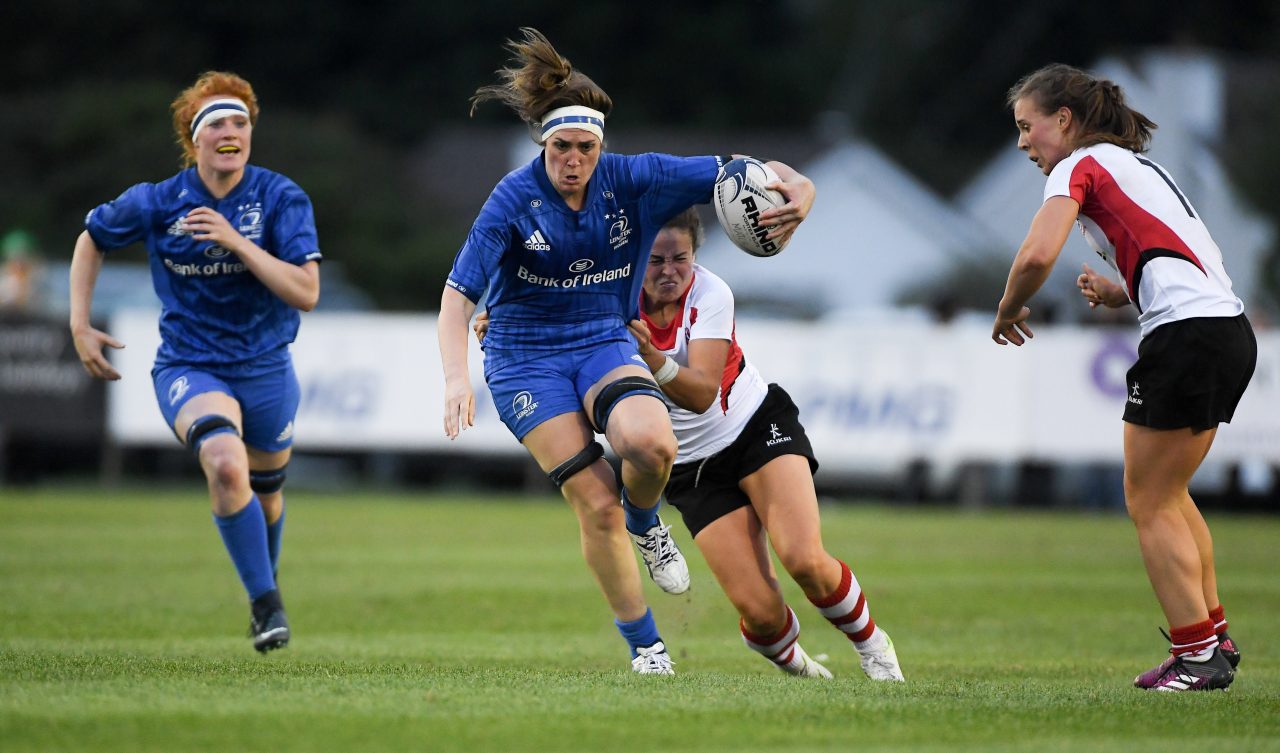 Ben Armstrong’s Leinster got the show on the road with a hard-working win over Ulster in the Women’s Interprovincial Championship at Stradbrook on a balmy Friday night.

Leinster showed their intent from the kick-off, their half-backs Ellen Murphy and Nikki Caughey looking to scheme some space out wide and closer to the ruck. The Ulster defence did bend without breaking as centre Vicky Irwin led the line of resistance. 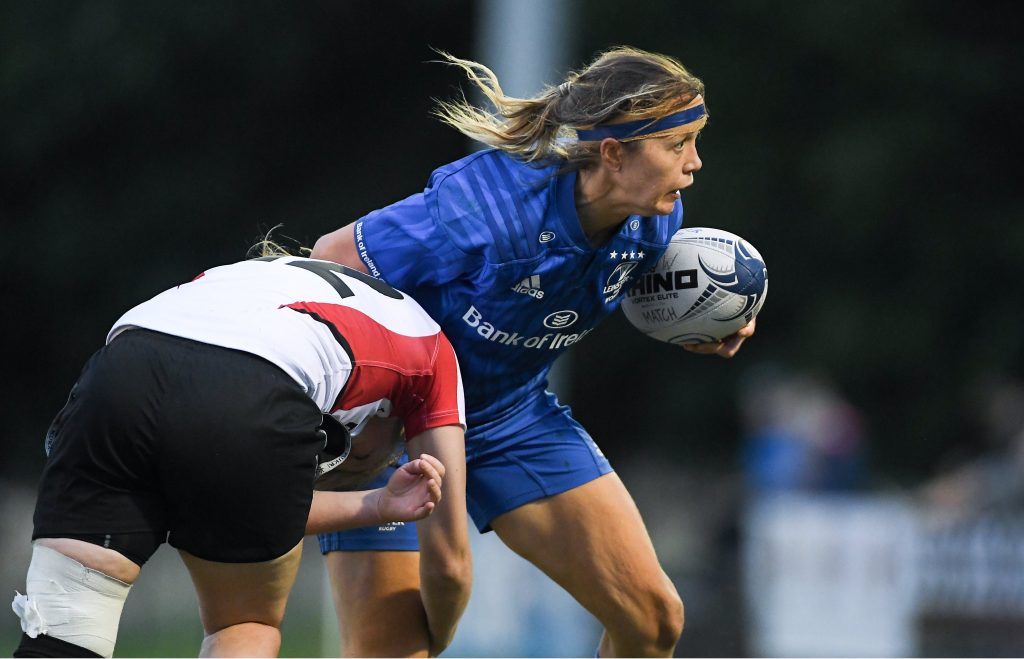 It was second row Aoife McDermott’s steal of a lineout allied to Caughey’s neat kick and wing Elise O’Byrne-White’s chase that put Leinster into the 22. They weren’t perfect in the face of ferocious defence, right wing Gemma Matthews taken down by Emma Jordan near the right corner. A heavy contact from flanker Juliet Short on Ulster number eight Beth Cregan kept the pressure on.

It took a three-woman tackle to prevent Matthews from benefiting from the work of forwards Meg Kendall and Hannah O’Connor. The visitors struggled to get past halfway, despite the positive influence of flanker Claire McLaughlin and fly-half Jemma Jackson. 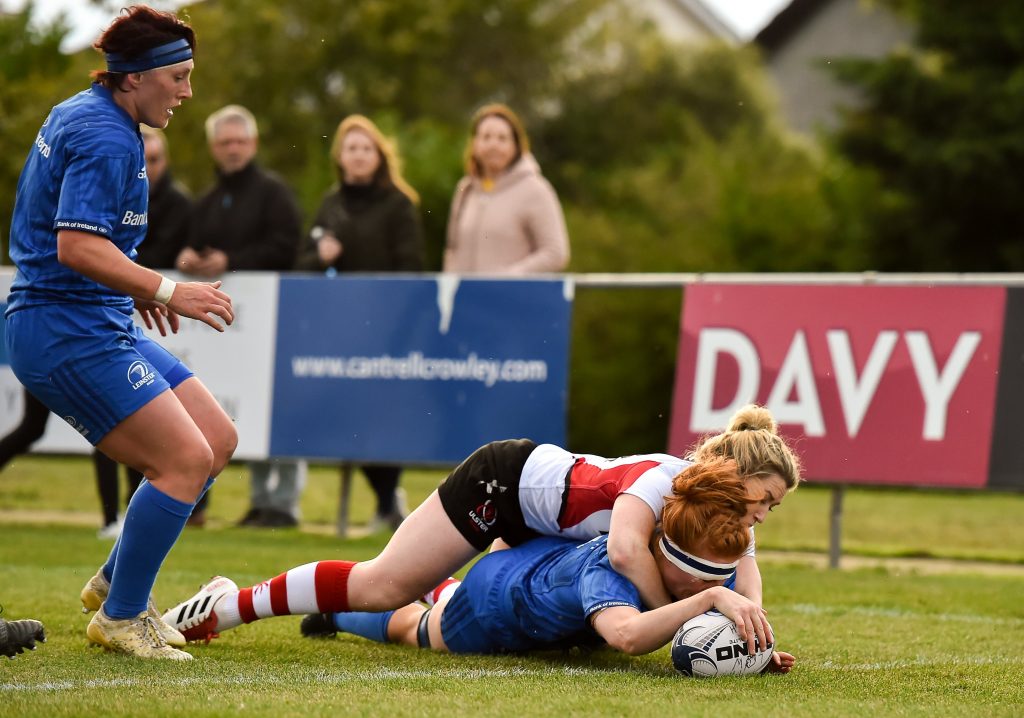 The dam finally burst when Leinster openside Short just about had the legs to make the left corner from a flowing movement for 5-0 at the end of the first quarter.

A strong carry by Ulster’s Cregan and their rush defence caused Caughey to hurry a clearance to touch. For the first time, Ulster had the ball and a surging maul to work from until Short was quick to force a penalty out of prop Isle van Staden.

Their forwards were growing into the game with McLaughlin and Cregan at the head of the charge, requiring Lauren Farrell-McCabe to make a try-saving tackle on wing Eliza Downey. They couldn’t find the key to cracking Leinster’s defence all the way to half-time. 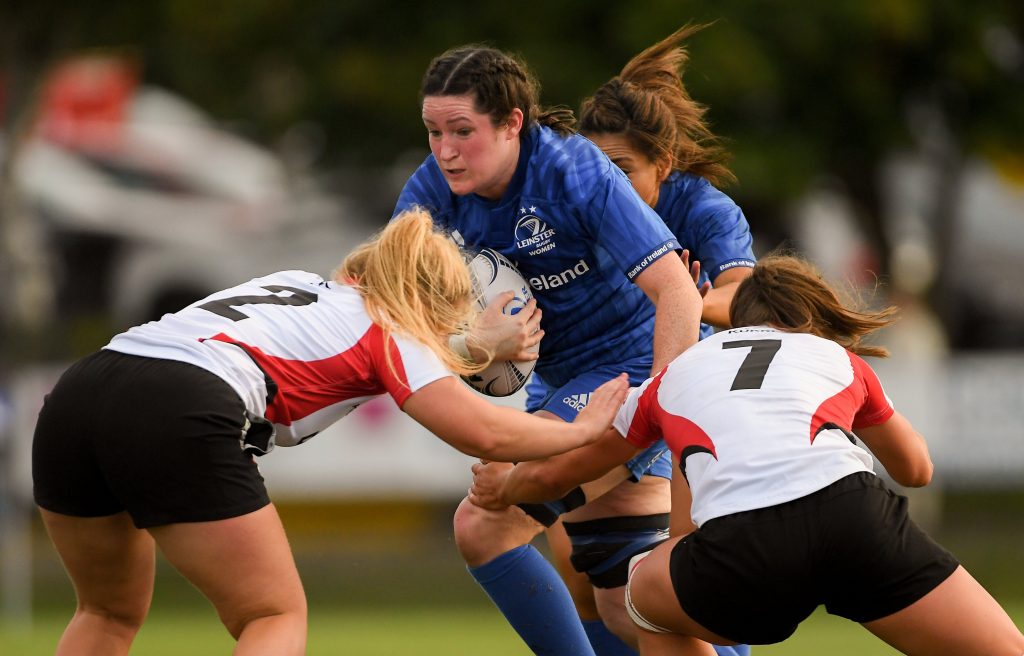 Leinster came out re-energised to drive onto the front foot and promptly moved further ahead from Short’s grounding at the back of a maul. It was far from won as the back and forth continued Matthews chopping centre Maeve Liston in the tackle. Ulster fired forward with renewed vigour, Liston again threatening down the left.

A superb break by Michelle Claffey put Ulster back on their heels and flashing hands enabled full-back Farrell-McCabe to cross at her ease for Caughey to convert for 17-0 in the 65th minute. 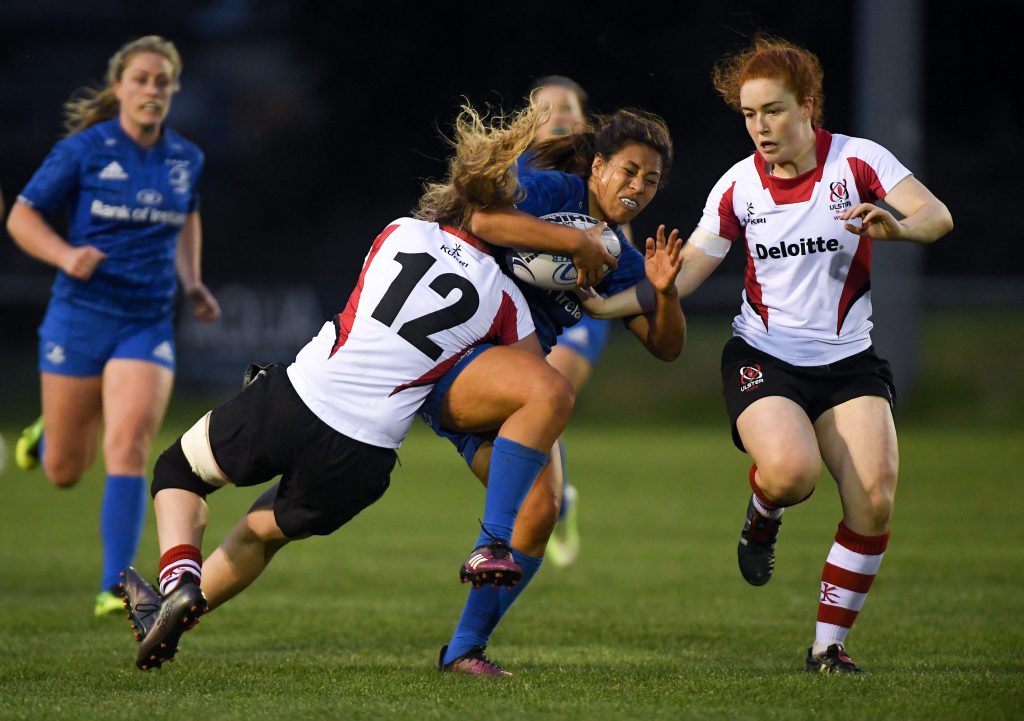 Replacement Mairead Holohan almost had the fourth try when an extra roll was deemed to be illegal. Leinster couldn’t carve out the bonus-point and Ulster weren’t able to find any consolation for their fine effort in defeat.