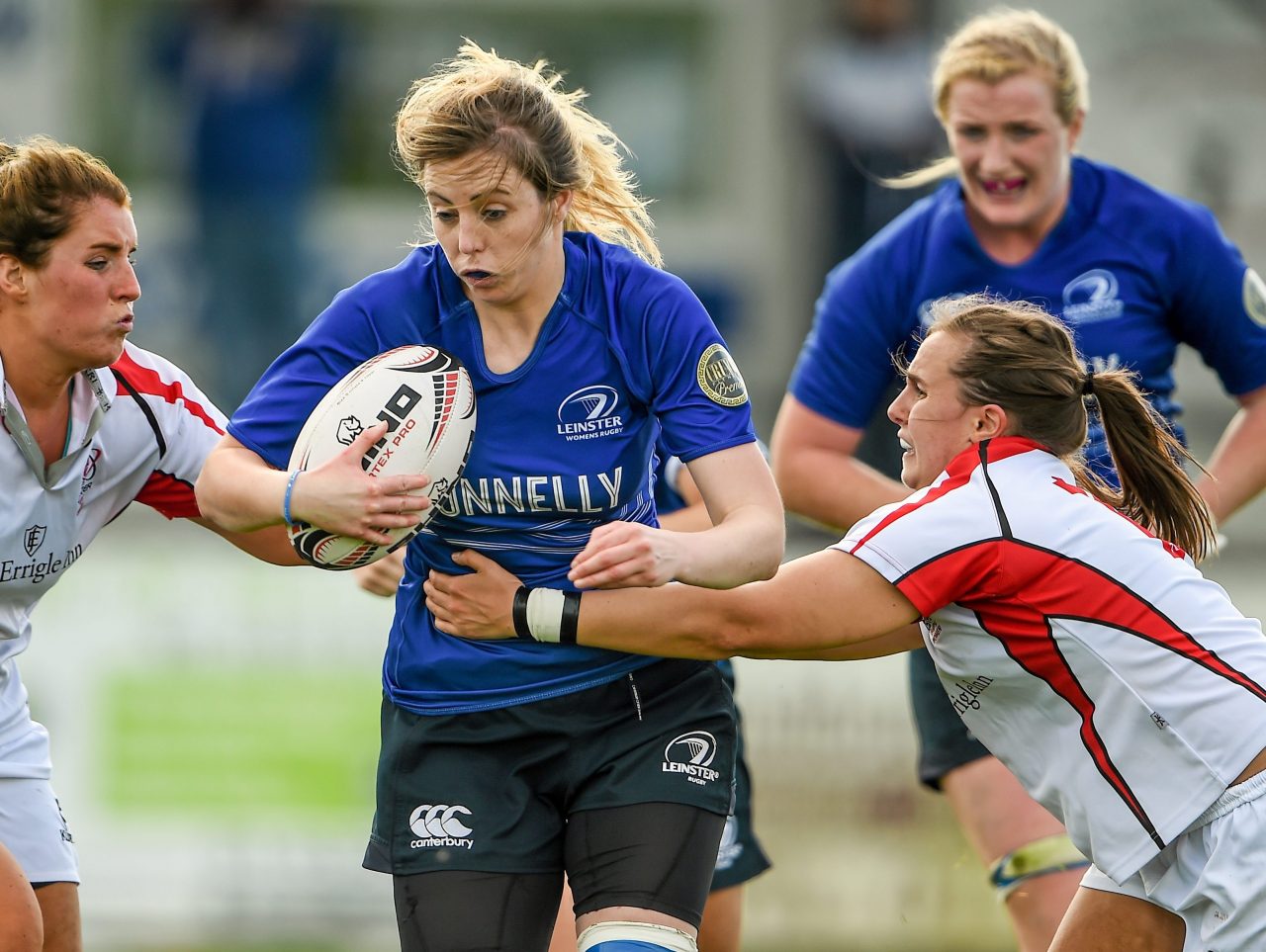 Five tries from five different scorers was enough for Leinster Women to secure a comfortable victory over Ulster in Ashbourne, although the winning margin was not enough to put them in with a chance of winning the Interprovincial series.

The opening score of the game was somewhat against the run of play. Having soaked up plenty of early pressure from Ulster, Leinster broke though the middle after five minutes, scrum-half Ailsa Hughes feeding Kim Flood who made the line break and showed Ulster full-back Peita McAlister a clean pair of heels to
run in the try from 40 metres.  Against a stiff breeze, Áine Donnelly saw her conversion attempt drift to the right and wide.

Jemma Jackson reduced the deficit for Ulster on 14 minutes, when she slotted a simple penalty from directly under the posts, but the reprieve was to prove short-lived.

Leinster’s second try came on 20 minutes courtesy of Janice Daly.  Second-row Orla Fitzsimons broke into the Ulster 22 wide on the right hand side. From that position the Leinster backs worked it quickly through their hands, full-back Vikki McGinn sending the final pass to Daly who scored close to the left touchline. Once again the conversion proved too difficult for Donnelly, but the home side were beginning to look comfortable.

Daly must have thought she was in for a second time on 38 minutes.  A Jackson clearance from behind her own goal-line failed to find touch and McGinn set-off on the counter-attack, passing to Elise O’Byrne-White, who offloaded to Flood who found Daly, who was tackled five metres short of the line. In stopping Daly, Ulster conceded a penalty when the tackler failed to roll away, and although the resultant tap-and-go penalty saw Leinster held-up over the try line and fail to score from the five-metre scrum, the away side’s persistent indiscretions eventually led to number-eight Gemma McCutcheon being sent to the sin-bin in injury-time at the end of the first half.

Remarkably, despite being a player-down, Ulster started the better in the second-half, much as they had done in the first.  Jackson doubled her and Ulster’s tally when she kicked another penalty four minutes after the break, Leinster failing to release the ball when tackled on their own 22.

This was to prove Ulster’s last score, however, as Leinster would spend most of the rest of the half with a significant advantage in territory and possession.

Having let the backs do the scoring in the first-half, the forwards now decided to get in on the act. Jennie Finlay scored a pushover try in the left corner on 54 minutes, following excellent work from the pack, and when Mairéad Holahan crossed the whitewash on 61 minutes, the match ended as a contest.

Two minutes later, Leinster scored their fifth when Ciara Cooney got her name on the scoresheet with a fine pick and drive try.  Donnelly finally discovered her kicking boots and converted to take the final score to 27-6.