Leinster’s ‘Social Network’ On The Rise… 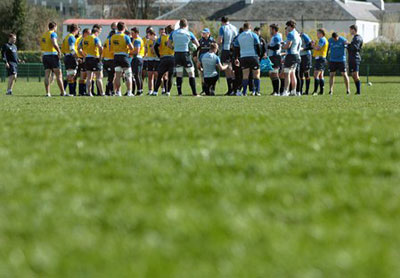 According to current statistics given by www.socialbakers.com on Facebook, Leinster Rugby is the most followed professional sport in Ireland with 55,450 followers and growing at a rate of 60 supporters per day. On an even more impressive note Leinster Rugby Brand is ranked 15th in top followed Facebook pages in Ireland ahead of Vodafone and Meteor Mobiles and Today fm radio.

Facebook brings all things Leinster Rugby closer to the supporters. Fans can keep up to date with Leinster Rugby news and views, competitions, fun and games, whilst giving you immediate access to respond, debate and give feedback on issues or events.

The popularity of Online Interaction doesn’t stop at Facebook. Twitter, is growing online trend been used by both the fans and the players. For Leinster devotees that don’t use or know what Twitter is, Twitter is similar to a Mini-Blog and allows you to follow people’s comments and opinions whilst people can follow yours.

It’s most popular use is to follow Sports teams, Players and Celebrities movements and progress. Currently apart from Leinster Rugby Official Twitter (@leinsterrugby) page that gives the latest news and updates from www.leinsterrugby.ie, many of our players past and present tweet, update and interact with supporters. Even our very our mascot Leo the Lion is Tweeting.

Followers on Twitter have hit a staggering 10,000 and are sure to grow in the coming months. It’s a fun and an easy way to stay close to all the Leinster action whether you’re in the twelve counties or the other side of the world.