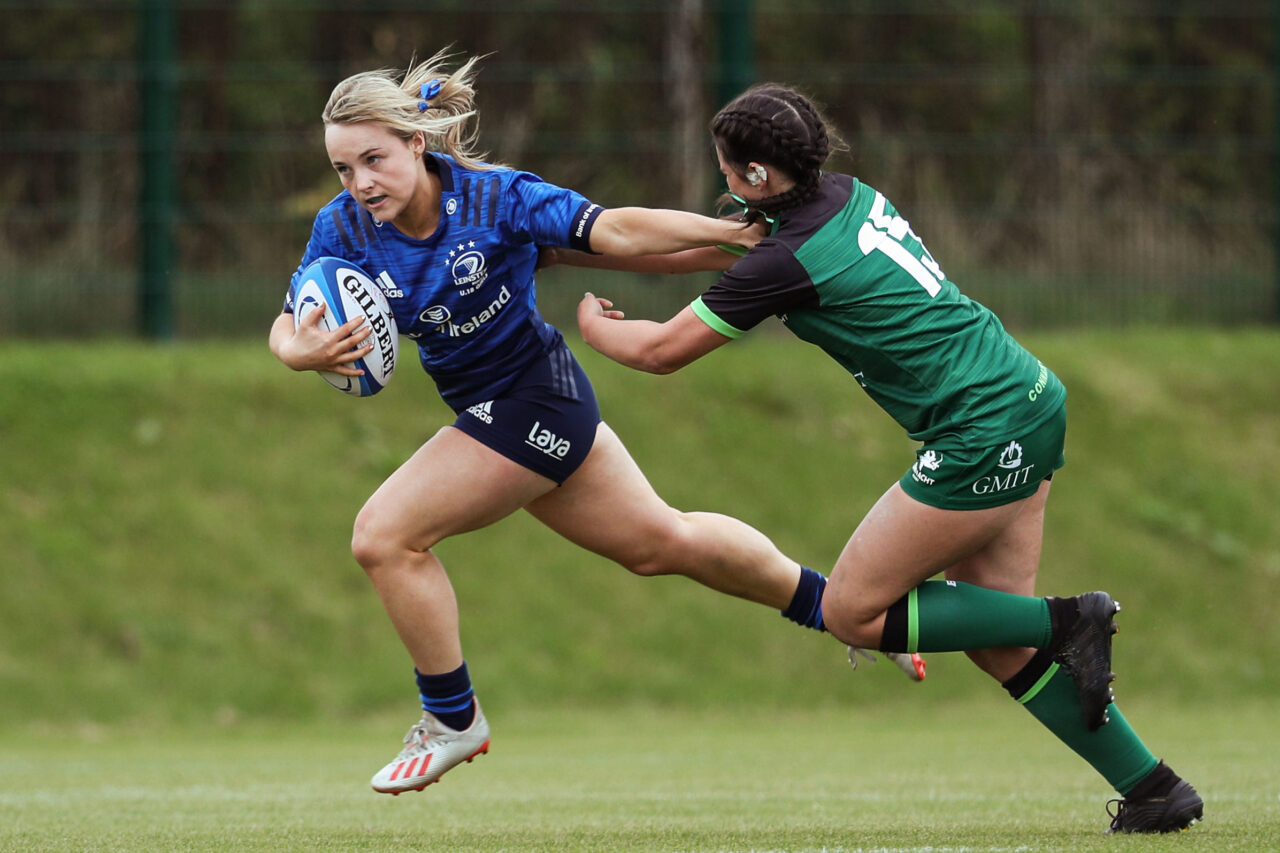 Leinster Rugby’s U-18 women’s blistering start helped them to a 24-0 win, but the sides were well matched over 80 minutes of entertaining rugby at the IRFU High Performance Centre.

The opening try came in the first minute with Connacht’s kick-off being run back with interest. Aoife Dalton made up the ground on the right wing and fed Alanna Fitzpatrick to go under the posts.

The second try wasn’t far behind for Mick Bolger’s young women. Connacht’s defensive line was stretched on the 22, affording Katie Whelan the chance to snipe straight from the base of the ruck and out sprint the cover.

Connacht backed their scrum to help them settle into the game and some assured kicking from Eabha Ni Donnacha helped them nudge into opposition territory, only for Leinster’s line speed to suffocate their attack.

Leinster were soon back in the green zone and Whelan again exposed a gap on the blindside to grab her second try of the game after 20 minutes. 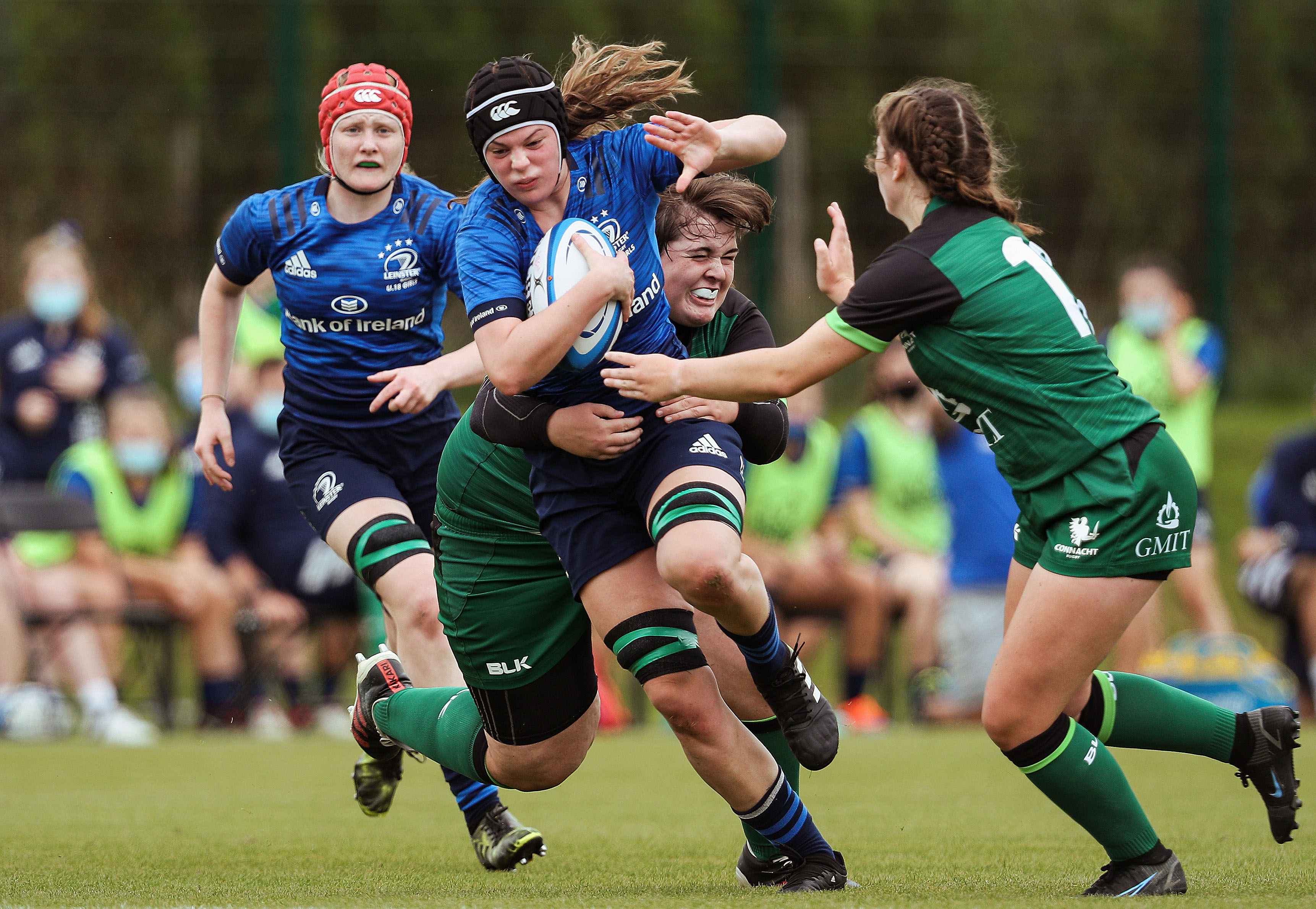 It was into the second quarter before Connacht got a foothold in Leinster’s 22, giving Clara Barrett and Molly Boote the chance to showcase their threat with ball in hand in running back Leinster’s clearing kicks.

Connacht were starting to build momentum and had the edge of an extra player when Erin King received a yellow card after some persistent infringements from the Leinster side. Roisin Maher went close for Connacht, but Leinster held out to lead 21-0 at half time.

Back up to their full complement of 15 players, Leinster looked to re-establish control of the game in the third quarter. Whelan’s wheels came close to earning her a hat-trick, but the scrum half was pulled down by an impressive scramble tackle from replacement Hannah Clarke who repeated the feat against Aoife Dalton moments later.

A yellow card to Koren Dunne for offside after 62 minutes presented Connacht with their best chance of a score in the game. Ivana Kiripati went close from the resulting scrum, Maria Gorham was forced into touch short of the line soon after and Molly Boote had a chance after she caught Ni Donnacha’s cross field kick. 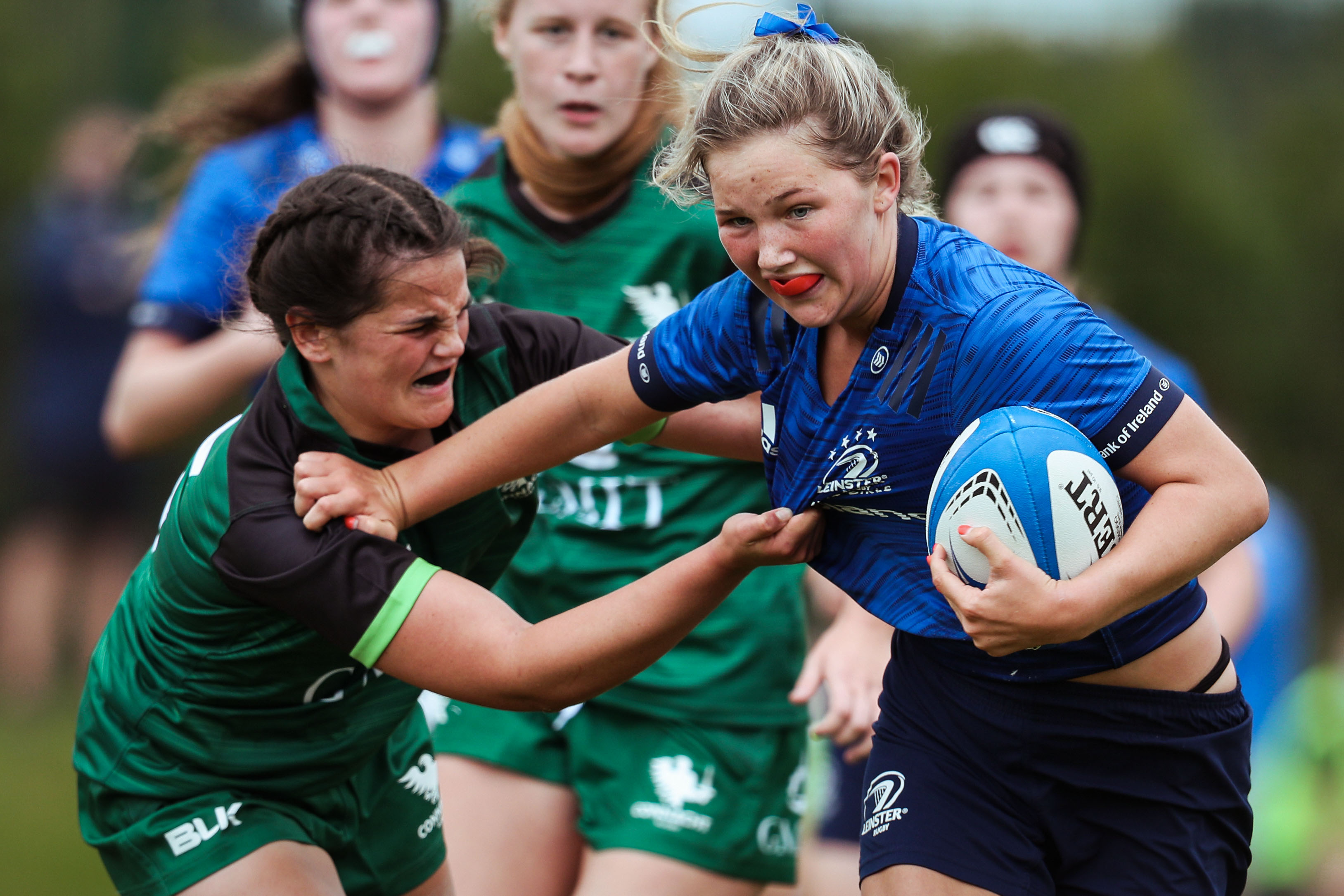 Leinster however were the ones to notch the only score of the second half. A high tackle presented Dannah O’Brien with a penalty in front of the posts in the final minutes and the young out half duly put her left boot through the ball to hit 4/4 on the day.