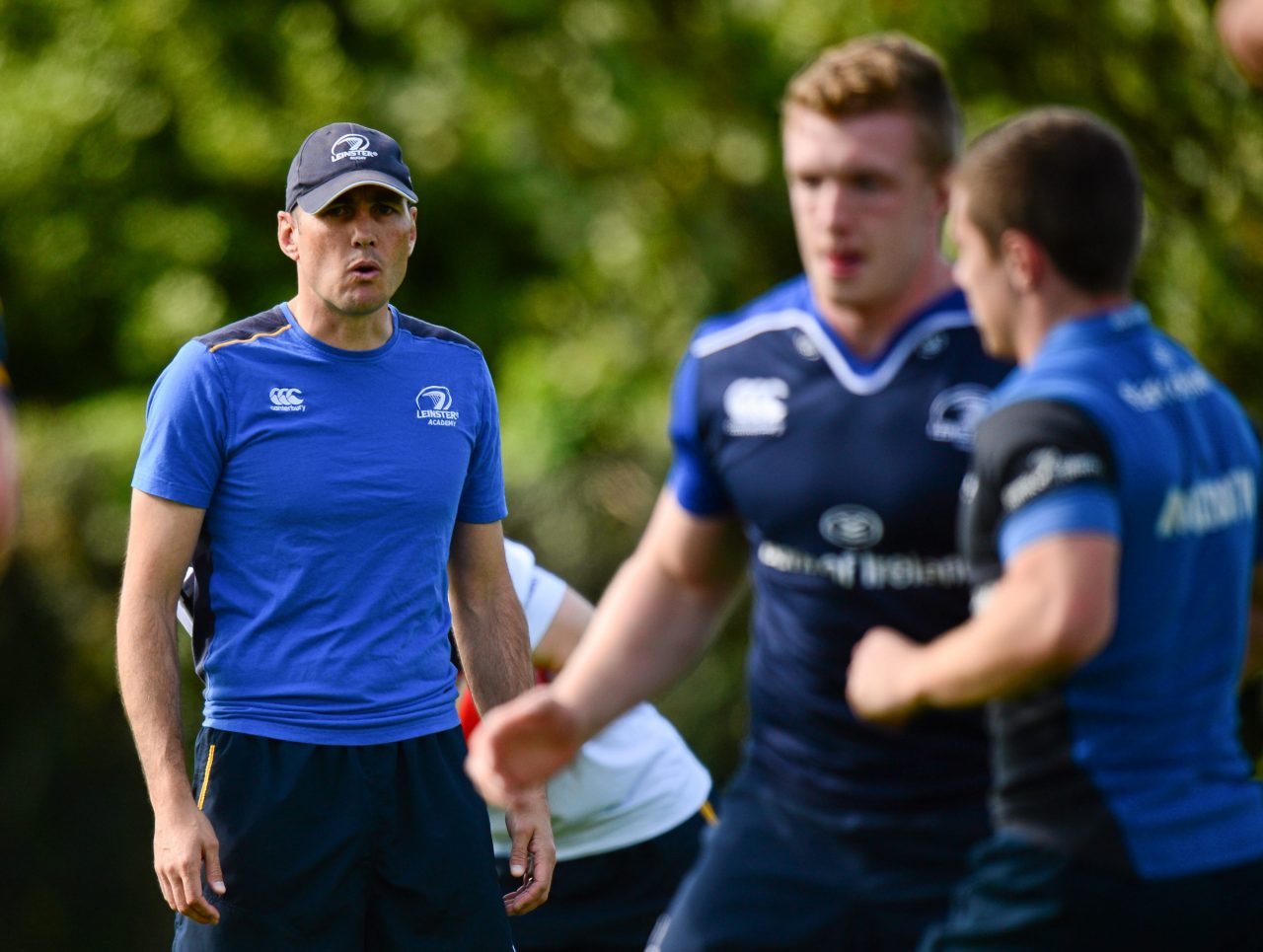 Leinster Rugby have this afternoon confirmed Head Coach Leo Cullen’s coaching team with the appointment of Girvan Dempsey as backs coach up until the end of the 2016/17 season and that Richie Murphy has accepted an offer from the IRFU of a full time role with the Union.

Dempsey has been Leinster Academy Manager since November 2012 and as part of that role has guided the Leinster A team to back-to-back B&I Cup wins, while also overseeing the progression of a number of Academy players into the senior ranks. He was also a coach with the Emerging Ireland team that won the Tbilisi Cup back in June and most recently has been interim backs coach with Leinster for the Rugby World Cup period.

Speaking to leinsterrugby.ie the 82 times capped former Irish international said, “I’ve really enjoyed the last few months and being involved with the senior team on a daily basis and I’m delighted that Leinster have offered me the role going forward. We have a busy schedule ahead of us and obviously there are challenges with so many of the lads being away at the World Cup but the players in the environment have applied themselves brilliantly and I think you saw that again on Saturday.”

The Terenure College club man also looked forward to continuing to work with the younger players who he has already managed in the Academy.

“The quality of backs at our disposal is well known. Many of whom are doing a great job at the World Cup with the Irish team at present and I look forward to working with them all over the coming seasons.

“But I am also hugely energised by the talent that is bubbling away behind the senior set up and I’m excited to continue that journey that began in the Academy with those lads into the senior set up.”

Dempsey made his Leinster debut against Ulster Rugby in September 1996 and went on to make 175 appearances for the province winning two Celtic League/PRO12 titles and a Heineken Cup during his time. He retired at the end of the 2009/2010 season but not before being inducted into the IRUPA Hall of Fame.

In confirming the make-up of his coaching team, Leo Cullen paid tribute to Richie Murphy who has been working with the senior team in a full time capacity since June 2010 as skills and kicking coach. 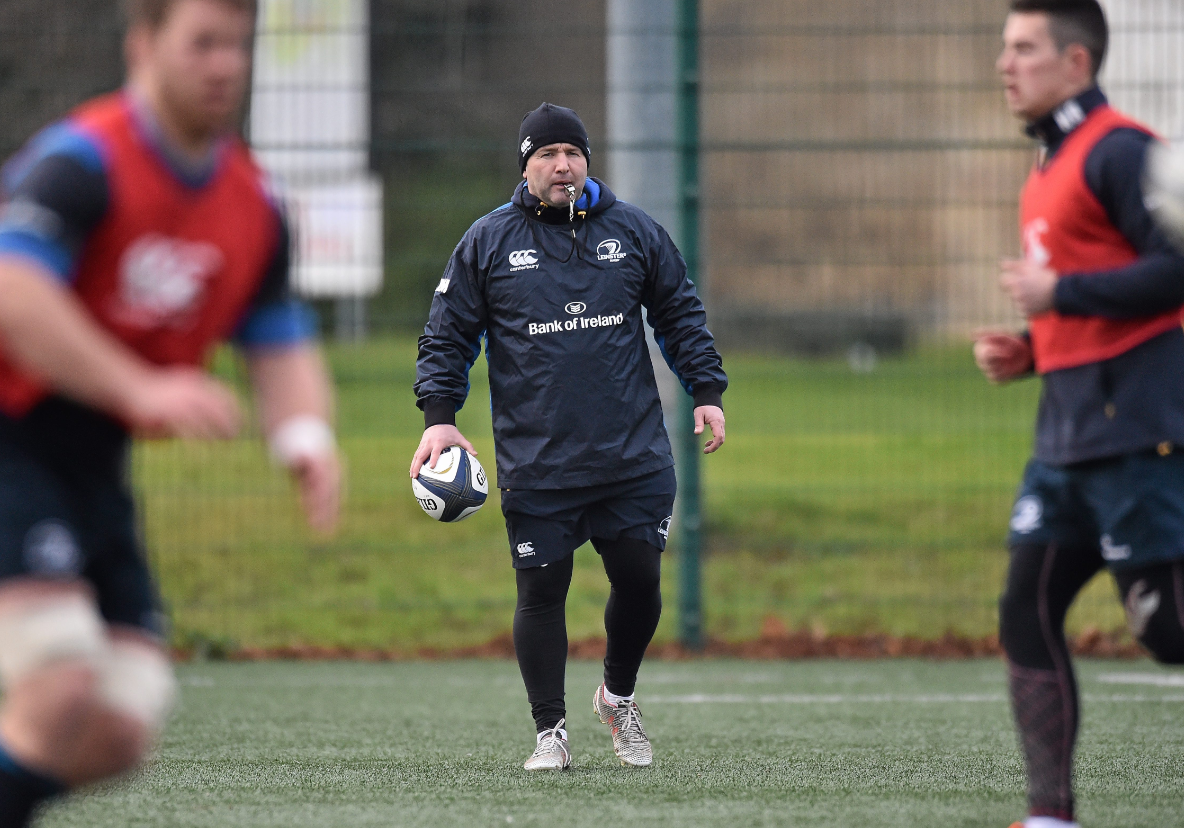 The former Leinster outhalf, who played in the AIL with Greystones, Clontarf, Co. Carlow and Old Belvedere was previously the Rugby Development Officer and Elite Player Development Officer where he oversaw the province’s underage development programme. As coach to the senior team he was involved in three Heineken Cup wins, a Challenge Cup and the back-to-back PRO12 titles in 2013 and 2014.

“Richie is a Leinster man through and through. He has played a very important role in all of Leinster’s success over the last few seasons. He has worked incredibly hard in driving standards and helping in the development of our players. We all wish Richie the very best in the short term with Ireland at the World Cup and in to the future as he takes on a full time role with the National Team.”

Leo Cullen also spoke to leinsterrugby.ie about Dempsey’s appointment and his development over the last few years.

“Girvan had an amazingly successful career as a player with both Leinster and Ireland. Since his retirement in 2010 from playing Girvan has played a vital role in developing much of the talent that you see today with his work as Elite Player Development Officer and more recently as Academy Manager and Leinster A team coach.

“After a successful coaching stint with Emerging Ireland in June we are delighted that Girvan has agreed to join the Senior Coaching Group on a full-time basis.”

As a result of Dempsey’s appointment, Leo Cullen confirmed that Leinster Rugby would be working with the IRFU to fill the vacant Academy Manager position as soon as possible and that in the meantime, Elite Player Development Officers Hugh Hogan and Shaun Berne, would take control of the Leinster A team in their upcoming interprovincial fixtures against Ulster Ravens, Munster A and Connacht Eagles.

Leinster Rugby also confirmed that as part of the coaching and management appointments over the summer months, Guy Easterby has become Head of Rugby Operations, Leinster Rugby and will oversee other areas within Leinster Rugby on top of his previous role as Team Manager.