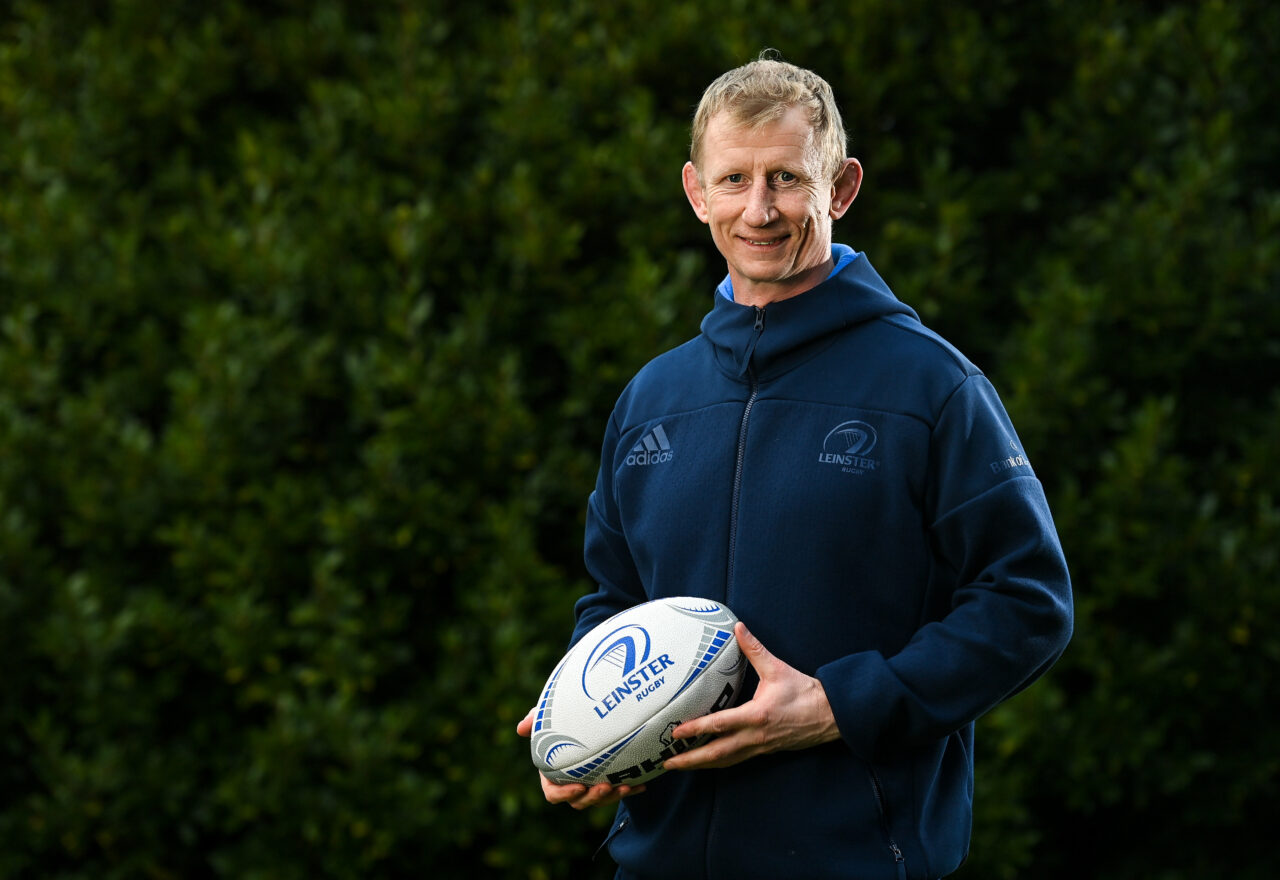 The news was formally announced by Leinster Rugby at an exclusive online Q&A event with Cullen for Official Members.

Cullen, who won 221 caps for Leinster and was captain of three Heineken Cup-winning squads, was appointed Head Coach at the start of the 2015/16 season and will now lead the province for a further season until the end of the 2021/22 season. 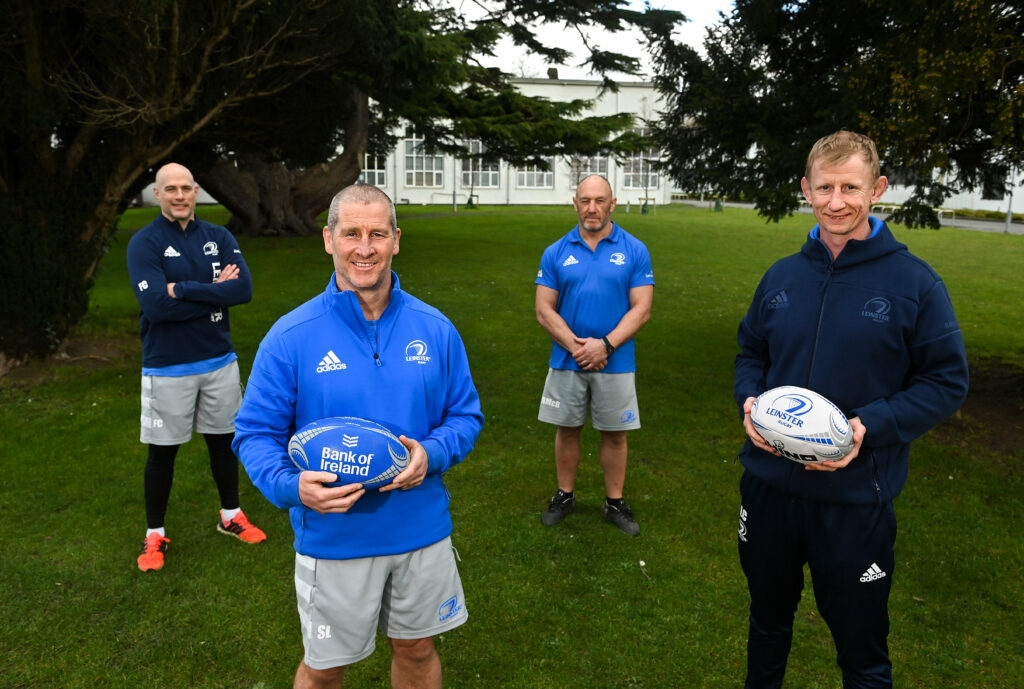 Speaking to leinsterrugby.ie Dawson discussed the contracting process and the decision itself.

“The discussions with Leo, and indeed with all the coaches, have gone very smoothly and I would like to thank Leo and Stuart, Felipe and Robin for their patience and understanding in what is for everyone in society a challenging situation.

“I am delighted to be able to confirm their new contracts here this evening with our Official Members who have been brilliantly supportive of the club over the last 12 months in particular.

“Under Leo’s stewardship, the club has enjoyed unprecedented success reaching seven finals in that time including Saturday week’s game against Munster and of course there is still the small matter of a European season to conclude this year and a game with Toulon only weeks away. 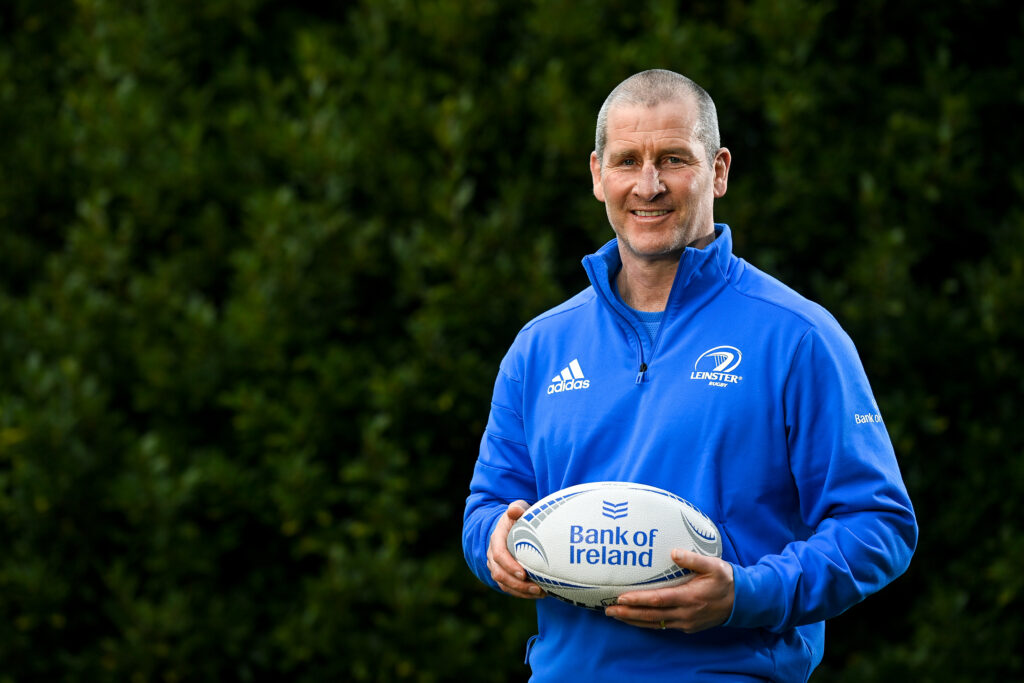 “More than any trophy, however, Leo has ensured that our ‘from the ground up’ ethos has not only been protected but has thrived under his leadership.

“Already this season 12 players from our own pathway have made senior debuts with Leinster in the Guinness PRO14 with Seán O’Brien and Tim Corkery being the latest two at the weekend.

“This success has been achieved in tandem with Stuart, Felipe and Robin and there was no hesitation on our part in offering them all extended terms and we very much look forward to working with them into the future.

“With the roll-out of vaccines and Covid-19 numbers on the decrease, we are all hopeful of better and brighter days for us all and for supporters to once again return to our games.” 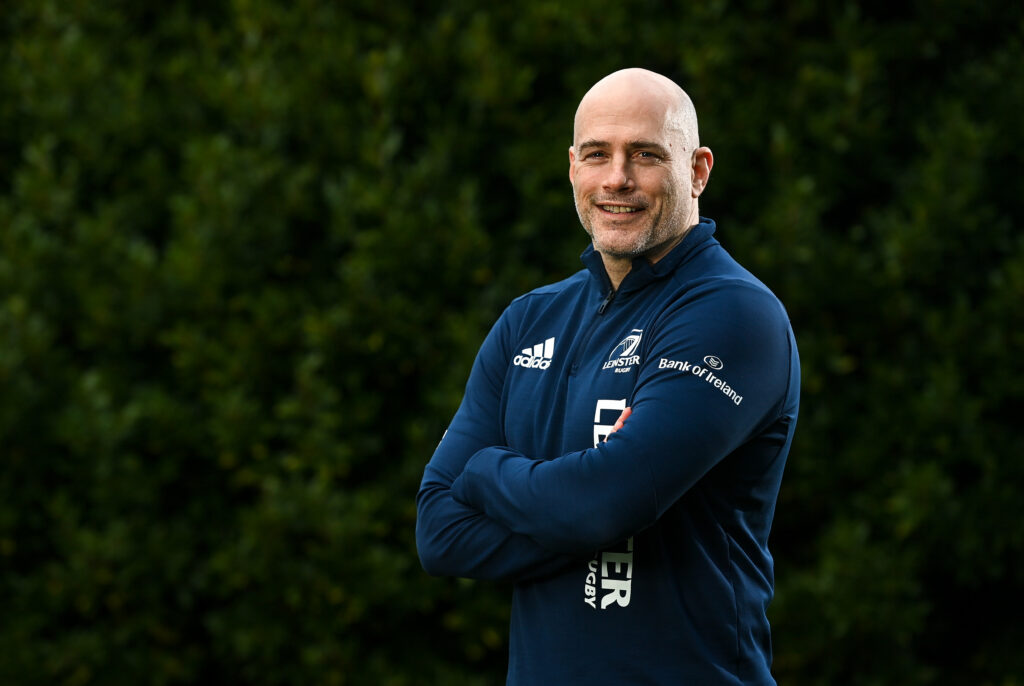 “We offered Leo a two-year deal and were very happy to do so, but Leo, for his own personal reasons, has instead chosen a rolling one-year contract which we respect.

“It is very much our hope that Leo will sit down with us again next season and that he will indicate a willingness to commit for a second season, and we will discuss that possibility when the time is right.

“Until that time, we are delighted to have Leo on board and we look forward to working with him, with Stuart, Felipe and Robin and indeed with the rest of the coaching and backroom team to build on the fantastic work already underway.” 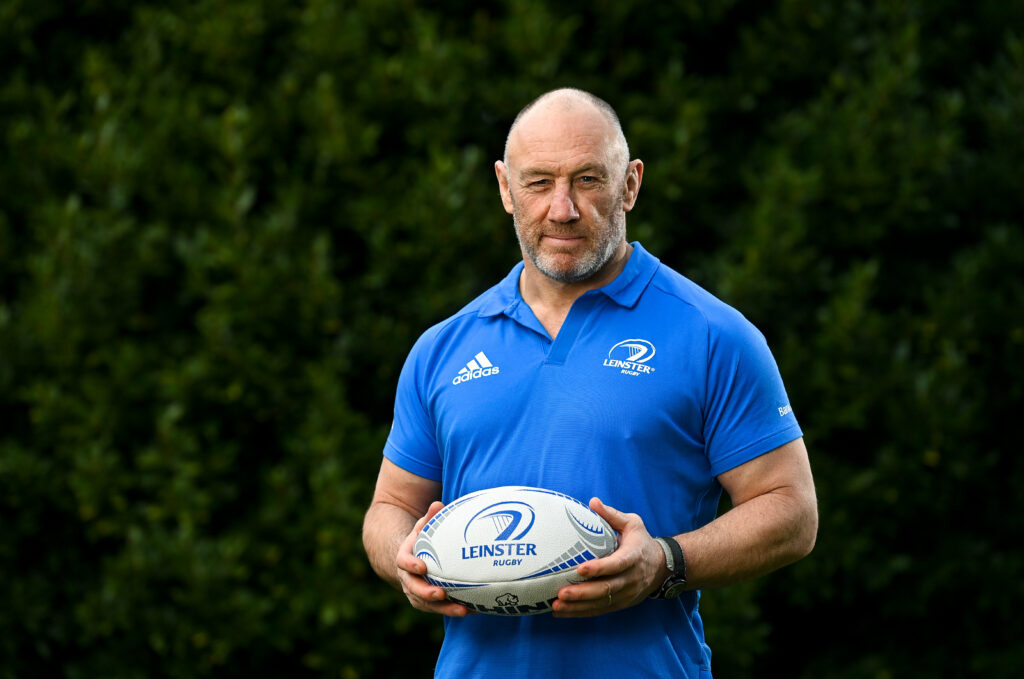 Also speaking to leinsterrugby.ie, Cullen said, “I am delighted to extend my contract with Leinster Rugby, and I want to thank everyone involved, particularly Mick Dawson, Guy Easterby and the IRFU, for their faith. Our success is founded on a collective effort and I also want to thank my fellow coaches, Stuart, Felipe and Robin, Hugh, Emmet and all the backroom team for their support, collaboration and generosity in helping the team to perform to the highest level.

“As Mick has stated, I was offered a two-year extension but requested a one-year rolling extension instead. This is purely down to personal circumstances and I would like to thank the IRFU and Leinster Rugby for their understanding in that regard.

“In saying that, I would like to reaffirm my absolute commitment to Leinster. I think anyone who knows me will know that my loyalty lies here. Representing my province as a player and then as coach has been among my proudest achievements in rugby and it is a huge honour for me to have been asked to continue. I look forward to serving Leinster Rugby to the best of my ability for as long as I am here.

“In the meantime, we can all look forward to the remainder of this season including the prospect of a Guinness PRO14 Final and Heineken Champions Cup game against Toulon. It has been a strange and uniquely challenging season but we will do our best to bring home some silverware for our wonderful supporters, whom we miss so much.

“Their passionate support is the missing ingredient at Leinster matches and we look forward to having them back in the RDS Arena and at the Aviva as soon as possible.”

DOB: 9 January 1978
Honours: Leo won 32 Ireland caps and 221 Leinster caps during a stellar career that saw him win titles with both Leinster Rugby and Leicester Tigers. He was appointed Leinster Rugby Head Coach in August 2015. In 2018, in his third season, Cullen became the first man to win a Champions Cup title as a player and as a head coach when he presided over a first ever Guinness PRO14 and Champions Cup double for Leinster.

DOB: 9 October 1969
Honours: Stuart was England Rugby Head Coach from 2011-2015. Before that he was the RFU’s Elite Rugby Director. He represented Scotland at underage level and was the first player to play over 100 times for Leeds RUFC (later branded Leeds Tykes). He was appointed Leinster Rugby Senior Coach in September 2016.

DOB: 20 August 1977
Honours: Felipe played 87 times for Argentina and was capped 116 times by Leinster Rugby winning a Heineken Cup and a Celtic League title during his time with the club. He also had spells with Bristol, Toulon, Stade Francais and Club Newman before taking up a role with the UAR working with the Argentina XV and the Jaguares. He was inducted into the World Rugby Hall of Fame in 2017. He was appointed Leinster Rugby Assistant Coach in June 2018.

DOB: 3 July 1970
Honours: McBryde is a former Llanelli and later Scarlets hooker who played over 250 games for his region. In an eleven-year international career he was capped 37 times by Wales and played in the 2003 Rugby World Cup and was selected for the 2001 British & Irish Lions tour to Australia. Since retiring in 2005, McBryde has coached with the Scarlets and then with Wales as forwards coach to the senior national squad. He was appointed Leinster Rugby Assistant Coach after the conclusion of the 2019 Rugby World Cup.