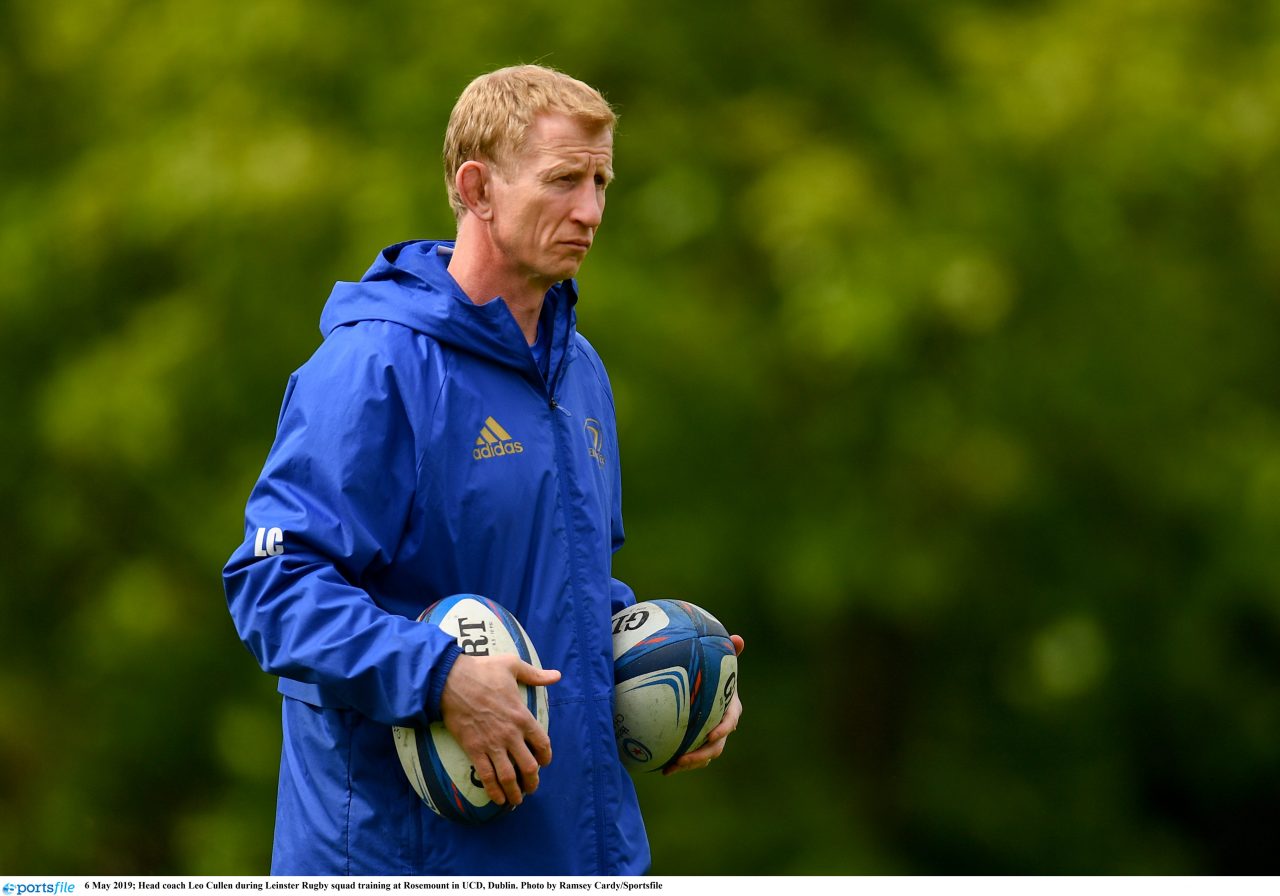 Leo Cullen paid a visit to a packed Laighin Out bar for a Q&A with the Official Leinster Supporters Club (OLSC) after Saturday’s Guinness PRO14 Semi-Final win over Munster.

That win and great team performance from the men in blue made it a Q&A with a Guinness PRO14 Final build-up twist.

Leo Cullen last visited the Laighin Out on the 6 May 2011 to be honoured as an OLSC Legend.

A lot has happened since that date with three Champions Cup titles, three PRO14 titles and a European Challenge Cup added to the trophy cabinet. Leo was part of each one of those titles, either as a player or as a coach.

OLSC president Aisling O’Connor put your questions to Leo on the night to get his perspective on the two finals this month and the up-and-coming players in the wider squad.

Leo spoke about his favourite moments with Leinster, saying as a player it was the 2009 European Cup win. However, in his time as a coach, he highlighted the ‘Sea of Blue’ welcome the team received on the way into St James’ Park for this year’s Heineken Champions Cup Final.

He went on to explain that Leinster wants the players to display qualities that people want to support. The support that day confirmed that Leinster are producing such players. Leo said that before the 2009 European final in Edinburgh, he wondered what the blue support would be like but believes that the game was won on and off the pitch that day.

Leo namechecked several young players as ones to watch when asked about the talent coming through the Leinster Academy. He also mentioned that an incredible 57 players have featured during the season.

On PRO14 Final preparation, Leo said it’s important that the emotional toll of the last two weeks is managed going into the game against Glasgow Warriors. He emphasised the importance of the team putting it aside, so they can play our very best and reward the supporters.

OLSC president Aisling O’Connor, on behalf of all supporters, thanked Leo at the end of the Q&A. The Leinster Supporters are very grateful for the work he, and his fellow coaches and the backroom team at Leinster, put in to secure big days for the province like the two finals this month.

Thanks, Leo. We’ll see you and the team in Glasgow.