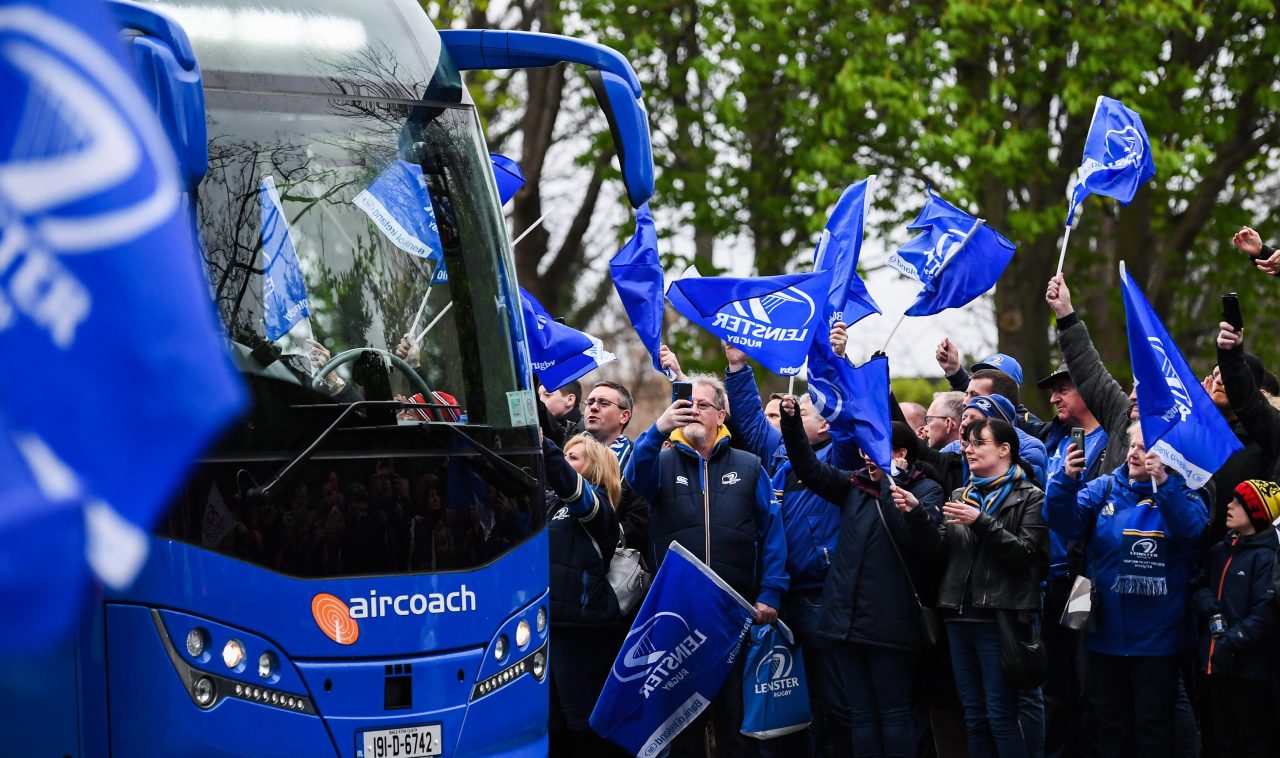 Leinster Rugby head coach Leo Cullen and the OLSC are calling on supporters to create a Sea of Blue to meet the team bus as it makes its way into the Aviva Stadium this Sunday.

Click here to join the roar at Leinster v Toulouse

Thousands of supporters have come out to welcome the team bus this season at the Aviva. In a heavyweight Heineken Champions Cup semi-final, the Sea of Blue becomes even more important. There are no second chances.

Leo Cullen has made recent comments about how the supporters lift the team, specifically mentioning the Sea of Blue team bus welcome.

Commenting on the recent European quarter-final against Ulster, Leo said, “That makes a big difference, the crowd today were amazing. The drive into the ground when you see all the flags and thousands of Leinster supporters. These are again the moments that make the difference”.

So, this Sunday, ahead of Leinster v Toulouse at the Aviva, it’s time to make it happen again.

The Leinster Rugby team bus will enter the stadium at the entrance adjacent to Lansdowne Rugby Club at approximately 1.30pm. The OLSC is asking supporters to help us line the route from the Sandymount Hotel all the way into the stadium at 1:15pm (see map below). 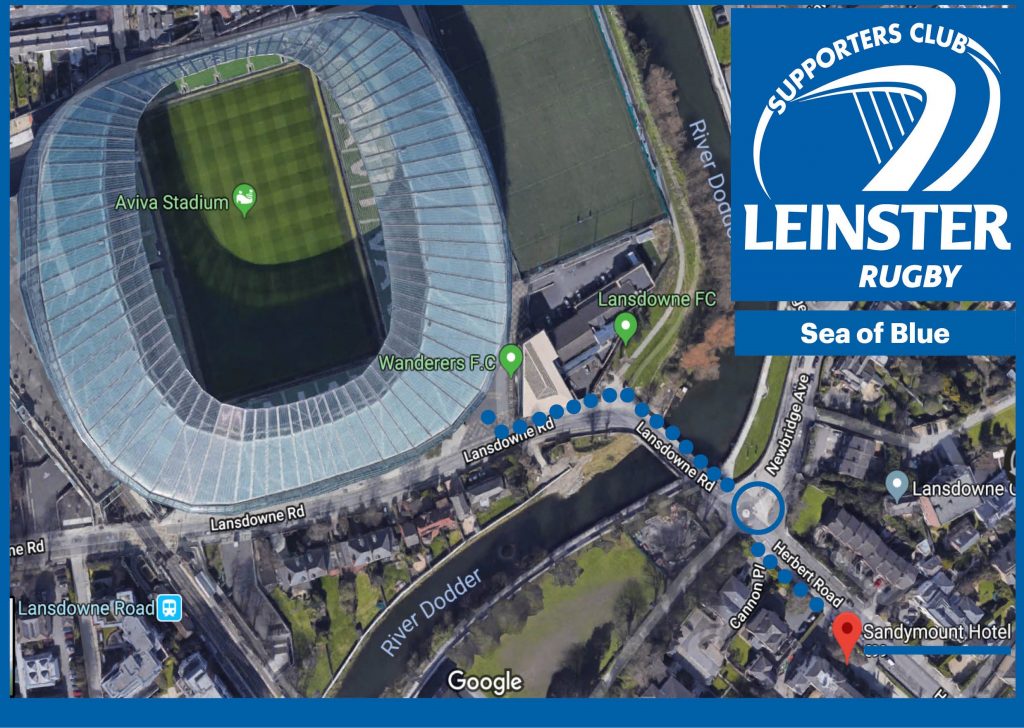 This meeting point ensures that even if you cannot access the Aviva Stadium via this route, you can still take part in the sea of blue and welcome the team as they arrive.