Cullen: “It is powerful when everyone’s behind you” 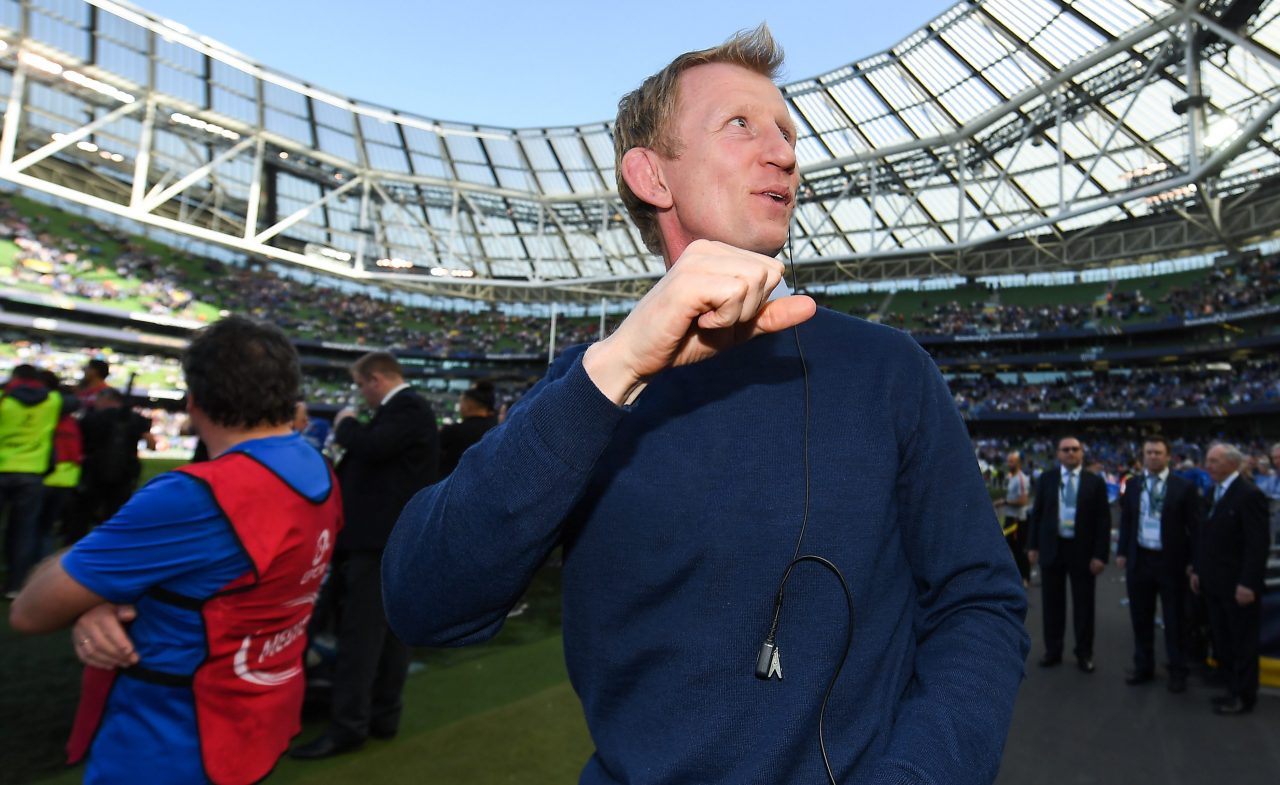 Leo Cullen believes the weight of support behind the team will be a significant factor as the squad begin building towards the Heineken Champions Cup Final at Newcastle’s St James’ Park on Saturday, 11 May.

Before that, Leinster will travel north to face Ulster at Kingspan Stadium in the final round of regular season games in the Guinness PRO14.

Thanks to securing top spot in Conference B, the team will then have no match the following week before preparing to face two-time European champions Saracens in Newcastle.

“I think when a team loses in a competition when they’ve won it previously, it just drives greater desire usually. That’s what my experience would be,” Cullen said of Saracens after Sunday’s win over Toulouse.

“Particularly when you’ve got a group of players that has generally stayed together over the course of a good number of seasons now, you can see that some of them are pretty ambitious.

“They’re going to be a real handful but what would you expect at this stage of the competition? There’s a lot of really good teams in Europe.

“They were seeded number one, so they’re in the final for a reason. They’ve probably been the most consistent team in the competition so far.”

For the fourth time this season, over 40,000 supporters came out to get behind the boys in blue in Aviva Stadium, including two sell-outs against both Munster and Ulster.

Cullen believes this support will play a big role as the squad prepares for a crucial series of games over the next four weeks.

“There’s so much motivation for so many different reasons. The motivation will be high for both teams.

“They are amazing days for players to be involved in. It is this weight of support, this momentum, when you think everyone is behind you it is powerful stuff. Players feed off that and they understand what it means to, not just our group, but to lots of other people as well.

“We’ve just got to knuckle down now, come up with a plan.”

Leinster Rugby 2019/20 Season Tickets are on sale now. Secure your seat for next season.