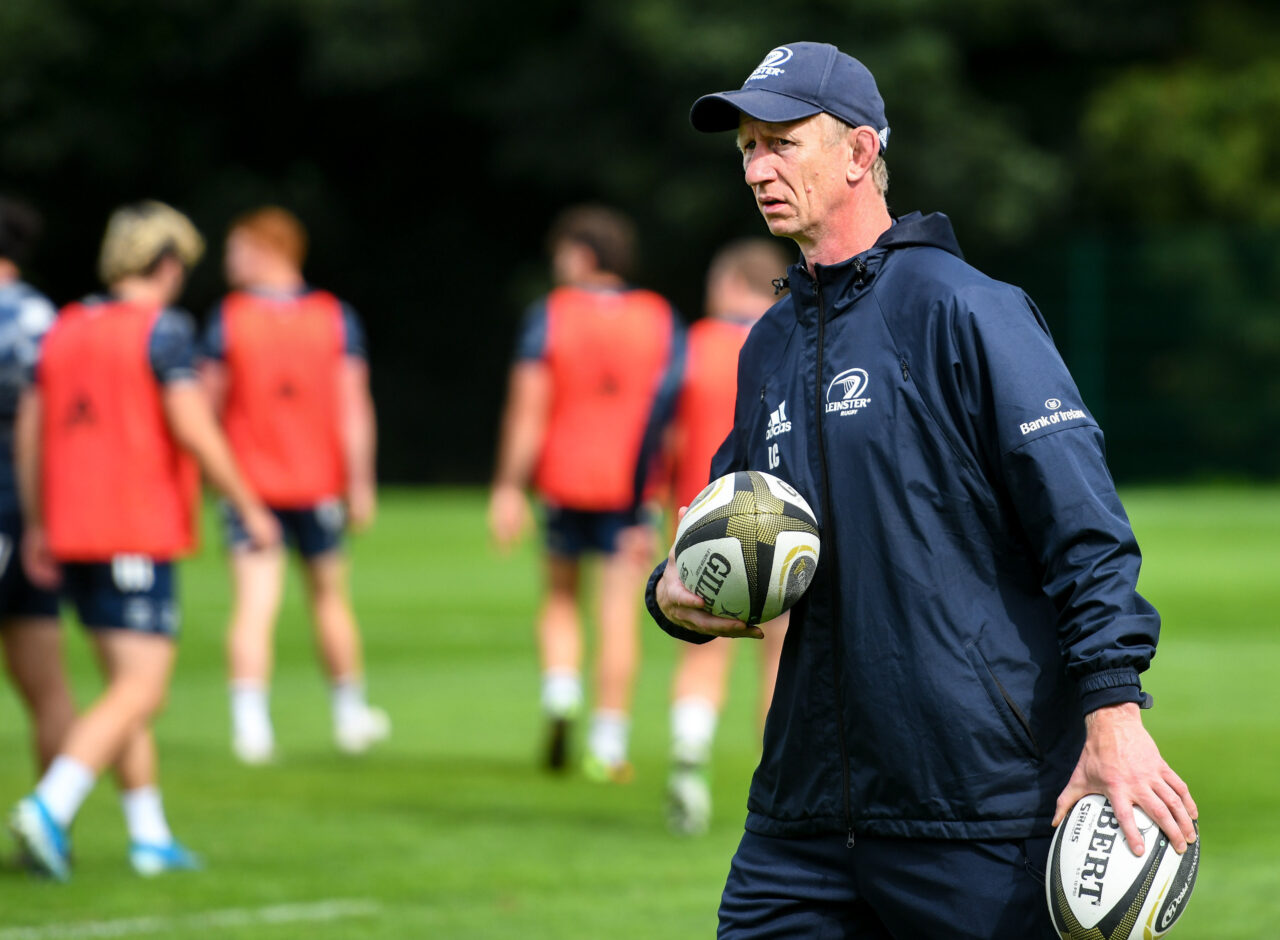 Photo by Conor Sharkey for Leinster Rugby via Sportsfile

Leo Cullen spoke to the media via a video conference call ahead of Leinster Rugby’s opening game of the new Guinness PRO14 campaign against Dragons Rugby at the RDS Arena on Friday (KO 8.15pm – live on eir Sport & TG4).

Cullen looked ahead to the return to the RDS Arena, was asked to reflect upon the Heineken Champions Cup quarter-final defeat to Saracens, and provided an update on the fitness of Dan Leavy and Tadhg Furlong.

Returning to the RDS Arena

“We’re at home at the RDS. It’s been a while since we played a game at the RDS, so we’re all keen just to get going now and put in a good performance and get back at it. Get back out doing what we enjoy, which is preparing for games and playing games and dealing with that day-to-day. It’s a game behind closed doors because of the state of play in Level 3 lockdown in Dublin at the moment.  But hopefully, it won’t be too long. It’s encouraging to see some supporters at the game up in Ulster this weekend. So we’ll see obviously how that goes. It’s just another step on the way to getting back to playing in front of crowds, I guess.”

“But from our point of view, what can we can control? We can control trying to prepare well this week, making sure we get over the disappointment. It’s easier said than done because it meant a huge amount to the players, everyone involved in the club in terms of that game against Saracens. Unfortunately, we came up short on the day. We tried to pull that apart, learn the lessons from that. And now we’re trying to implement a few things as we face into a different challenge now. So it’s very much Dragons focus and we’ll see where we sit after that with Treviso then next week and move on from there.

“It’s strange, isn’t it? Round one of the PRO14. Normally you’re playing your pre-season games. Obviously, we’ve come off the back of a very disappointing loss in such a big game on a big stage. It’s good in many ways that we have a game and we’re back up and running. We’re looking forward to getting going.”

“Tadhg is…it’s just lots of little things, unfortunately, that have just stalled his return. He’s got close on a couple of occasions, so he’s had a few false starts really. He’s close to getting back. He’s making progress and nearly there.”