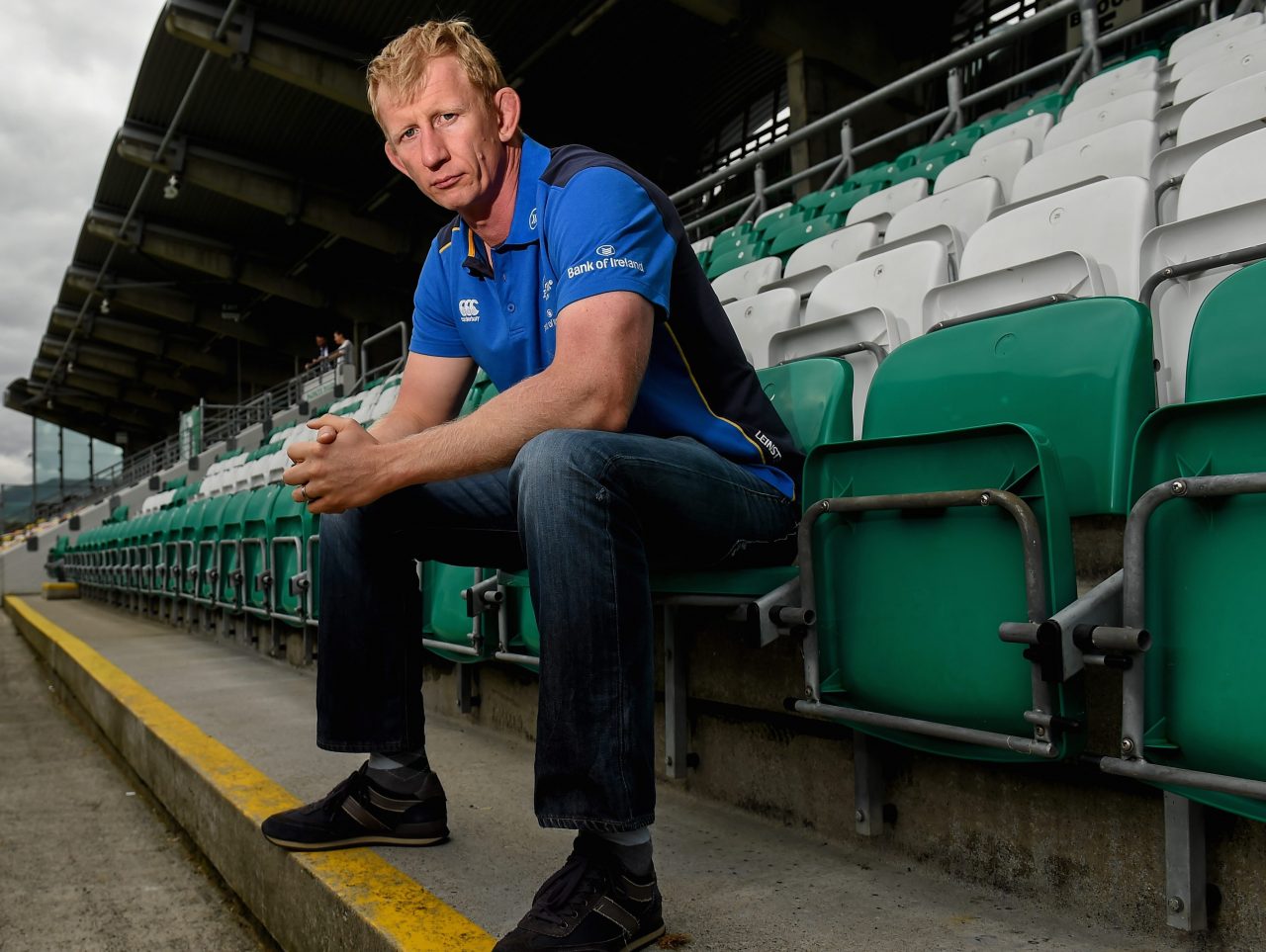 Now a few weeks in to his new role as forwards coach at Leinster, Leo Cullen talks becoming a coach and the defeat against Glasgow Warriors last weekend.

Going from playing to coaching means a lot of things have changed in past few weeks for Leo Cullen. He’s swapped a locker for desk, and a place in Leinster’s second row for a second row seat in the stands.

It also brings about a change in mentality. The focus is no longer on his own performance post-match, now the net must be cast much wider.

“I think as a player you probably look at yourself first,” the former Leinster captain said speaking to the media ahead of this weekend’s match against Scarlets. “Where, as a coach, you have to look at the whole collective, including yourself. I guess that’s the big difference.”

After last Saturday’s defeat against Glasgow Warriors, Cullen has been doing just that – looking at the collective performance of the team. While there are plenty of positives to take from a comeback that almost led to Leinster picking up four points, Cullen says “a pretty poor start to the game” made the task even more difficult.

“We gave away two pretty cheap tries: one where the ball pops out of the scrum, another where we ripped the ball free in a tackle and Josh Strauss runs 40 metres unopposed, under the sticks. That’s 12 pretty cheap points. I thought the guys battled back pretty well from 19-0 down and the second half was a bit better.”

Next up is Scarlets in the RDS this Saturday (KO 2.40pm) for Leinster’s first home game of the new season. Cullen says that more internationals should return for this weekend’s game.

“We’ll have a few (international players) back, hopefully. That national management cycle comes to an end pretty much after this week. Generally most guys are back available for selection.”

Click the banner below to get your tickets for Leinster v Scarlets.