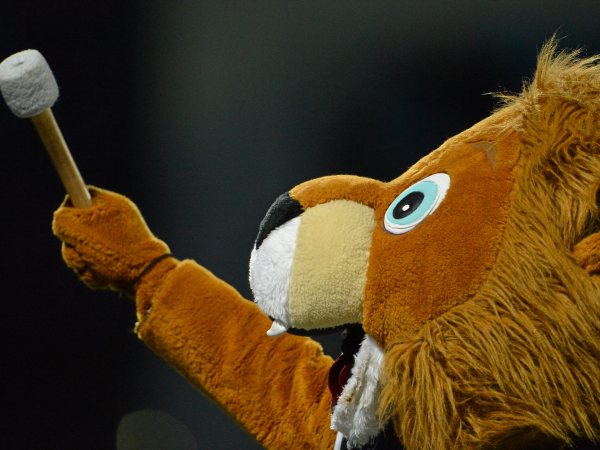 At long last the powers that be at Leinster Rugby have decided to give me my own column. The negotiation process was lengthy, but the terms that have been agreed are very fair and I look forward to eating in Mao for free for the rest of the season.

It has been a very busy few days. I visited Ardgillan Community College in Balbriggan recently, with the Amlin, PRO 12 and B&I trophies. You can take a look at some of the photos from the day here.

I noticed a few of you liked the funky Halloween tunes at the match as well. With the help of some very eager followers on Twitter, I put together this Halloween playlist. I know a lot of people are gearing up for Christmas, but some of these songs are so good, you can listen to them all year round.

Speaking of Christmas, the excitement for the Northampton game on December 14th in the Aviva Stadium really is growing. I’m looking forward to seeing a packed Aviva, covered in blue, cheering on Leinster. Some of you have been tweeting @LeinsterRugby about the match already. Got to love the dedication of these two supporters in particular on Twitter though:

That’s not to forget the games coming up against Treviso and Scarlets this month, plus a provincial derby against Ulster just after Christmas. We’re just spoiled with all this great rugby coming up!

I also want to wish good luck to all the Leinster lads lining for Ireland against Samoa this weekend, and good luck to Joe Schmidt for his first big match in charge of Ireland. I would also like to wish Zane Kirchner the best of luck for the Springboks, incidentally my favourite Saharan cousins!

If you want to hear more of my musings of life, rugby and occasionally The Lion King, you can follow me on Twitter.