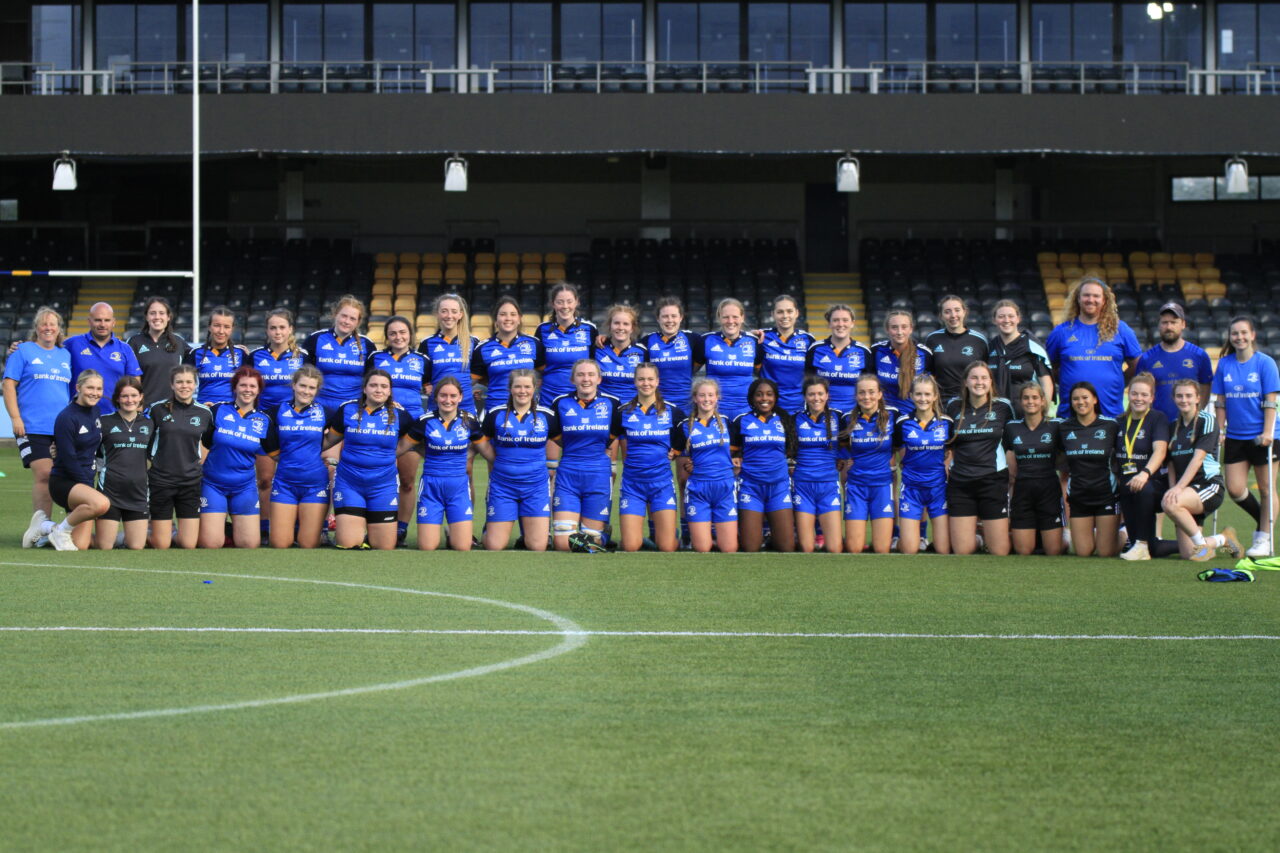 The Leinster Rugby U-18 Girls, Clubs and Schools came away from their tour across the water last week with many lessons learned and a far better idea of where they stand ahead of their respective interprovincial campaigns.

The U-18 Girls kick-started a tour into the unknown against Worcester on Tuesday in what was their first-ever overseas pre-season.

No matter, they responded in thrilling fashion, carving out a superb 60-7 win over Worcester at Sixways on Tuesday evening.

The manner in which backs and forwards worked together to move the ball into space and the clinical nature of their attack was eye-catching.

“We played it like we would a full interprovincial match, using all 23 girls from the match-day squad,” said coach Mick Bolger.

“We had targeted certain performance indicators around the set piece, the defence and the attack.

“The girls approached everything very positively and the review of the Worcester match showed that they ticked a lot of those boxes,” he added. 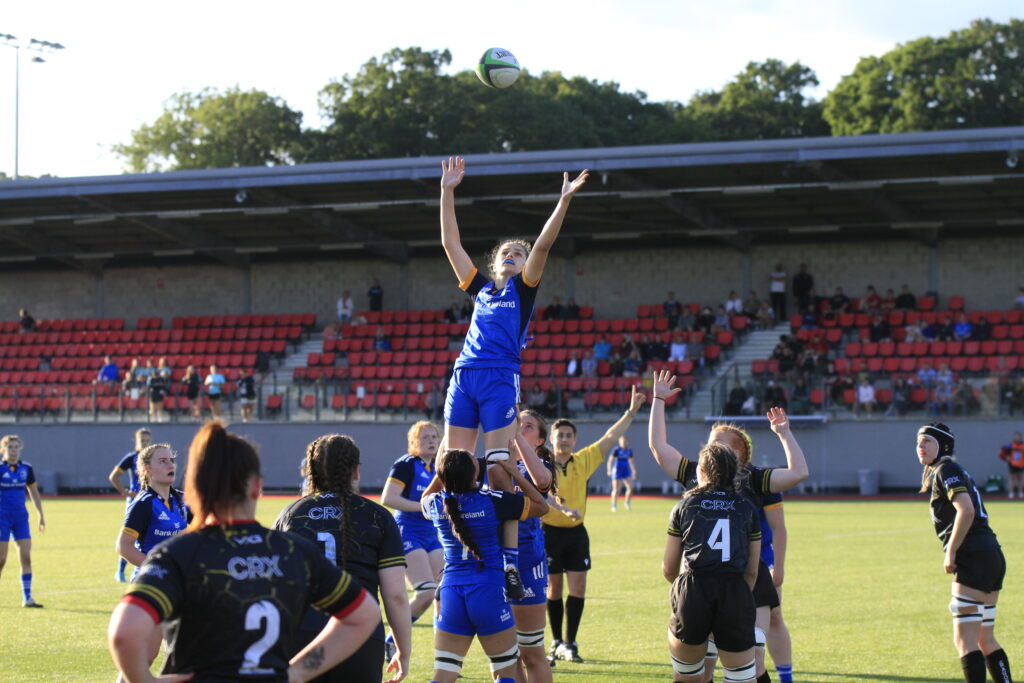 There were three days of recovery until Leinster made their way to play Dragons at Caerphilly on Friday evening.

As with Worcester, the coaches and players had very little evidence to go on as the faster pace in England was replaced by a bigger physical test in Wales.

In the end, Leinster had enough answers to come away 31-12 winners, turning on the style in the first half to build up a 26-12 lead at the break.

They were able to move clear from a brace of tries by Emma Brogan and two more from Sterritt and Amy Rushton to move into a commanding position.

In fact, coach Bolger was even more impressed by the resilience and discipline the girls showed in turning up the defence to keep the territorially dominant Dragons scoreless for the second half.

The cherry on top came when Leinster broke away late on for Brogan to complete a fine hat-trick.

“When questions were asked, they really dug in for each other against the Dragons. They worked so hard and I think that was the benefit of the time away together,” noticed Bolger.

The Leinster U-18 Clubs showed solid improvement in their game detail before coming up short against Worcester at Sixways on Tuesday.

The barometer had been set in a hit-out against an Irish Qualified (IQ) side the Friday before.

Coach Damien McCabe ranked the performance ahead of the result in breaking down the progress made by an enthusiastic bunch of players.

Even so, Paidi Farrell’s double and further tries by James Harris and Will Saunders allied to a strong final 20 minutes meant Leinster had a solid platform to work from. 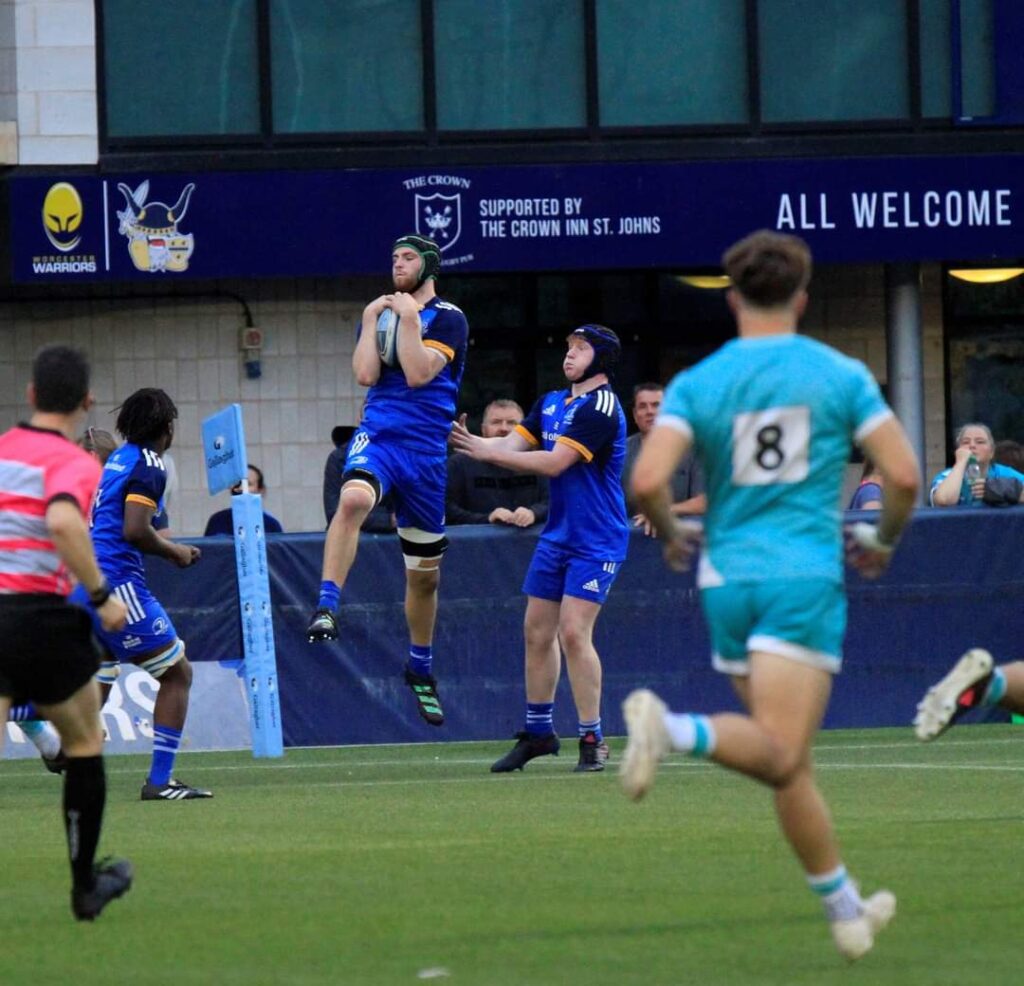 They were able to front up physically against a far larger opponent and increase the tempo as their fitness began to pay dividends.

The management targeted a quicker start, honing tackle technique and improving accuracy at the breakdown to oil their all-court game for the second match.

They completed their mission by playing right to the end in losing to a strong Wasps outfit at Uppingham on Friday.

That man Farrell, introduced as a replacement, made it four tries in two games with another brace beside efforts from wing Edgaras Kucinkas and loose forward Sam Mills.

The return of eight tries in two matches showed how their attacking strategy could cause problems for two well–organised English clubs.

“It was a great opportunity to take the players out of their comfort zone for a week,” reflected McCabe.

“We had two very tough tests. We come back a more cohesive unit. We have a lot more clarity and confidence in what we want to do ahead of the interpros.” 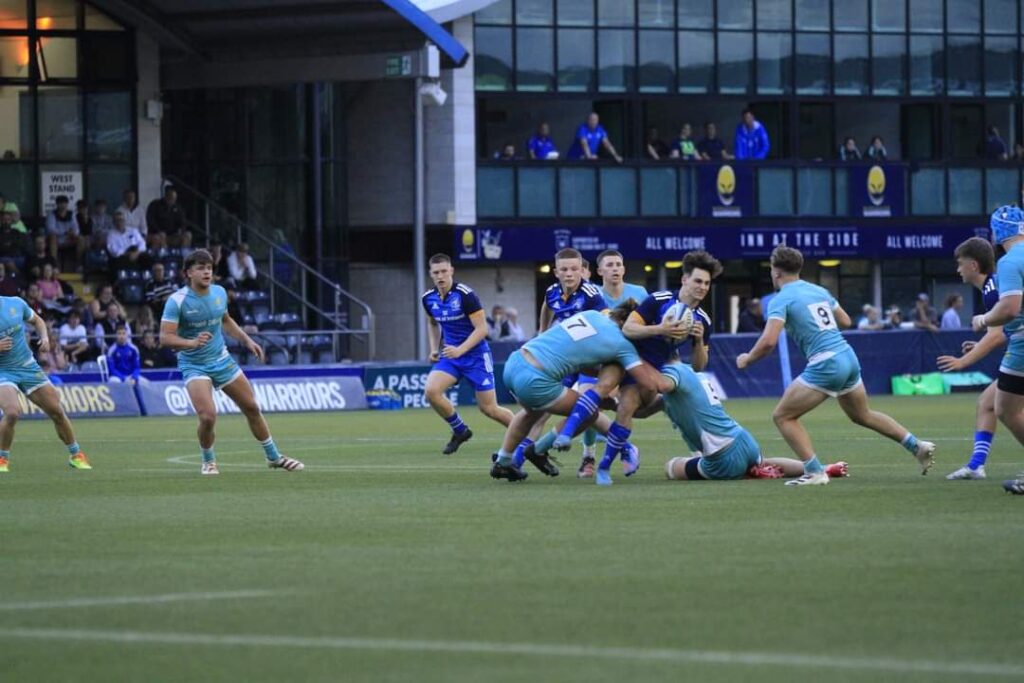 The Leinster Schools played two matches in three days, beginning with a 27-5 win against Gloucester at Malvern on Tuesday.

The impressive nature of the attack was balanced by disciplined defence in which Gloucester’s only breakthrough came in the opening period.

“This was a totally different challenge to what we would normally see, two against huge, physical packs,” said coach Igoe.

“The number one aim of the week was to get game-time for all 32 players we brought here. It is an opportunity for the coaches to see the boys play against quality opposition, to see how we compare to them.

“It has been a great experience, a chance for the players to experience something different and to get to know each other better ahead of the Interprovincial series.”