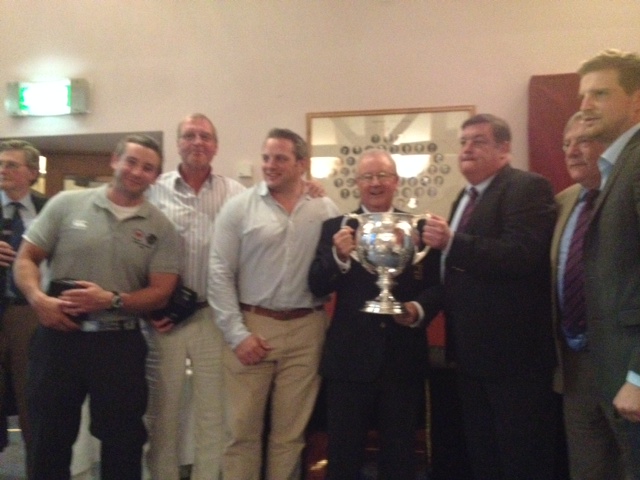 This golf competition, open to all senior rugby clubs in Leinster , has been played for annually for the last 60 years. It is usually played for in the Grange GC, as it was again this year, and the format is that each club submits four foursome pairs with the top three scores to count for the club’s aggregate score.

This year, the new President, John Glackin, had the unusual distinction of presenting the Cup and prizes to his own club team, Clontarf , who won for the third time in 5 years. The President was a member of the winning team on each of the three occasions.

Thanks to Grange Golf Club for hosting the competition on a glorious summer day and also to Kevin Fitzpatrick , a past President of the Branch,who organised the day superbly.