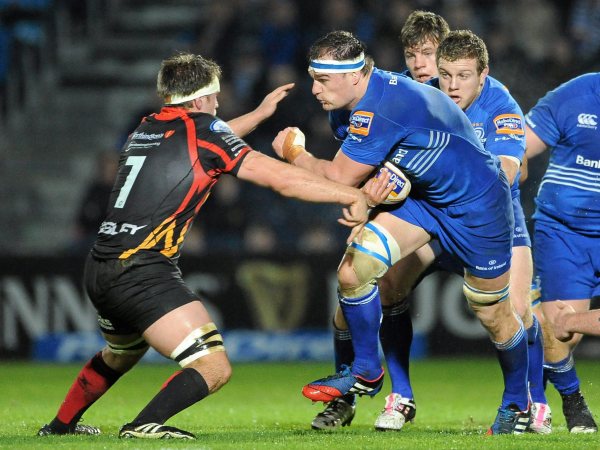 A slow start to this Valentine’s night PRO12 match led to an action-packed finish between Leinster and Newport-Gwent Dragons, with five tries coming in the second half.

Jack McGrath went over for Leinster in the first half to give his side a 10-3 half time lead. Dragons hit back early in the second half with two tries in as many minutes.

Leinster recovered and put Dragons under pressure for the rest of the match. Two penalty tries gave Leinster the lead, before a red card put an end to Francisco Chaparro’s game after the Newport prop was dismissed for a dangerous dump tackle on Isaac Boss.

Darren Hudson’s late try in the corner secured a try bonus for Leinster and a 31-19 win.