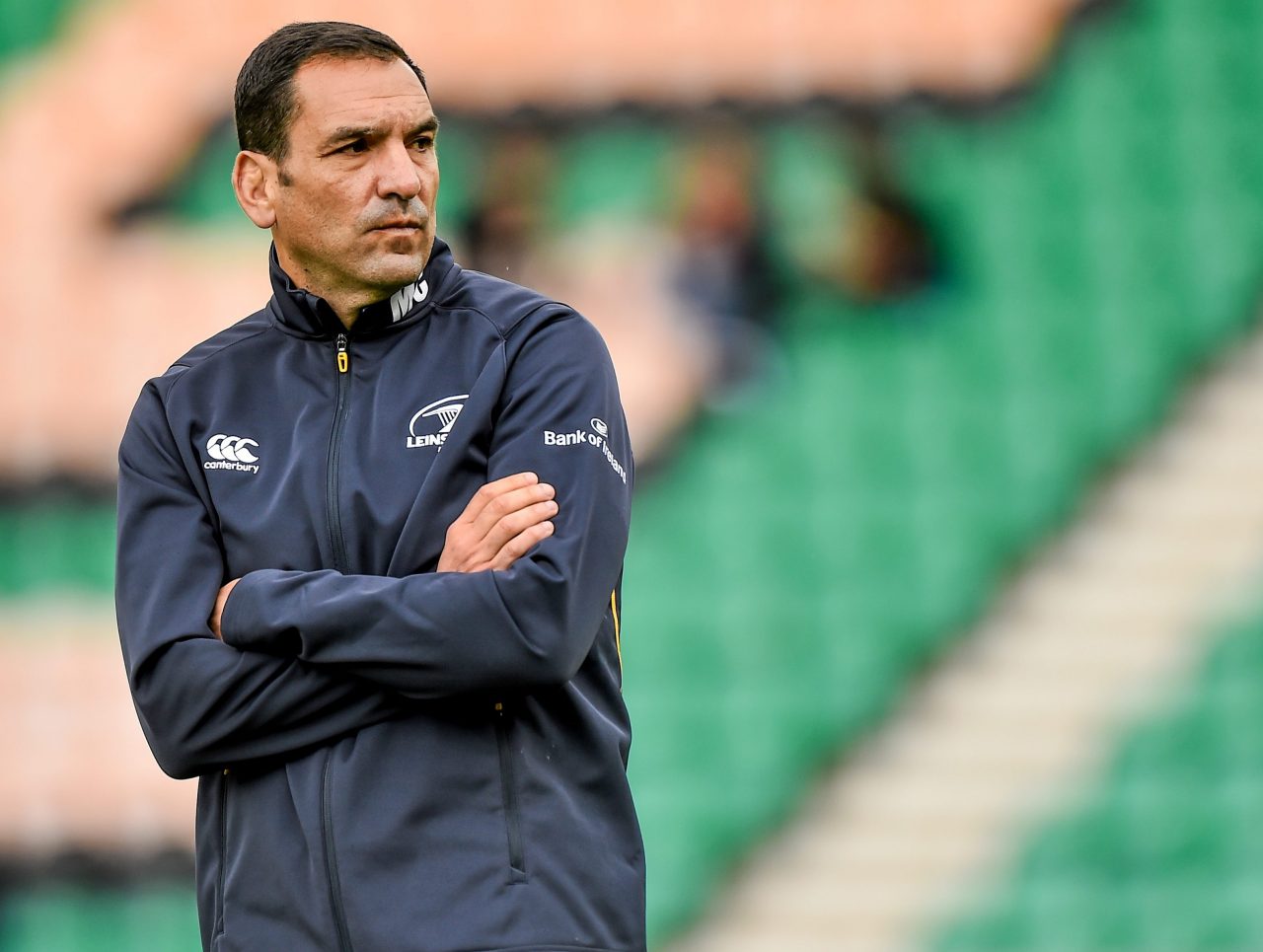 Marco Caputo looks ahead to this Friday’s match against Connacht and discusses the last time he faced the province.

This Friday, Leinster will travel to the Sportsgrounds to face Connacht in the first interprovincial derby of the Guinness PRO12 season. And for Leinster’s new scrum coach, Marco Caputo, this won’t be first time he has faced the men from the west.

Back in his days as a player, Caputo was a part of a Wallabies team that went undefeated on a 12-game tour of Ireland, Scotland, Wales and England in 1996. On the Ireland leg of that tour, the Wallabies faced Connacht in Galway, in a game which they won, but which saw Connacht employ an unusual tactic at the line-out.

“I was part of the Wallabies team that did the last full tour of the UK and Ireland,” said Caputo while speaking to the media this week. “We had a wet and windy day down there in Galway. If my memory serves me correctly, they scored a try from a 14-man line-out.”

While he might not expect Connacht to employ similar set piece tactics this weekend, Caputo has been impressed with their start to the new season.

“They were impressive last week against Edinburgh away. They were in a scrap and they wrestled their way out of it. A year or two ago they probably would’ve lost that game. There’s a real intent there for them to play positively, move the ball. They play laterally; they try and play an up-tempo game. You can see the New Zealand influence there with Pat Lam. For the most part they’ve been very good at it.”

Caputo also believes Connacht’s scrum has been one of their strengths in these opening two games.

“Their scrum has been pretty strong over the last two weeks. Certainly against the Dragons and against Edinburgh they were strong; they were able to force a couple of penalties off the back of their scrum. We’re going to have to be really, really good in that area, make sure we’re disciplined in what we want to do and make sure that we execute the way we want to use our scrum. It’s going to be a good contest for us.”

Looking ahead to the rest of the season, Caputo wants to see Leinster’s scrum become a real weapon in the team’s arsenal.

“Leinster’s got a reputation for playing an expansive game – we always want to have that reputation. But we also want to develop a reputation for having a really good functioning set piece. And so when people talk about Leinster, I want them to talk about the scrum being a key strength of theirs and an area that we can use to attack the opposition with.”