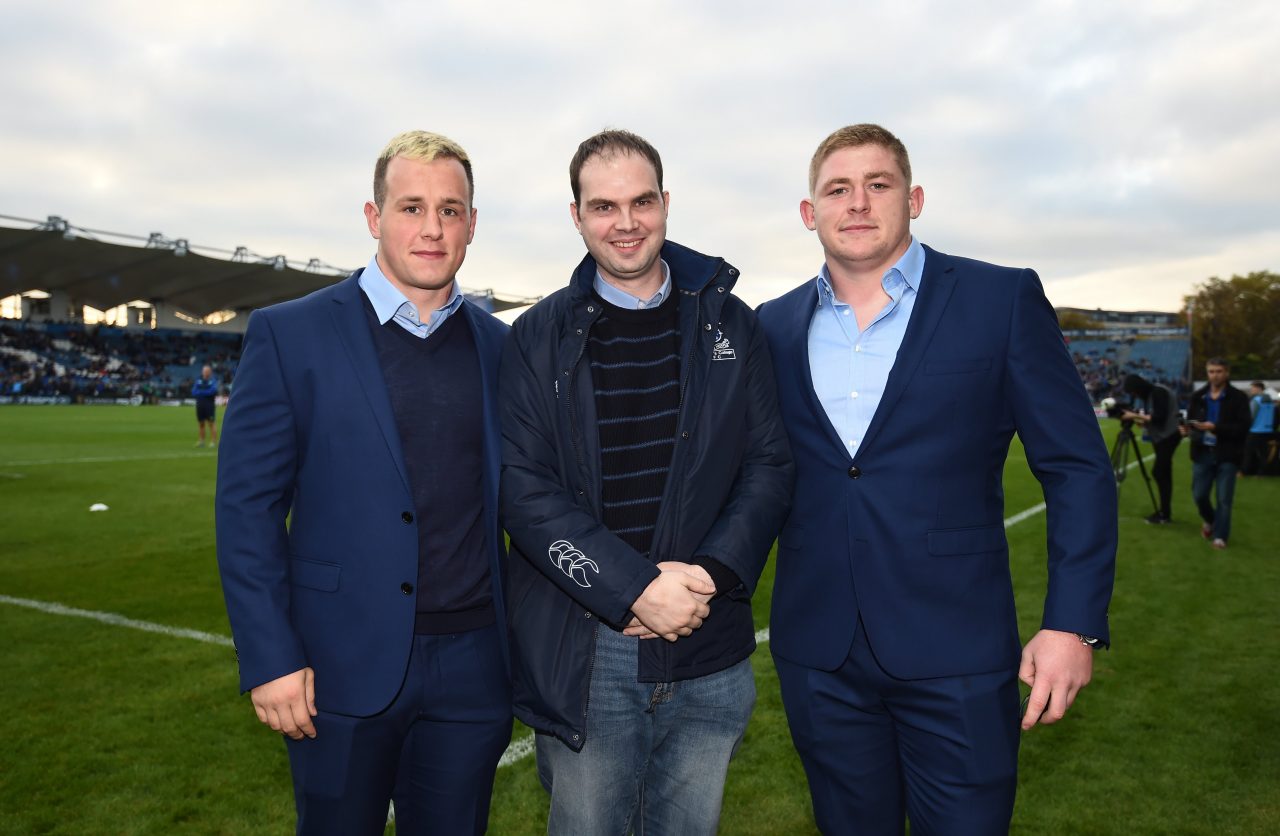 Facebook pages are updated regularly with fixture information and photos of matches. Local newspapers carry match reports and Twitter feeds keep supporters in the know with live score updates. Very often, those supporters don’t know who the person behind the handle is or who the author of the match report might be. However, these PRO’s are vital to our clubs, crucial to our efforts to promote the game that we all love and so Leinster Rugby looks to highlight these unsung heroes by making the PRO of the Month our VIP guest when they receive their award.

Maurice ‘Mossy’ Davin of St. Mary’s College RFC  was last month’s winner and so he was invited, with a guest, to attend the Leinster v Connacht game where they were seated in the comfort of the committee box and given the VIP treatment. Mossy was given plenty of goodies from our sponsors (including Life Style Sports and Mao vouchers) but it was the game itself that he enjoyed most.

“It was great to be up close to the action on the day, directly behind the Connacht bench. A very enjoyable game to watch.”

Mossy has been involved in his club’s PR since 2010 when he began to assist Keith McCarthy and in 2014 he took over the role of PRO. He has enjoyed developing the club’s social media, creating an e-zine that is full of informative content and producing the club’s yearbook along with Marie Hammond.

His greatest achievement was launching a new website during his first season as PRO. Mossy keeps very busy gathering content from right across the club and while this is not always easy he encourages other PRO’s build relationships with all teams in the club saying “You have got to be persistent. Unfortunately the nature of the role means that you have to constantly chase teams in the club for match reports, articles etc. So you need to keep at it and your hard work will pay off”.

Leinster rugby provides professional support to all club PRO’s through Domestic Marketing Executive Elma Beirne and the Branch’s Domestic PR Committee. Mossy has always availed of that support attending PR seminars, reaching out for advice on specific projects and also by submitting articles that promote his club via the Leinster Rugby website and the Irish Independent supplement. This season sees a further development in how PRO’s are supported with the introduction of a new mentoring system. Mossy, like all PRO’s, will be contacted regularly by a member of our team to offer assistance and to make it even easier for him to promote his club through our media channels.

We in Leinster Rugby would like to take this opportunity to thank all PRO’s across the province for their continued hard work. We will be keeping an eye on all club’s social media and websites and who knows, maybe our next VIP guest will be your PRO.