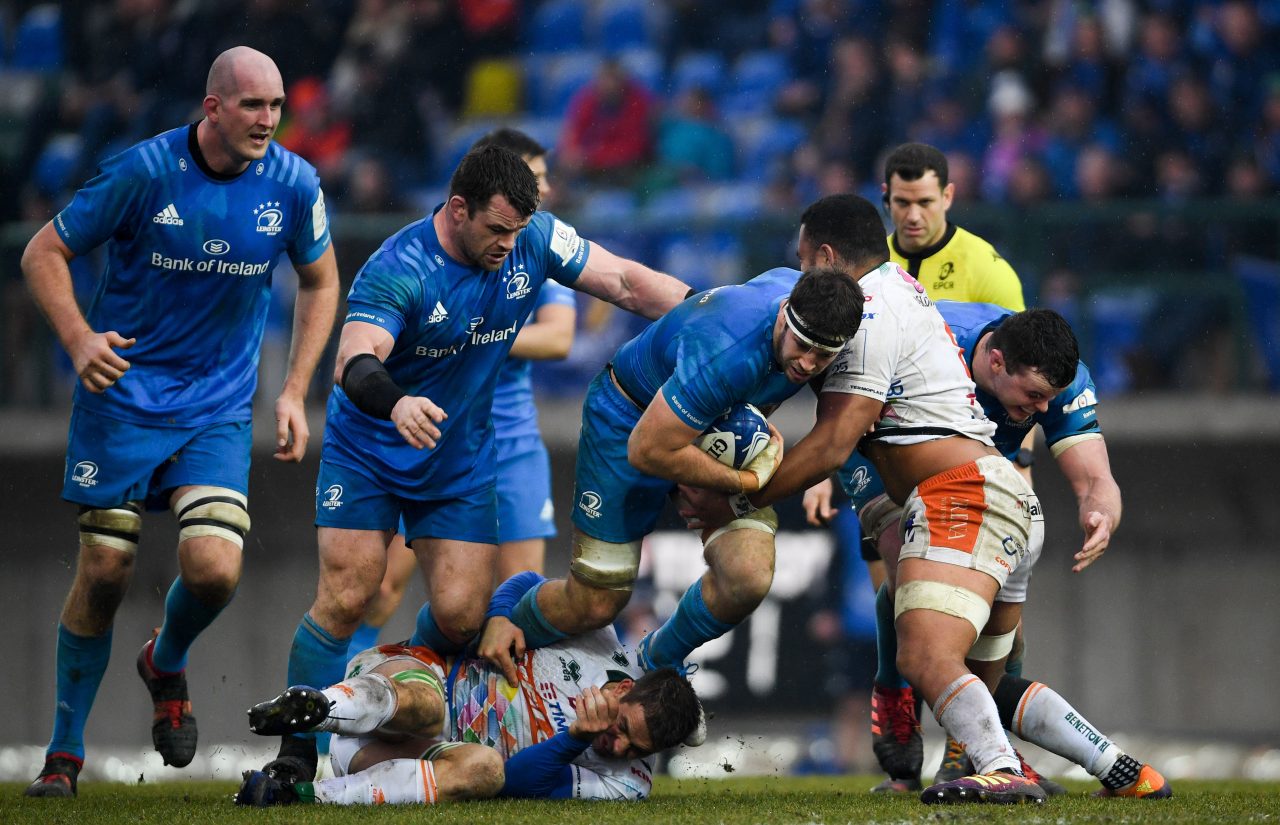 Leinster Rugby secured a home Heineken Champions Cup quarter-final and a date with Saracens after an 18-0 win away to Benetton Rugby in the final round of pool games.

Leinster led 3-0 at the end of a bruising first-half thanks to a Ross Byrne penalty.

Another Byrne penalty in the 52nd-minute extended Leinster’s lead, with Caelan Doris powering over for the game’s opening try shortly after.

A James Tracy try from a lineout maul five minutes later made sure of the win, guaranteeing a home draw in the last eight of the Champions Cup.